Sainz to seek out Alonso for McLaren advice

Carlos Sainz plans to speak to Fernando Alonso this weekend in Belgium to try to get some tips on how best to settle in quickly at McLaren next year. 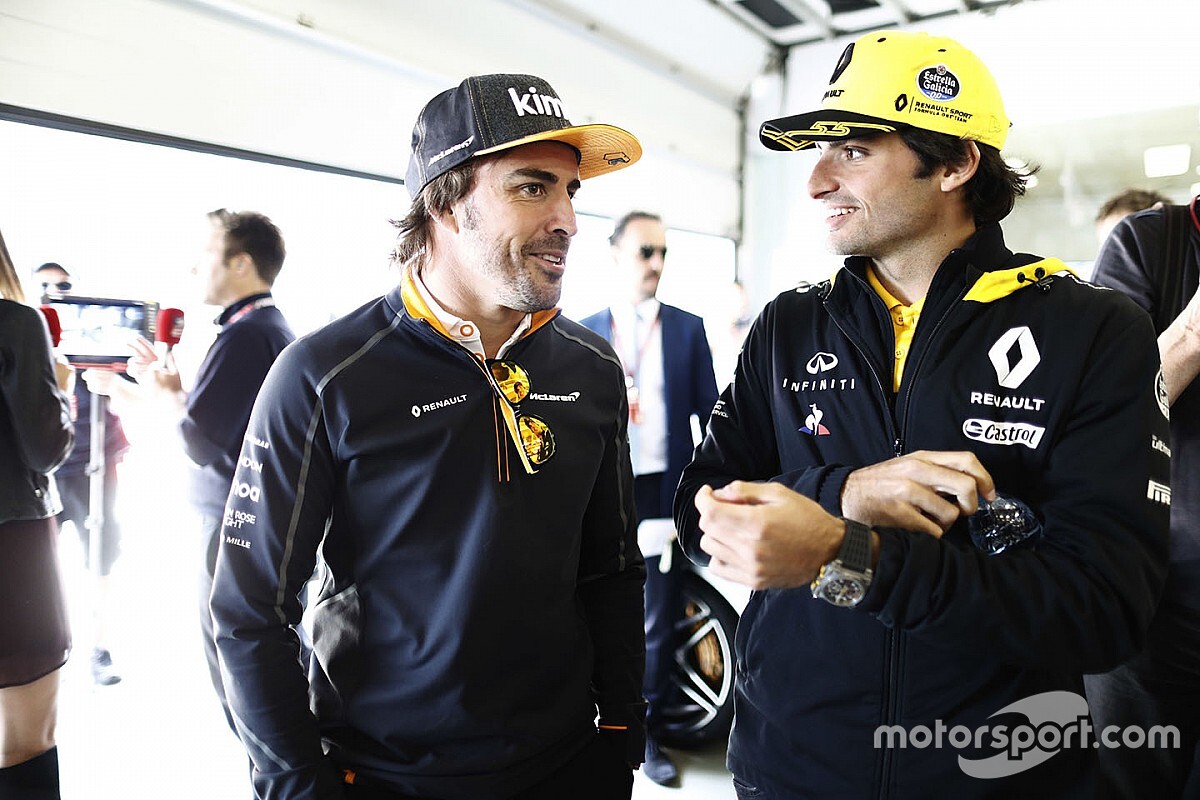 Sainz has just been signed to replace Alonso at the Woking-based team for 2019, having spent this season racing for Renault.

And although the pair are good friends off track, they have yet to have a conversation about their future because of the summer break.

However, in an exclusive interview with Motorsport.com, Sainz has said that he hoped to be able to lean on Alonso for some tips about life at McLaren when they meet again at Spa-Francorchamps.

“We’ve both been on holidays so because of that there hasn’t been much of a contact,” said Sainz, speaking at the Gamma Racing Day at the TT Circuit Assen.

“But apart from that of course when it comes to Spa I will talk with him and will start having conversations with him about next year and how to approach the year.

"And for sure he will let me know the people there and all that, he will give me good contacts.”

Despite McLaren enduring a frustrating season that has not lived up to expectations, Sainz is excited about the challenge that lies ahead in helping try to lift the team up the grid.

But he thinks it far too early to make any predictions about 2019, as McLaren works on a restructuring to try to improve its fortunes.

Asked about he thinks is possible next year, he said: “I don’t know. I don’t know, because I haven’t been in touch with the factory yet.

“But until I get inside the project and start talking with the engineers, and anything like that, I won’t be able to judge that.”

The support series tech that could save F1