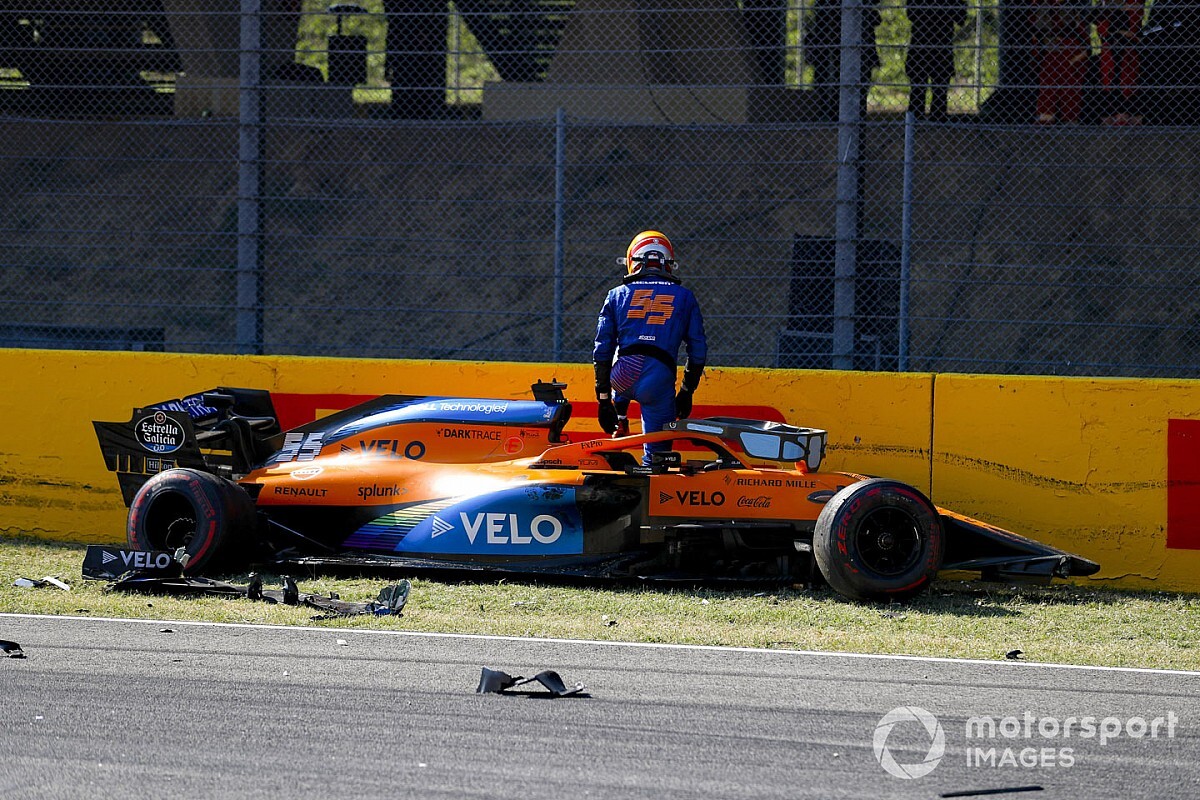 Sainz was caught right in the middle of the melee that was caused at the restart when the back of the pack started accelerating before the race leaders had resumed the race.

Running behind Antonio Giovinazzi, Sainz could not avoid hitting the back of the Alfa Romeo when it ran in to Kevin Magnussen.

"I think Carlos had a bit bruised hands but nothing big, which is good."

Sainz about any after effects: " I am fine. Only a blow to the wrist and hand, but honestly it does not hurt me at all. I am perfectly fine."

He claimed that the nature of the restart had triggered a "very dangerous" situation for those in the middle of the pack.

"I'm happy that everyone is well, because apart from the frustration of not finishing the race in this way, I think what happened today is a very dangerous situation," the Spaniard told Movistar.

"What is clear is that in the rear half of the grid, we thought the race had been restarted, or someone believed it had.

"Then we had to all brake and there was a domino effect. I was coming from last and hit the car in front, taking the slipstream to attack.

"And when we began to accelerate, I found the chaos in front. It was a feeling I do not wish on anyone."

Hamilton: Tuscan GP one of my "most challenging" F1 wins

Bottas "not at all to blame" for Mugello restart crash