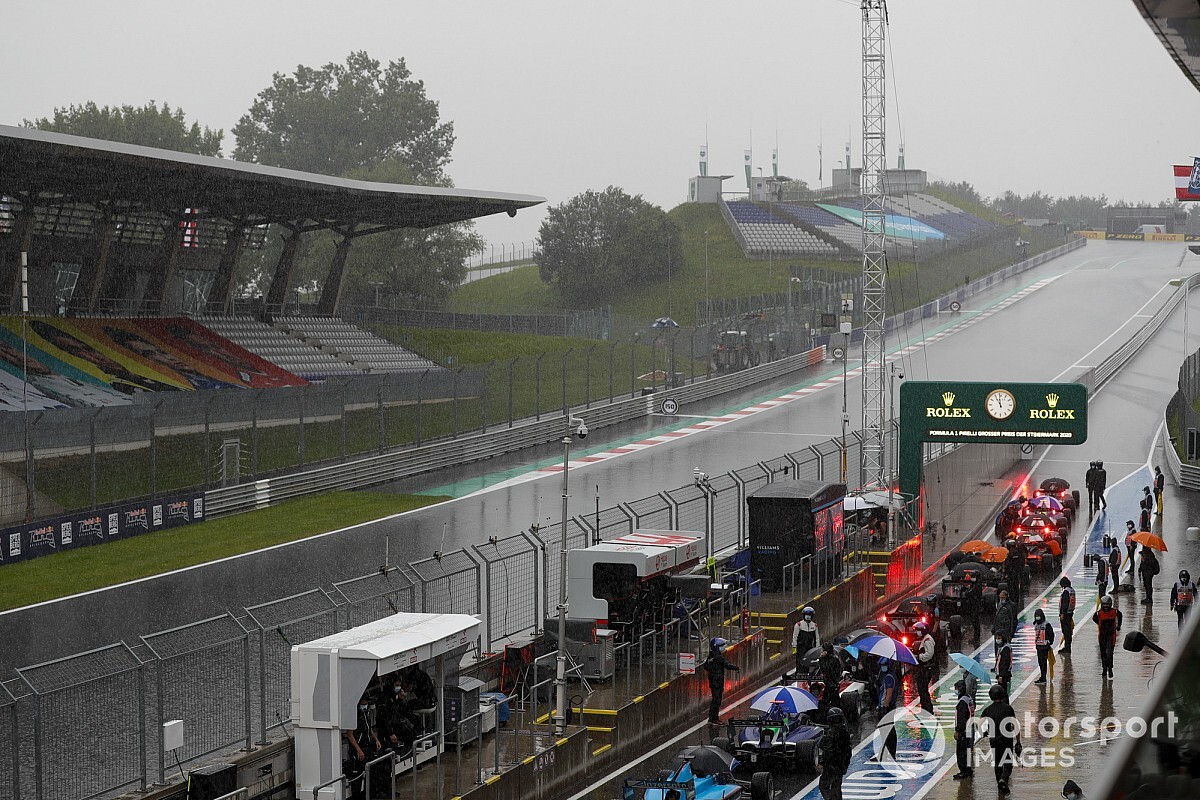 The FIA and teams have been well aware of the incoming bad weather, and had already discussed different scenarios if Saturday’s track action cannot go ahead.

The downpour duly hit the Red Bull Ring shortly before the F3 race on Saturday, with the event eventually abandoned after 14 laps with conditions deemed too unsafe to continue.

F1's final free practice was initially delayed for an indefinite period of time, before it was cancelled altogether.

Current forecasts indicate that the rain will not ease until the late afternoon, which could leave F1 unable to run qualifying.

The first option should qualifying not be able to run today is to slot a session in on Sunday morning, which is now looking possible with the forecasts for race day improving.

F1 race director Michael Masi said on Saturday evening that fears of even Sunday morning being a washout had eased.

“Earlier in the day it looked like Sunday morning was not going to be great either,” he said. “But that looks to have cleared up.”

Should today’s action not take place, and F1 is unable to run a qualifying session on Sunday morning, then the grid would be set by the second free practice times from Friday.

That would put Max Verstappen on pole position ahead of Valtteri Bottas.