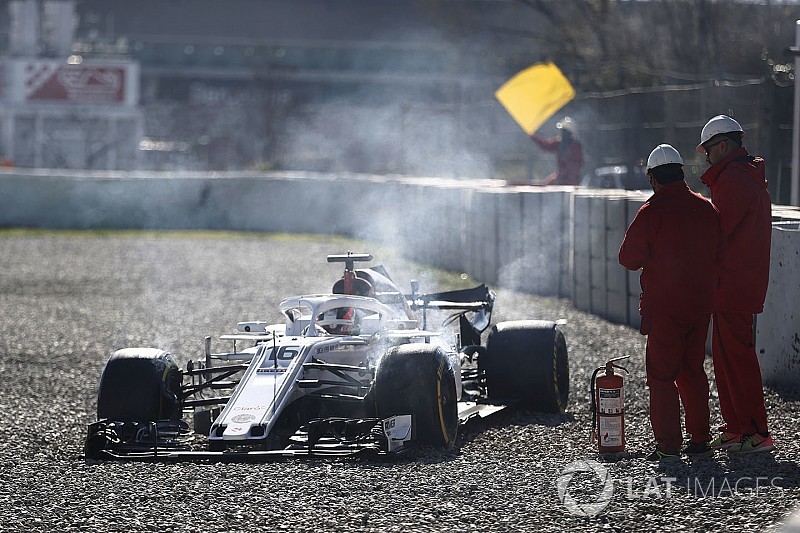 Sauber Formula 1 drivers Marcus Ericsson and Charles Leclerc have admitted its 2018 car was “unpredictable” in testing and must be improved for this weekend’s season-opening Australian Grand Prix.

Ericsson and Leclerc both caused red flags in testing at Barcelona with spins into the gravel.

Sauber’s C37 is a more aggressive concept than its predecessor and Ericsson told Motorsport.com there was still a lot to refine.

“There is a bit in it [both drivers spinning] because we had so many new things concept-wise on our car this year with the aero, mechanical, suspension, everything is different compared to last year’s car,” said Ericsson.

“In testing that was a bit of a theme, that the car was a bit unbalanced and a bit unpredictable to drive, and that’s why we ended up in the gravel a few times.

“But the main thing is we learned quite a lot about the car and with these offs we also learn things.

“We played around quite a lot with the balance of the car, with the set-up, and it sort of caught us out a bit.

“It shows that we still have some work to do to make the car a bit more stable in general, to make it a bit more predictable for us drivers and we hope that what we learned from testing we can implement now and make stability a bit stronger here.”

Leclerc will make his F1 debut in Sunday’s grand prix and said he had to take some responsibility for the testing incidents.

However, he agreed with Ericsson’s assessment that the car was “a little bit unpredictable”.

“It probably came a little bit from me, I’m still not experienced in F1, I still have a lot of things to learn,” the Formula 2 champion told Motorsport.com.

“I will not give all the fault to the car. It comes also a little from myself, a little bit half-half.

“It was definitely not easy in Barcelona but I think we have identified some issues and will come back stronger here with a better car and an easier car to drive."

Inside Line F1 Podcast: F1 under pressure from other series

Red Bull: RB14 giving nothing away in corners