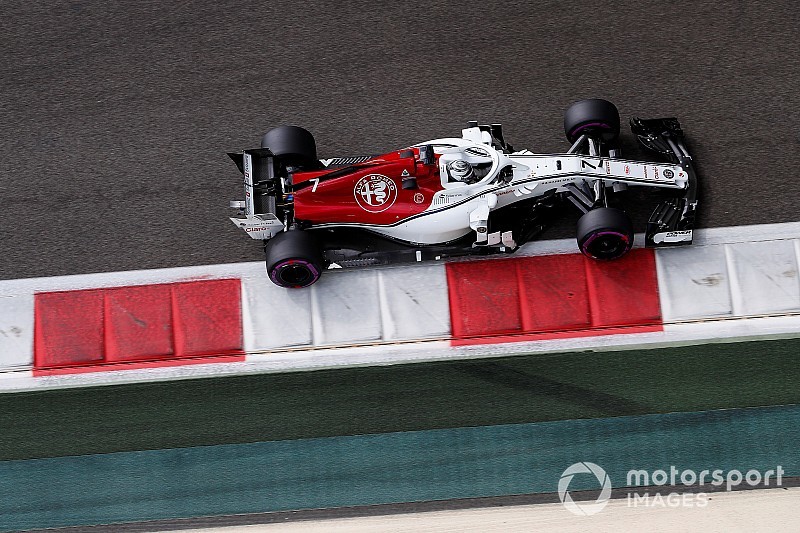 Sauber has "good expectations" for the 2019 Formula 1 season because of how early it switched "all resources" to its new design.

The Swiss team was one of the surprises of 2018 as it progressed from fighting Williams at the back of the grid in the season opener to establishing its C37 as arguably the fourth-fastest car by the end of the year.

Its driver Charles Leclerc insisted that constant progression was a result of it understanding the car more rather than ongoing development, and team boss Frederic Vasseur told Motorsport.com Sauber did not compromise 2019 "at all".

"We have good expectations but when you have a change like this into the regulations it's a drastic one. You never know.

"You can take the wrong direction and we will understand this perhaps [only at testing] in Barcelona because nobody knows exactly what the others are doing.

"My feeling is very positive, that we are still improving week after week and with the same purpose we had this season.

F1's all-conquering team Mercedes has warned that big teams could be caught out by the aerodynamic changes for 2019, which involve simpler front wings and bargeboards among other revisions designed to make cars easier to follow.

Sauber made the most progress of any team in 2018 but Vasseur said it did not matter that it only finished eighth in the constructors' championship.

"I don't want to say I don't care but it won't change my view on the season," said Vasseur.

"We are fighting towards the top 10, and in terms of teams between P4 and P6. We have to do at least the same next year. It will be the target."

Why an F1 veteran is embracing Esports

Mercedes has "clear intention" to remain in F1 under Wolff

When a red flag ruined a Monaco GP thriller