Sauber says it will wait for Ferrari to decide what it wants to do with Charles Leclerc and Kimi Raikkonen for 2019 before it makes a call on its second driver.

The Swiss outfit has free choice over one of its cockpits but, as part of the team's title-sponsorship deal with Alfa Romeo, Ferrari has the right to nominate who takes its other seat.

It is understood that a decision on this front only has to be made by October 15.

Currently, Ferrari is finalising whether Kimi Raikkonen or Leclerc will be Sebastian Vettel's teammate next year.

If it decides Raikkonen is staying put, the Italian team will then have to decide whether Leclerc stays at Sauber or it tries to do a deal with Haas. Should those talks come off, Antonio Giovinazzi would then be slotted in as his replacement.

With that situation remaining fluid – especially with growing indications that Raikkonen will stay on board – Sauber team boss Fred Vasseur has said that it is better for his team to hold back before choosing its second driver.

Asked by Motorsport.com if the team will wait on Ferrari or decide its other seat first, Vasseur said: "We could [choose first], but the line-up is important. The combination is an important point and it is always much better [to know who both are]."

"I don't know when they confirmed Kimi last year. I think it was much later into the season...it is not because [Daniel] Ricciardo moved that everybody has to take the decision within a week."

Vasseur still thinks it is very early in the year to need to sort his drivers, and says that historically things have been decided at his team much later than now.

"Honestly if you look at the past, we are quite early into the season," he said. "If you look at last year and the years before, at this stage of the season more or less nothing was done.

"I don't know what happened during the summer, if there was a mosquito or something like this, but they [the market] got crazy. We have to take it calmly.

"The most important thing for me is to stay focused on the current races, Spa and Monza are two important events for us, and I am trying to keep the teams and drivers in the right way, and it is not easy."

Asked if Sauber could even wait until the winter to decide, Vasseur said: "When a big part of the pieces of the puzzle are on the table at one stage, you have to close the deal." 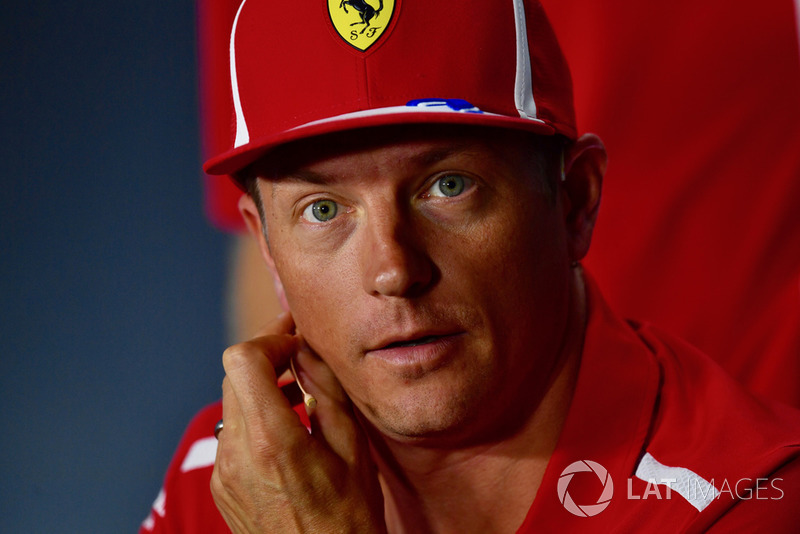