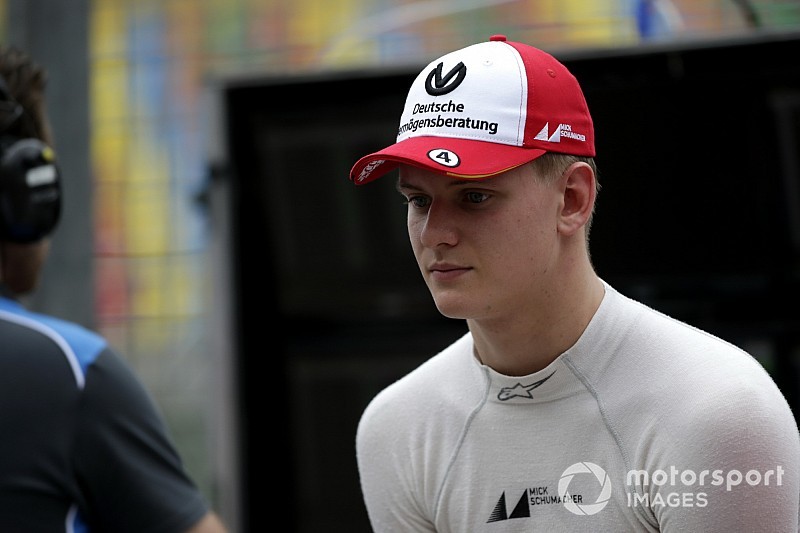 The 2018 European Formula 3 champion has courted the interest of F1's biggest teams since clinching his maiden car-racing title last season.

Schumacher's father won five of his world championships with Ferrari in a dominant spell from 2000 to 2004.

He spent 11 seasons with the famous Italian manufacturer, joining them in 1996 before retiring for the first time at the end of the 2006 campaign.

Mick Schumacher has not been affiliated to an F1 team since starting his car-racing career in 2015, although he had an unofficial link to another of his father's former teams, Mercedes, during his two seasons in F3 because he used the German manufacturer's engines.

Ferrari has made it clear in the past that it would jump at the opportunity to work with Schumacher, who is still only 19.

It is understood that a deal for Schumacher to join the Ferrari Driver Academy is close to being made official.

A request for comment from Schumacher's camp has not yet been returned to Motorsport.com.

The move will likely give Schumacher, who is preparing to race in Formula 2 this season, his first mileage in an F1 car during one of the in-season tests.

There are two two-day tests scheduled during the 2019 campaign, and two of those days must be completed by a driver who has not competed in more than two world championship F1 races in their career.

Ferrari leant on Antonio Giovinazzi to fulfil this criteria last year, but the Italian has moved into a full-time race seat with Sauber for 2019.

That would make Schumacher, who has enough superlicence points to qualify for a race licence let alone test an F1 car, the prime candidate to test with Ferrari.

Current FDA members Callum Ilott (a GP3 race winner in 2018) and Marcus Armstrong (who finished fifth in Euro F3 last year) would also be in the running, with Armstrong considered the likelier of the two to get such an opportunity.

Schumacher tying up with Ferrari would reunite two of F1's most famous names.

Michael Schumacher, the most successful driver in grand prix history, has not been seen in public since suffering a severe head injury in December 2013.

His 50th birthday celebrations earlier this month were marked by a series of tributes from some of F1's biggest personalities.