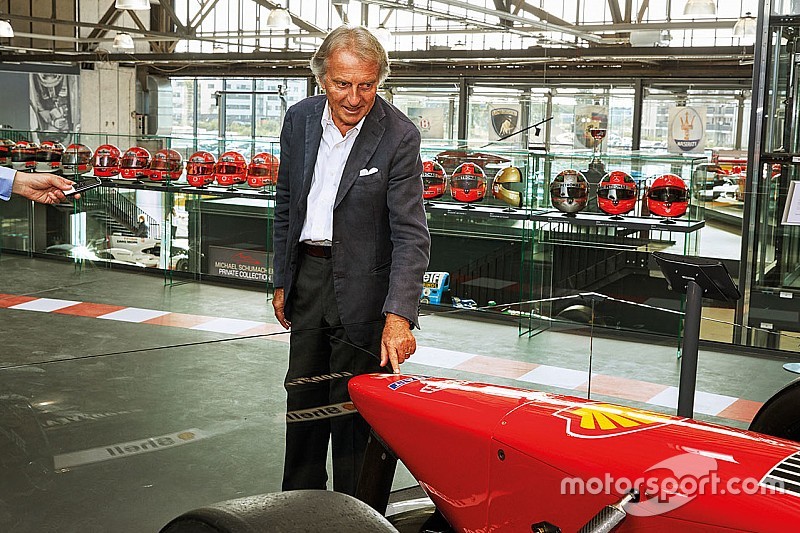 The man responsible for bringing Michael Schumacher to Ferrari, former president Luca di Montezemolo, takes F1 Racing on a guided tour of a new private collection dedicated to the career of the seven-time champion.

In a long glass cabinet sits a pristine line of caps: each one was worn by Michael Schumacher during a specific year in his career. At the end of the row are a few silver caps from those 'comeback' years with Mercedes (2010-13), but predominantly they are red.

The decade at Ferrari, 1996 to 2006, is neatly laid out, but in the middle of the line is a strange anomaly. A cap is missing. In its place is a scruffy-looking, long-haired, bright-red wig. It's peculiarly incongruous - until you realise its significance.