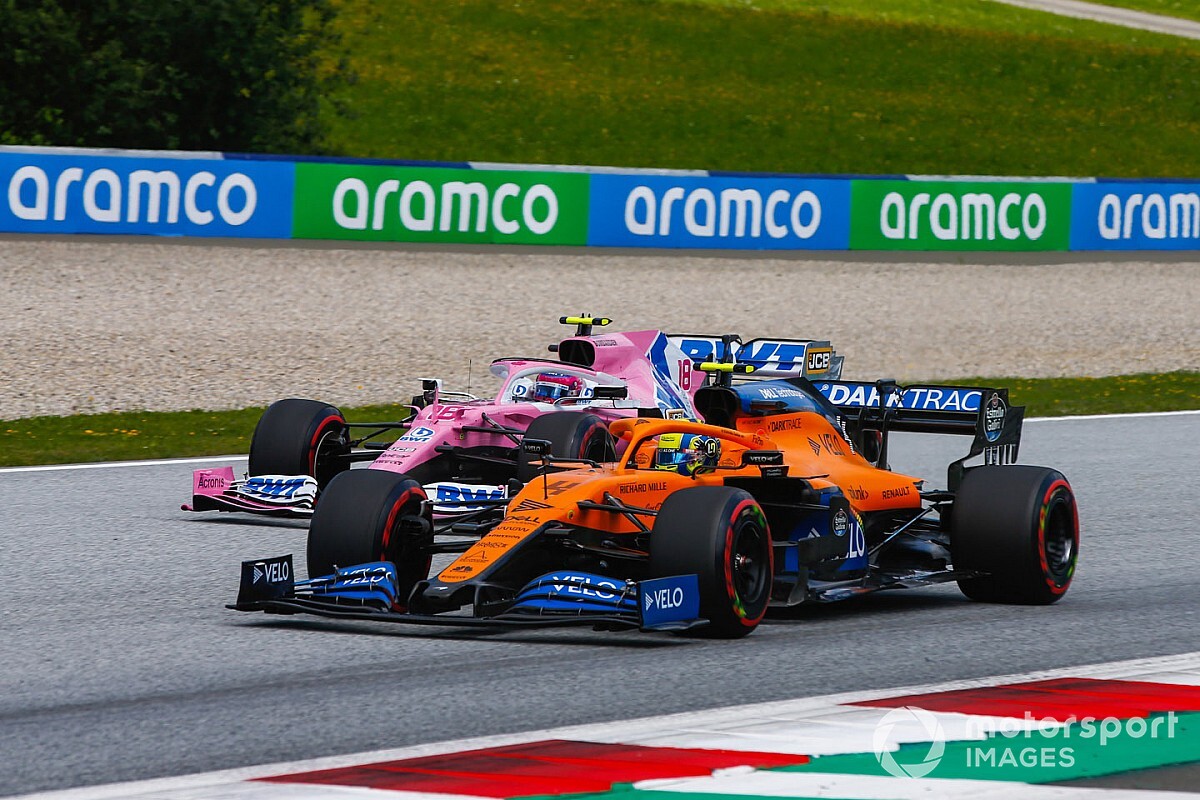 Racing Point has openly acknowledged it designed its 2020 car based on the 2019 title-winning Mercedes W10, causing it to be dubbed a 'pink Mercedes', but has always maintained it did so within the rules.

The FIA is set to rule on the protest during the gap between this weekend's Hungarian Grand Prix and the British Grand Prix at the beginning of August.

McLaren F1 chief Seidl has frequently referred to Racing Point's car as "last year's Mercedes", but previously said he believed there were no grounds for a protest.

Speaking on Friday, Seidl said he would be "surprised" if Racing Point's car was found to be illegal given how outspoken the team has been about its design.

However, he felt the case would address the wider issue over the status of independent teams and constructors in F1, fearing it could set a precedent for the sport's future.

"This protest is another key element on making some clarifications, on the FIA and Formula 1 side of what they want Formula 1 to be in the future," Seidl said.

"Do they want that Formula 1 is ending up in a copying championship? In a championship where you end up with two or three constructors' or manufacturers', and we simply have then more cars of one manufacturer or constructor on track?

"We definitely think [it] is the wrong way to go for Formula 1, and is not a sustainable way for us."

Seidl said that while the FIA was only looking into the similarities between the design of the brake ducts on the 2019 Mercedes and the 2020 Racing Point, there were bigger implications concerning all of the work that goes into the car by teams.

"Formula 1 always has been a competition between 10 constructors', where the final car in the end is the result of the know-how, the power, the engineering power you have built up within your own team over years," Seidl said.

"Each part of a Formula 1 car is part of the entire car concept. That's something Formula 1 simply has to decide which way they want to go.

"I think our position is clear, what we want to see, and it's important to get these clarifications now in order to also make up our mind on how we see our future as a team.

"But we clearly want to be our own independent team with our own identity, and yeah. So looking forward to the outcome of this."

Asked if F1 would be in danger of no longer being a championship between 10 independent constructors' if the FIA cleared the Racing Point, Seidl replied: "There's definitely the risk.

"I think this protest, again we don't know all the details behind it, I think it doesn't cover the entire topic that I described before, but it's one element of it.

"And obviously every clarification we get now I think simply can help chasing that direction."