Four-time world champion Alain Prost tells of the day that everything changed in his relationship with his arch-rival Ayrton Senna, six months ahead of the legendary Brazilian's death at Imola.

“I’m not going to celebrate like some people,” says Alain Prost of the anniversary of Ayrton Senna's death at Imola on May 1 1994. “I can answer these questions about him, no problem – he was an exceptional guy – but I just don't see it the same way as the other guys do.”

To understand why, you have to appreciate the background of their shared history: Prost and Senna fought out what was arguably Formula 1's greatest rivalry. After they became team-mates at McLaren in 1988, the first spark flew when Senna aggressively shoved Prost towards the pitwall at Estoril, later prompting the Frenchman to state: “Sometimes I admit I was frightened by him; he was prepared to do anything.” 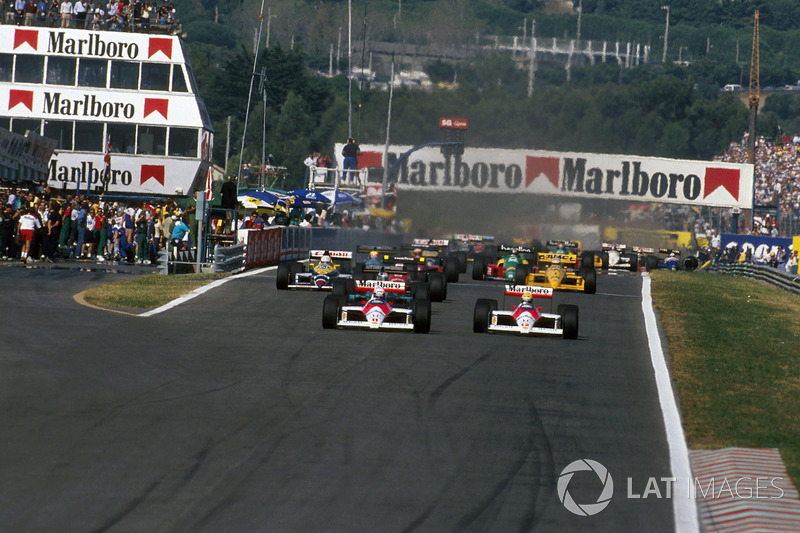 Apart from several media spats that occurred before Senna was crowned world champion in 1988, the true ignition point for their bitter conflict was Imola '89. Senna passed Prost on the approach to Tosa at the restart after Gerhard Berger's fiery crash, breaking what Prost saw as an agreement not to pass each other there. But Senna was adamant he had the move completed before the corner, so in his mind that didn't count.

Whether it was gamesmanship on Senna's part or twisting logic in his own favour, Prost was furious and their enmity would run and run.

Their successive title-deciding collisions at Suzuka in 1989 and '90 tarnished F1's reputation and moved the goalposts in terms of the lengths drivers would go to win. 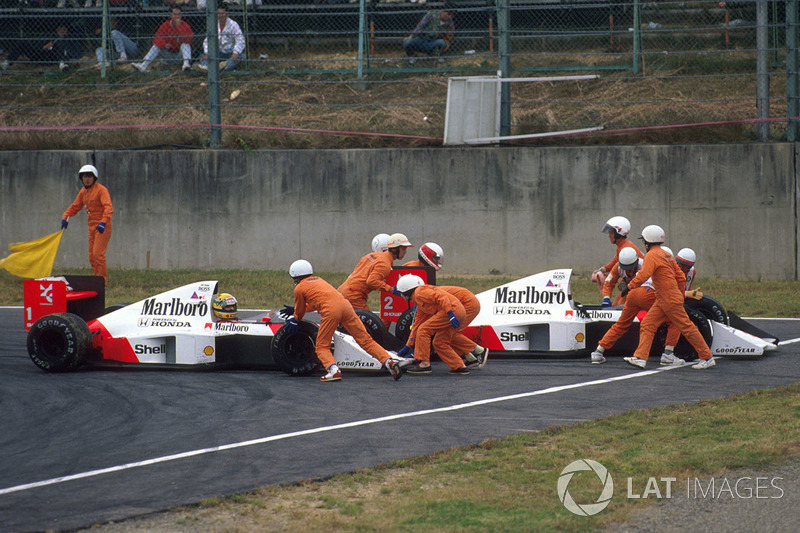 Both felt hard done by: Senna believed that the FIA had manipulated the '89 result in Prost's favour – “a result of the politics we had,” he'd claim – while Prost questioned Senna's ethics, and even his sanity.

But the antipathy that rumbled for half a dozen years was ended by Prost's retirement following his 1993 title success with Williams.

From that point on, these sworn enemies became friends. Which is almost unbelievable, given what had gone before when Senna had often refused to refer to Prost by name, never mind shake his hand or speak to him directly. 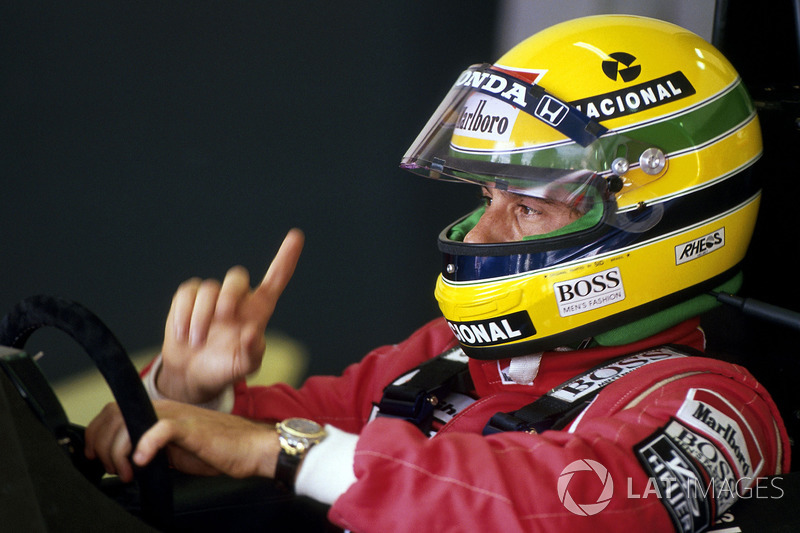 “I don't keep the bad moments or any bad souvenirs in my mind about him,” Prost says. “I keep the last six months [of his life] in mind. That's when I knew Ayrton much more than ever before.

“He was a completely different person, I understood who he was and why he was acting sometimes.”

When you considered the ferocity of their duel, encapsulated by Senna launching his McLaren flat-out into Prost's Ferrari at the first corner at Suzuka in 1990, this is quite a reversal in their relationship to comprehend. 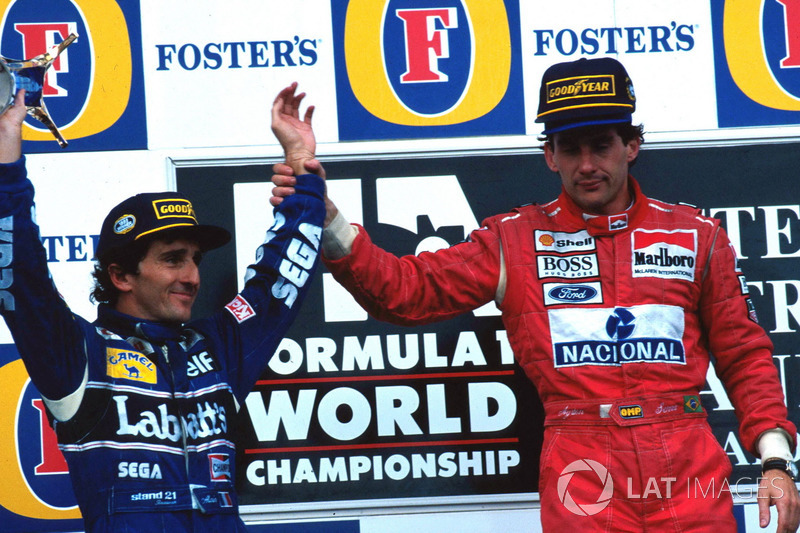 “I look back on how he was [when they were rivals] as a compliment,” he adds. “I came to understand that Ayrton's main motivation, almost his sole motivation, was to focus on me and on beating me.

“That is why when we were on the podium together in Australia in '93, when I stopped, just a few seconds later he was already a different person [recall that following what would be his last-ever victory, Senna insisted that Prost stand with him on the top step of the podium after Alain received his runner-up trophy, physically pulling him up to stand arm-in-arm together].

“That is the souvenir of our relationship that I carry with me today.”

Prost recalls his post-retirement dealings with Senna fondly, and acknowledges the irony that their conversations of the time were often about the need to increase car and circuit safety with what transpired.

“Near the end, when we were close, it was very strange because we would talk about the bad safety and this kind of thing,” says Prost. “He would ask me many times to take the lead of the GPDA, and I said no. We had some very private discussions together around this time. It was very strange.

“I keep this souvenir [of him] from then right until his last day, because I met him two or three times, and just before [the race at Imola] – and of course he was already this different person to me. That is why I prefer to think about that alone.”

Of the terrible events of Imola that dark weekend in 1994, a race Prost attended to commentate on for French TV, he spoke to Senna on numerous occasions - twice on the morning of the race: once when Senna sought him out in the TV compound; and a second time when Prost went to see him in the Williams garage.

Recall too that Senna had sent the radio message (“a special hello to my dear friend Alain - we all miss you, Alain”) from his car to the commentary box over the radio during a lap in practice.

Prost confirms: “Ayrton called me on Saturday, so I met him on Saturday, and I met him on Sunday twice - the main constant [of their conversations] was safety and the fact that he was not happy with the situation, thinking that the Benetton was not legal. He was very focused on that, but it was very weird... Very weird.”

From Duke Video: Senna – Racing is in my Blood...

Verstappen: No falling out with Ricciardo over Baku crash