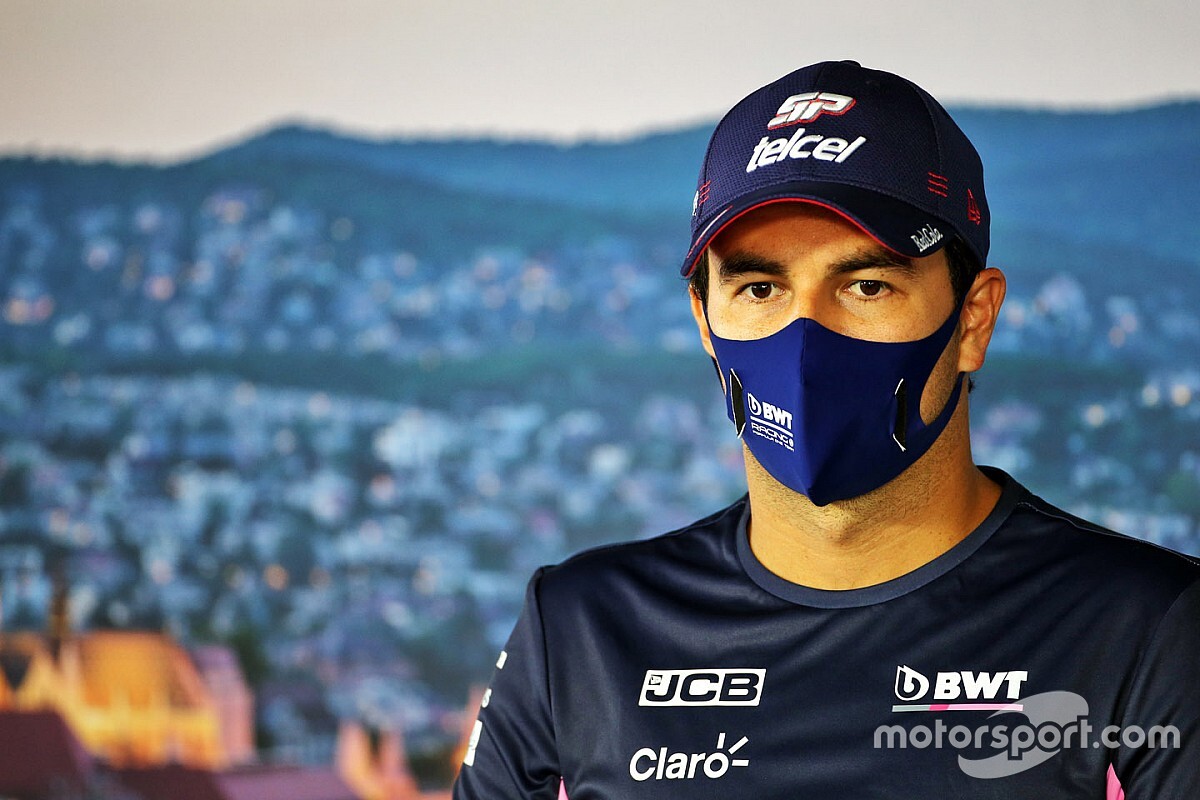 Racing Point’s Sergio Perez tested positive for coronavirus ahead of this weekend’s Formula 1 British Grand Prix and will be replaced by Nico Hulkenberg.

As part of F1s newly-introduced protocols to ensure the safety of personnel, all members of the paddock are tested every five days for COVID-19.

Prior to his visit to Silverstone for F1’s second triple header, a routine swab test for Perez returned inconclusive results following which he entered self-isolation.

A coronavirus test is used to detect two particular COVID-19 genes and a patient is declared positive if both genes are found. However, if only of those genes is present, the test may produce an inconclusive result

A second test was carried out on Thursday, with the result announced in the evening revealing Perez has coronavirus.

Racing Point subsequently issued a statement revealing that the Mexican driver is “physically well and in good spirits” and “will continue to follow the procedure mandated by those authorities”, including entering a period of mandatory quarantine.

This caused Johnson to miss the Brickyard double header, but the 44-year-old was able to make a return to racing at Kentucky after returning two negative tests.

While the Australian Grand Prix had to be cancelled after two members of the McLaren team were declared coronavirus positive, F1 will press on with the British GP, having previously stated that the provisions they have put in place will allow the show to go ahead even if 10 members of the paddock are tested positive.

These measures include dividing the paddock into self-contained social bubbles to ensure each person comes in close contact with only a small group of people.

Racing Point revealed that the staff which came into contact with Perez are all in self- isolation now.

How long is Sergio Perez out of Formula 1?

The FIA and Racing Point have already announced that Perez will miss this weekend’s British Grand Prix.

As per the UK regulations, a coronavirus positive patient must undergo quarantine for 10 days, which would rule out Perez for next weekend’s second race at Silverstone - the 70th Anniversary GP - as well.

This means the Spanish Grand Prix on August 14-16 is the earliest Perez can make his grand prix return, provided he fully recovers from the infection and returns negative results.

However, should he be not fit with the Barcelona race, the Belgium Grand Prix at Spa-Francorchamps on August 28-30 will be his next opportunity to make a comeback.

How long will Hulkenberg race for Perez?

At the moment, Hulkenberg is only due to drive for Racing Point for the British Grand Prix. However, it is likely that he will be retained for next weekend's 70th Anniversary GP, which will also take place at Silverstone.

He has been away from F1 for only a brief period of time, having taken part in his last race in Abu Dhabi in December 2019.

Typically, an F1 team has a reserve driver who can be called upon at short notice should any of its race drivers not be able to take part in a grand prix weekend.

But Racing Point has an unusual arrangement in which it relies on Mercedes’ reserve drivers Stoffel Vandoorne and Esteban Gutierrez.

Vandoorne was unavailable for the British GP as he prepares for next weekend’s Formula E races at Berlin, while Gutierrez’s lack of experience in post-2017 F1 cars made him an unfavourable candidate.