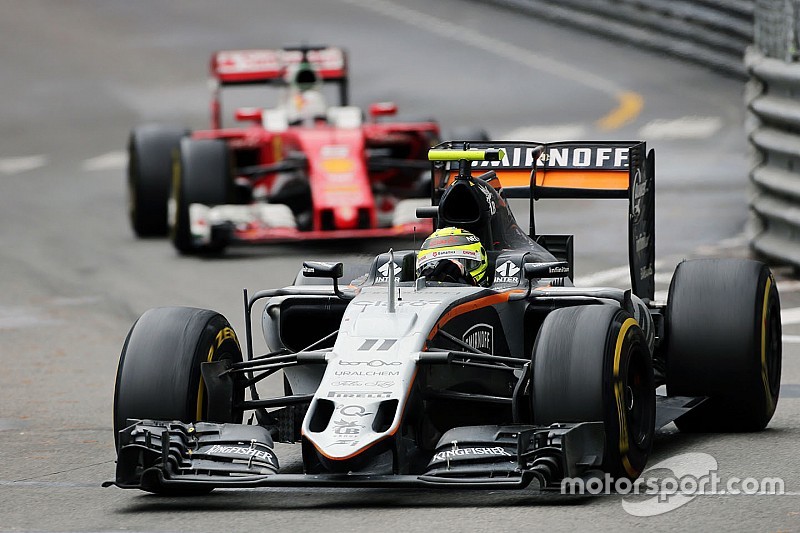 Sergio: “A podium in Monaco is a very special moment. It’s one of my best ever races, especially when you see how difficult the conditions were today: you had to concentrate so hard and it was easy to make a mistake. The key to my race was the strategy and we got things just about perfect today. The first difficult decision was when to fit the intermediate tyre and we delayed this as long as possible. The team said it was my call when to come in and it paid off because we managed to jump a couple of cars, including my teammate. The switch to dry tyres was another key moment because I pitted early, a lap before Rosberg and Vettel, and managed to jump ahead of them. The soft tyres worked really well, but I knew I needed to look after them and it wasn’t easy because there was pressure behind from Vettel for most of the race. Everybody in the team deserves this result and I want to dedicate this podium to Vijay Mallya in particular.”

Nico: “It was ultimately a disappointing race for me, despite getting back to scoring points. I feel the timing of our first pit stop was wrong and that cost me track position and put me straight into traffic. This effectively ruined my race, as I spent the rest of the afternoon stuck there. It’s very frustrating as I had the pace to be on the podium today, but this is racing and it’s just the way it often is in Monaco. I was able to finally get past Rosberg with a good move on the exit of the final corner: we were on worn out tyres, it started to drizzle and it was very tricky to keep the car facing in the right direction. I got a better exit out of the corner and I think I got him by just a car’s length. All in all, I still feel it’s a huge missed opportunity for me. The car was in the sweet spot, it gave me a lot of confidence and I just had a good feeling today, but it was not to be.”

“What a race! It’s amazing to be celebrating our fourth podium finish and Sergio's third with the team. It wasn’t easy to make the right calls with the strategy, but when given the opportunity to score a special result, Sergio didn't put a single wheel wrong and grabbed it with both hands. To be honest, these decisions can often go the other way and we will review the wet to intermediate call we made with Nico. We opted to make an early stop for the intermediate tyres, but he got stuck behind Massa, which proved very costly for his race. Despite the disappointment for Nico, it's a very special day for the team, one that will live with us for a very long time. It's our best ever result in Monaco and we will celebrate this moment. We have reclaimed fifth in the championship, we showed that the VJM09 is a very competitive package and we got a big confidence boost as we head to a number of tracks that will play to our strengths.”

Error, podium and disappointment for Red Bull on the Monaco GP