Sergio Perez will have to start the United States Grand Prix from the pitlane after he failed to stop for a weighbridge check at the end of second practice in Austin. 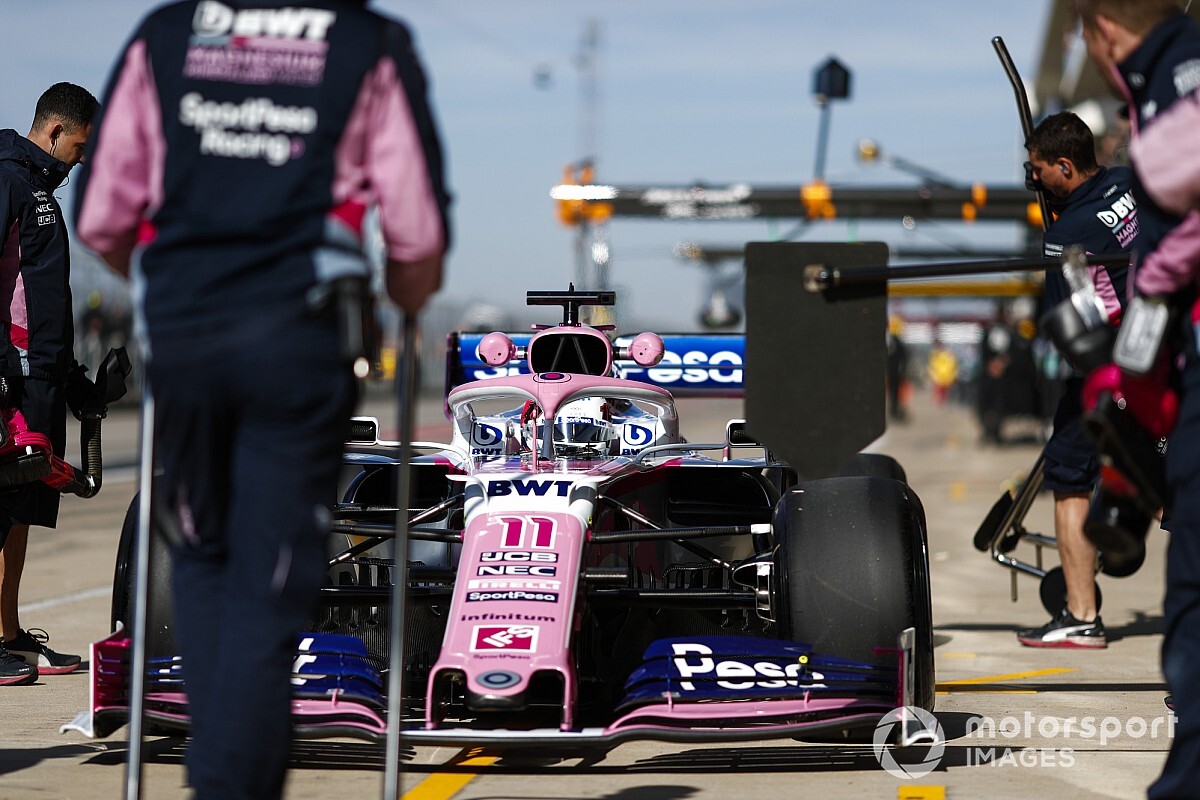 The Racing Point driver missed the lights calling him in for a check, but halted briefly in the pitlane when his team told him about it. After questioning what he should do, he was ordered to return to the garage where the team conducted a practice pitstop. Afterwards, he was wheeled back for the weight check.

However, F1’s sporting regulations are strict in stating that any time a driver misses a weight check and their car is worked on, they must be given a mandatory pit lane start penalty. After speaking to Perez and his team in Austin on Friday night, the FIA said that it therefore had no option but to impose such a punishment on him.

A statement said: “The Stewards reviewed video evidence and heard from the driver of car 11 (Sergio Perez) and the team representative and determined that the driver failed to stop for weighing when required to do so.

“Instead, he drove on and proceeded to do a pit stop where the car was worked on by lifting the car and all four wheels were changed, in breach of Article 29.1 a).

"The penalty imposed is a mandatory penalty specified under the Formula One Sporting Regulations and the Stewards note that they have no discretion to impose an alternative penalty.”