Sainz: McLaren could be in "trouble" if it rains at Spa 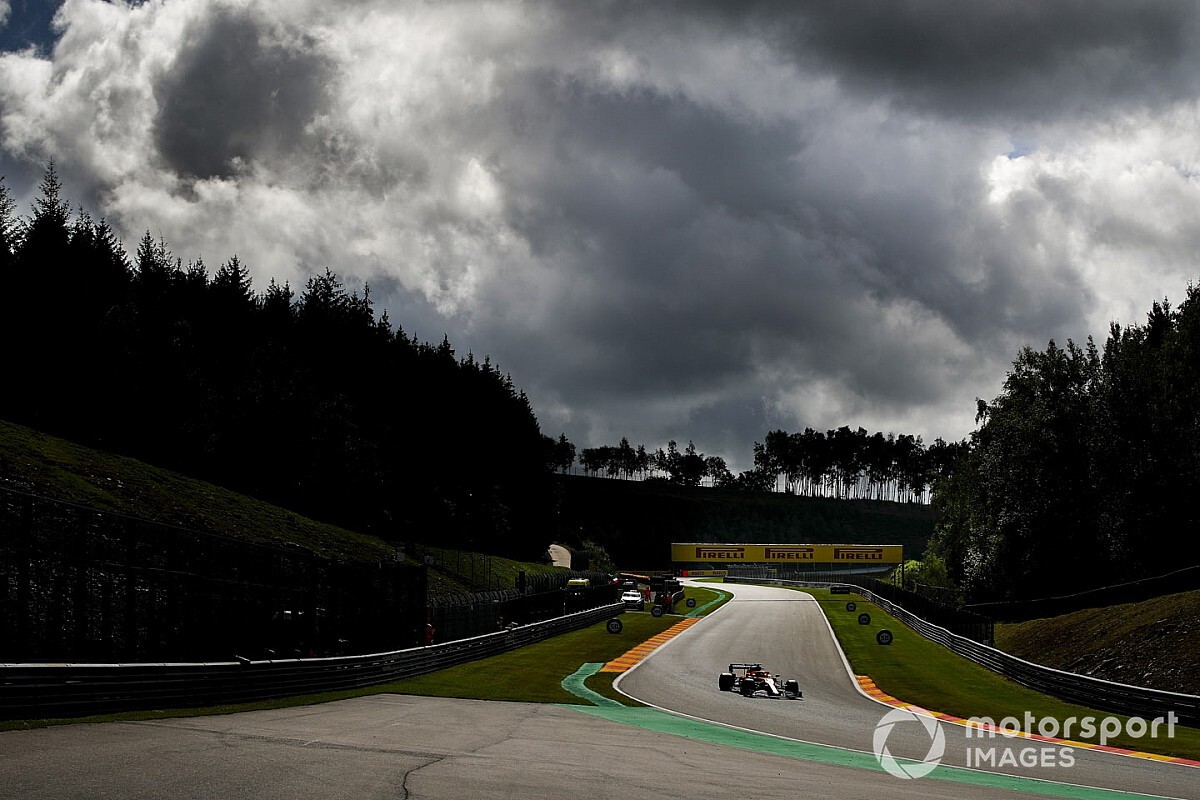 Carlos Sainz says that McLaren could be in a "bit of trouble" if it rains in the Belgian Grand Prix after the Formula 1 team opted to run an ultra low downforce set-up at Spa.

With the rain forecast on Sunday, some teams took a step back from the trimmed out levels they ran earlier in the weekend in an attempt to ensure their drivers have more grip for a wet race.

McLaren chose not to do that, and Sainz qualified seventh in a dry session, three places ahead of teammate Lando Norris.

“We elected to run super low downforce, which means if the rain comes, we might suffer a bit,” said the Spaniard.

“So normally on Saturday if I see there's any rain risk, I would actually sing and try and make the rain come because as you know, I like the rain, and for a midfield car it's always nice to have rain, because it means maybe there's opportunities for a bit more than P6 or P5 or P7.

“So I'm always looking forward to the rain, but maybe there's one race that maybe would not suit us very much it's here in Spa because of the little wing that we are running. We could find ourselves a bit in trouble if it suddenly rains. So let's see.”

Sainz said that seventh was the best the team could achieve in qualifying.

“I think we're in a very strong position, definitely the strongest that we can be. All the cars that we have in front I think are quicker both in race pace and in quali.

“I think the Renaults have been three-tenths ahead all weekend, they look to be very competitive, same as last year in Monza, so difficult for us to beat them. Surprised to qualify ahead of the Racing Points.

“I'm pretty sure they will put on a very big fight tomorrow, but at least we are there in the middle of the pack. We can play a bit around with strategy. I think it's lower deg than what we expected coming into weekend, but it's also much, much cooler than last year.”

Asked about the car’s speed through the Pouhon left-hander, he said: “I'm happy to say that even with this low downforce package that we have elected we have a very strong car that today could have made Pouhon flat.

“But we were not doing it because we just simply couldn't add enough front wing because our low speed performance is not good.

“And we cannot add the front wing. But if we would have wanted to do Pouhon flat today just for the show, we would have clearly done it, which shows we have a very, very strong car in high speed, we just had a very small lift because we had a bit of understeer because of our lack of front wing, but we were doing it on purpose. So yeah, good news.”

Mugello to allow fans in at Tuscan Grand Prix F1

F1 newcomer Haas invites Penske and Hendrick to join him