AlphaTauri’s struggles on the opening day of Formula 1’s British Grand Prix have been triggered by Silverstone’s high-speed swoops exposing the weaknesses in its car, says Pierre Gasly.

The Italian squad endured a difficult first day of practice, with Gasly ending up 18th in the dry FP2 and teammate Yuki Tsunoda only two places further ahead.

Although Gasly says his afternoon running was not helped by car damage, he says that the AT03’s deficit to its rivals on the kind of quick corners that make up the Silverstone circuit explain its form.

“It clearly exposes us,” he said. “You have these very long 180-degree corners, which are usually not our favourites, and a lot of high-speed content as well, Turns 1 and 2, Maggotts and Becketts. And that's where we seem to struggle.

“I think McLaren is the complete opposite. They're pretty fast on this type of corners and we saw it today.

“On our side of the garage, we damaged some parts on the car quite early on, so clearly it made life even worse. But I think generally we are just lacking pace, so we will have to see if we can come up with some solutions for tomorrow.” 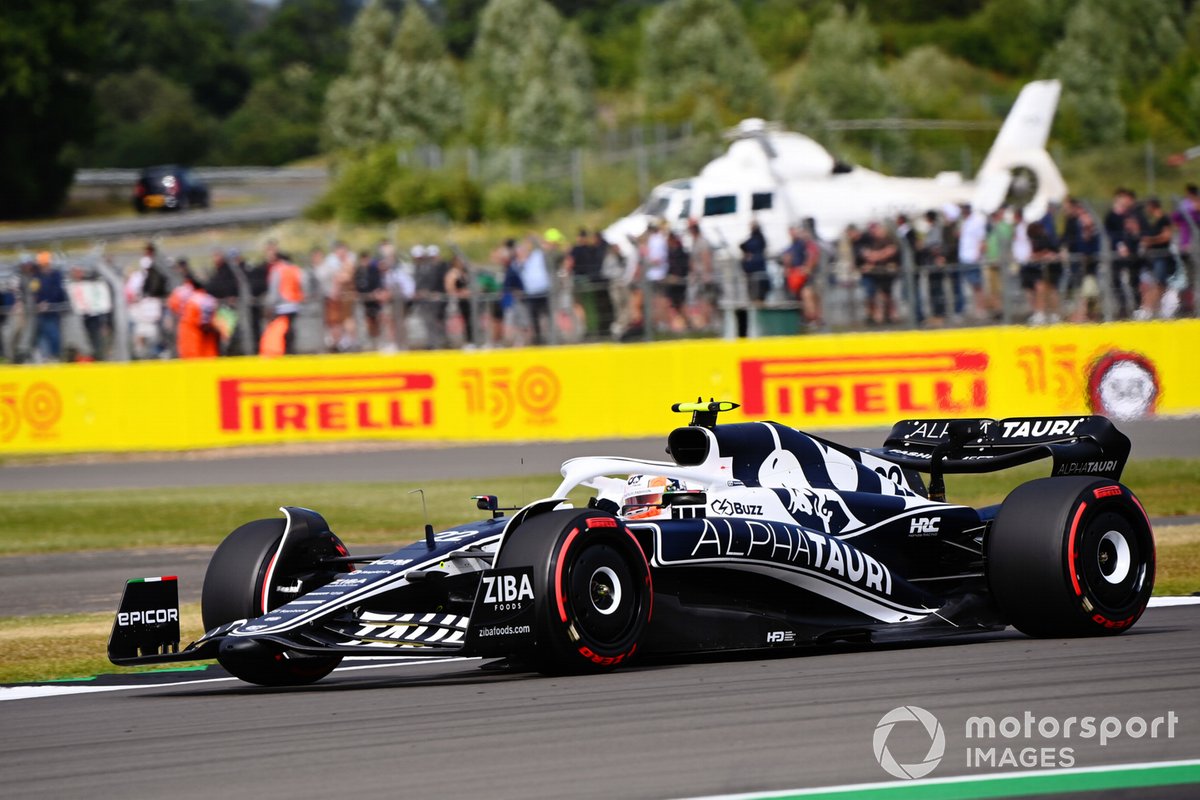 Tsunoda felt that unless the team found a big overnight change to lift its form, then it was potentially braced for a struggle to get out of Q1 on Saturday.

“We are kind of quite far away,” said the Japanese. “It's not like a small step. So yeah, we need something: big, big steps. Hopefully that works more well tomorrow.

“So far it looks like we are even struggling to go through to Q2 at the moment. So one of the toughest weekends.”

Gasly says the characteristics of its car means that there is little hope of a reprieve in Austria next weekend – although that was no excuse to give up.

“I think the two coming weekends are going to be quite tricky based on the track characteristics,” he said. “But you know, we should not start the weekend thinking with defeat mindset, so we need to work.

“We know it's not easy, but that's why we need to be on top of our game, and try to do even better if we want to have a chance to get any reward on Sunday.”

Hamilton is right: it's about action for the future, not giving the past a platform

Herta not giving up on "F1 dream" despite likely superlicence rejection