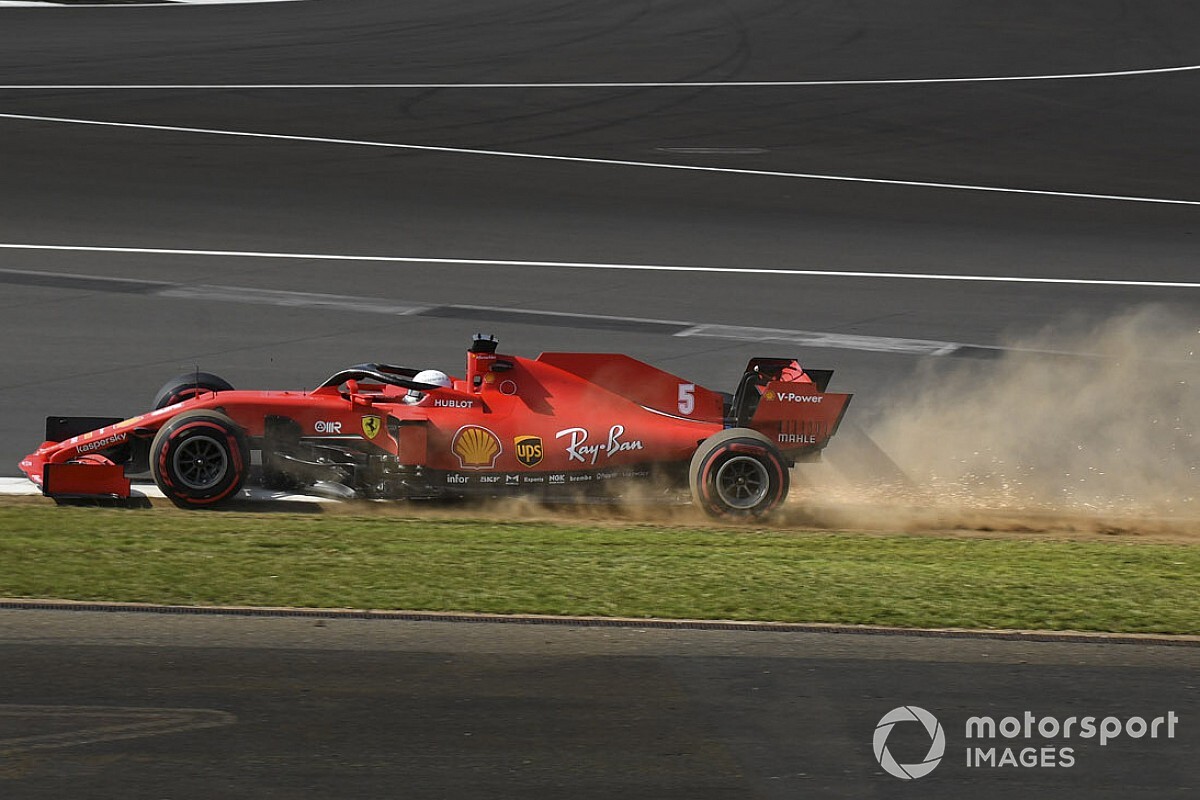 Silverstone has installed a new kerb ahead of the Formula 1 70th Anniversary Grand Prix at the exit of Becketts after fears over damage being caused to tyres.

Throughout the British Grand Prix weekend, drivers were seen running close to the edge of the track while exiting Becketts and going into Chapel corner, with many dipping a wheel into the grass.

The drivers would then go from the grass onto the kerb at Chapel, putting added forces on the tyres before going onto the Hangar Straight.

Following the race, the FIA requested the installation of a new kerb at the exit of Becketts ahead of this weekend’s second event at Silverstone.

“To help the drivers adhere to track limits this weekend, at the request of the FIA, a 23 metre section of kerb with taper has been installed at the exit of turn 13 ahead of this weekend’s 70th Anniversary Grand Prix,” a Silverstone spokeswoman confirmed.

A number of drivers also reported cuts in their tyres following Friday’s practice running, which Pirelli F1 boss Mario Isola said could have been caused by debris getting caught at the Chapel kerb.

“Probably some of the cuts we found on Friday were caused by the fact that some debris was trapped in the kerb, causing some cuts in the tyres,” Isola said.

“They are working around that and it's a good action, it's a good idea to have this small modification that is helping this situation.”

Renault driver Esteban Ocon said the lack of a kerb exiting Becketts meant it was easier to run wide and dip a wheel onto the grass. “We have seen a lot of cuts and stuff that we don’t normally see in practice. It is true Silverstone is probably the toughest circuit for tyres with the high speed and the kerbs,” Ocon said.

“There is a new thing as well out of Turn 13, there is now no kerb anymore which there was before, so now you run in the dirt and then you go on to the kerb and that could also damage the tyres.

“I don’t know if it came from the carbon debris or just the track being very hard with the tyres or the new cars running wider than I was used to in 2018.

“But we’ve seen more damage and more cut to the tyres than we have ever seen.”