FIA clamps down on track limits abuse at Silverstone 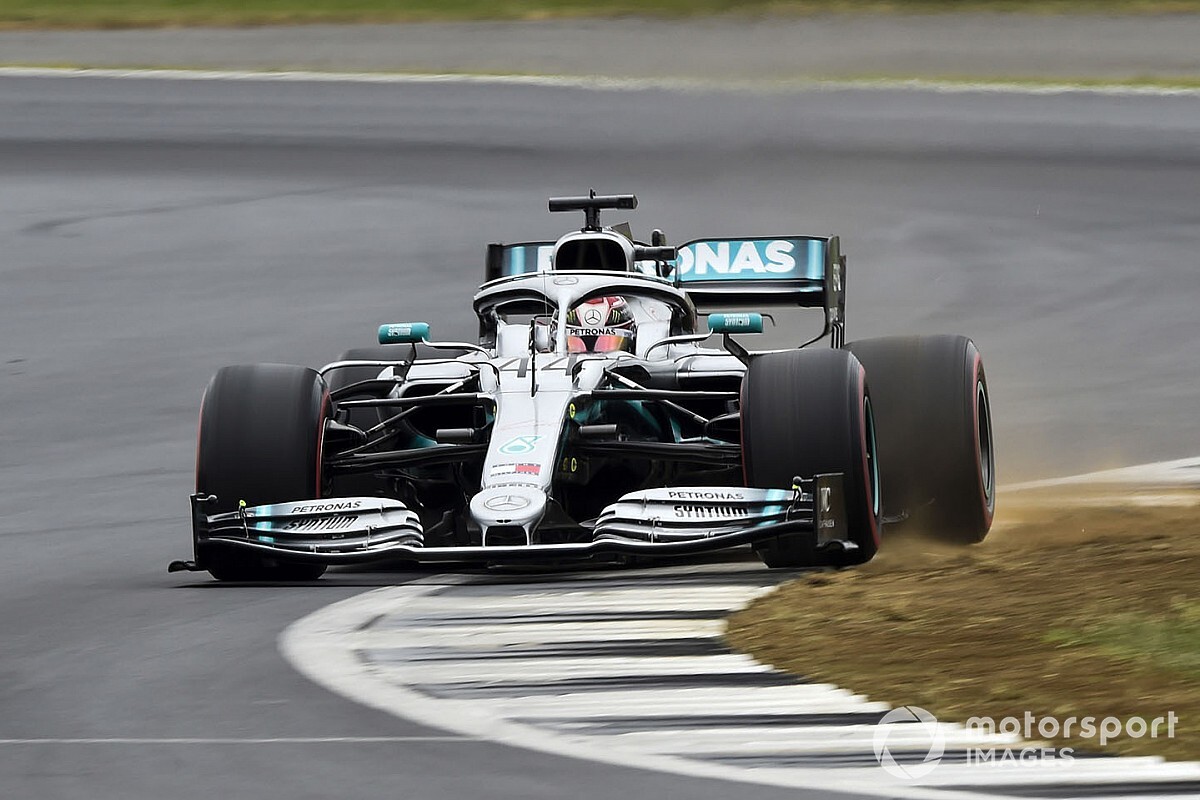 The FIA has continued its recent clampdown on Formula 1 track limits offences with a focus on Copse and Stowe at Silverstone.

In his pre-event notes for the British GP, FIA race director Michael Masi cautioned that any driver who goes behind the black and white kerbs on the exits of Turns 9 and 15 will have their lap times deleted, whether in practice, qualifying or the race.

Multiple offences, not necessarily at the same corner, will result in a black and white flag being shown.

Masi has been getting tough with track limits in 2020, having imposed similar restrictions in both Austria and Hungary.

Masi noted: “A lap time achieved during any practice session or the race by leaving the track and cutting behind the black and white kerb on the exit of Turn 9/15, will result in that lap time being invalidated by the stewards.

“Each time any car passes behind the black and white exit kerbs, teams will be informed via the official messaging system.

“On the third occasion of a driver cutting behind the black and white exit kerbs at Turns 9 and 15 during the race, he will be shown a black and white flag, any further cutting will then be reported to the stewards. For the avoidance of doubt this means a total of three occasions combined not three at each corner.”

He added: “The above requirements will not automatically apply to any driver who is judged to have been forced off the track, each such case will be judged individually.”

Masi said after the opening race of the season in Austria that the timing loop system had worked to plan, noting that having two back-to-back races also allowed the FIA to make changes for the second event – as will be the case at Silverstone.

“It’s probably seen as a lot of deletions, but there probably weren't as many as we expected, to be quite honest,” he said.

“The timing loop that we had at Turn 9 worked extremely well, we're fine tuning the one at Turn 10 to help us a little bit better for next weekend, and the advantage of having two events at the same circuit is that we can get that done immediately.

“Overall, we’re very happy with the way both Turns 9 and 10 worked. And the proof was in the pudding.”

How the British GP was saved for 2020