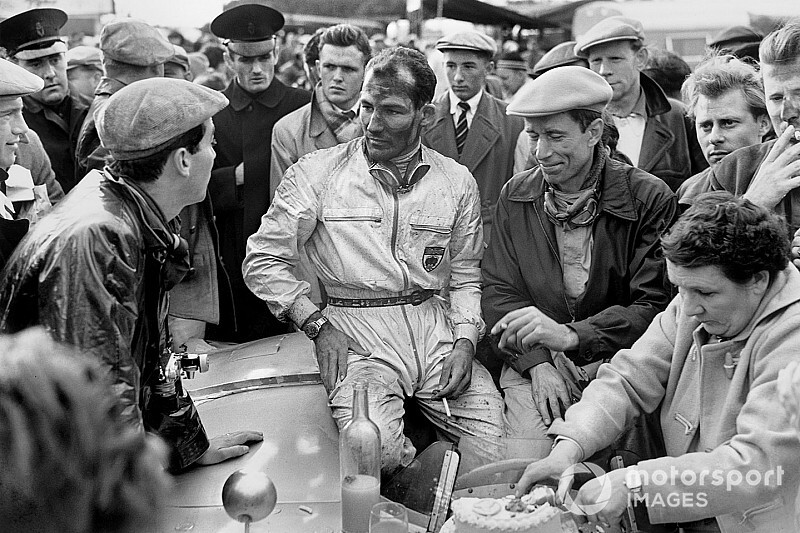 Stirling Moss's death, at the age of 90, triggered an outpouring of emotions from the motor racing world that confirmed his place as a legend in the sport.

Having retired from public life a few years ago, the man widely known as 'Mr. Motor Racing' passed away peacefully at his London home.

Although Moss never won the Formula 1 world championship, it was his success in a variety of machinery – as well as his approach to the life of being a racing driver – that made him a hero to many.

Drivers, team bosses and other leading race figures all quickly paid tribute to the impact that Moss had had on their life.

Former world champion Mario Andretti spoke for many when he said: "Just heard the very sad news my dear friend Stirling Moss has died. He was my hero and such a kind man beloved by everyone. He was a true giant in our sport and will be missed forever. My deepest sympathy to his devoted wife Suzie. Rest in peace, Racer.."

Moss's passing also offered the chance to reflect on his greatest drivers – with his famous triumph in the 1955 Mille Miglia standing out the one that no one will be able to forget.

But there were some amazing performances in F1 too, with the way in which he beat rivals Ferrari to victory in the 1961 Monaco Grand Prix showing how great a talent he had at all levels.

The motorsport 'gimmicks' that F1 should try