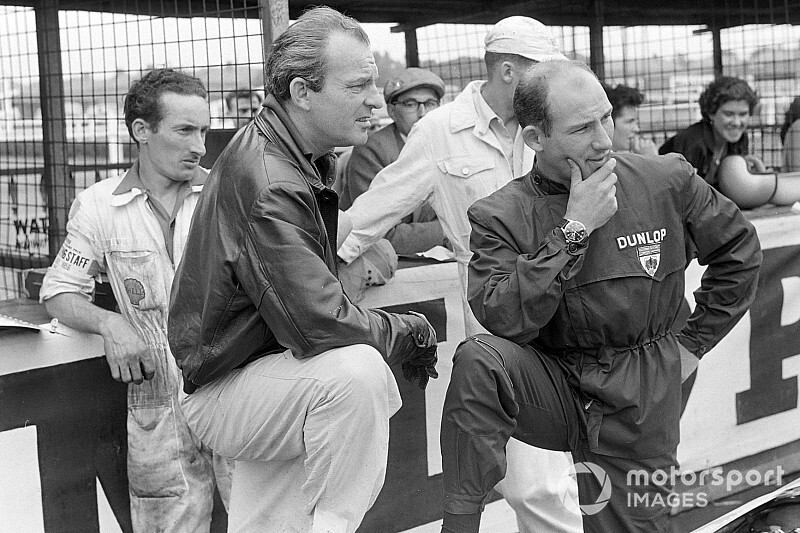 The motorsport world has paid tribute to Sir Stirling Moss following his death at the age of 90 on Sunday.

Moss was widely regarded as one of the greatest drivers never to win the Formula 1 World Championship, finishing as runner-up four times in a career spanning 1951 to 1961. Moss scored 16 victories through his F1 career, as well as winning a number of other high-profile events, including the Mille Miglia.

Moss remained a highly-regarded figure in the motorsport world following his retirement from racing in 1962, sparking an outpouring of tributes following his passing.

Mercedes – the team Moss raced for in 1955 – tweeted: “Today, the sporting world lost not only a true icon and a legend, but a gentleman. The Team and the Mercedes Motorsport family have lost a dear friend. Sir Stirling, we’ll miss you.”

Piero Ferrari, vice-president of Ferrari, commented: “Stirling Moss symbolised motor sport. He was a true personality who left an indelible impression on the history of racing. He was supremely versatile and was thus able to win in so many different categories, from Formula 1 to sports car endurance races. He also produced incredible performances in road races such as the Mille Miglia, setting a record that was never beaten.

“Despite not winning the Formula 1 World Championship, he is most definitely a legendary figure and he was a fearsome and formidable rival of Ferrari. My father said that Stirling reminded him of Tazio Nuvolari, because of his love of racing in any type of car, something which stayed with him right to the very end of his career.”

Former grand prix driver Martin Brundle paid tribute to “a mighty racer and gentleman” and said Moss “had a press on style on the track and in life.”

“Remarkable man. Survived the most dangerous era of motorsport and died today aged 90. He had such great stories to tell, and it was a privilege to know him.”

FIA president Jean Todt said: “Very sad day. Stirling Moss left us after a long fight. He was a true legend in motor sport and he will remain so forever.”

“Saddened to read of the passing of Sir Stirling Moss,” wrote McLaren Racing CEO Zak Brown. “A Formula 1 great, versatile racer and incredible ambassador for British and international motorsport. My respects and sympathies to his loved ones.”

Moss served as the Vice-President for Life of the British Racing Drivers’ Club, which wrote: “We are deeply saddened to hear about the passing of BRDC Member, motorsport legend and friend to many Sir Stirling Moss OBE.

“Our thoughts are with Lady Moss & their family at this difficult time. A proud BRDC Member from the day he received his badge and we will all miss him dearly.”

Williams F1 driver George Russell wrote: “Only had the pleasure of meeting him briefly a couple of times but even that was enough to understand why he was so highly respected. My thoughts are with his family.”