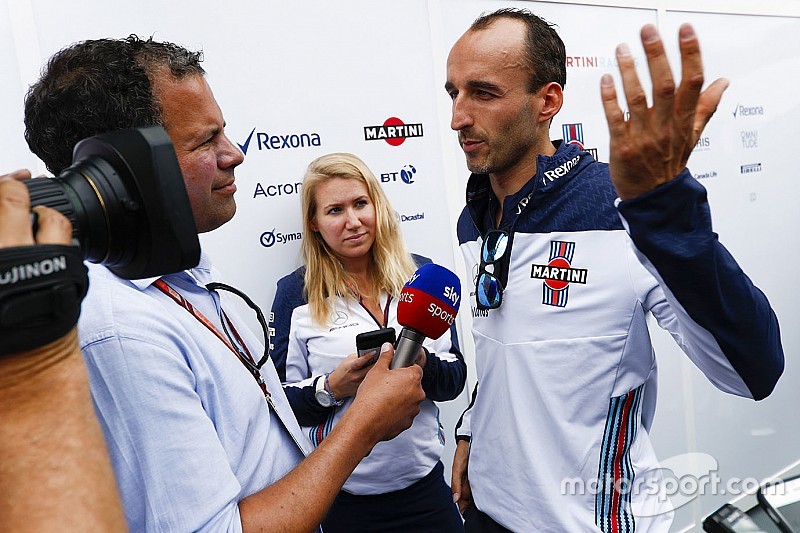 UK broadcaster Sky Sports F1 has confirmed that presenter Ted Kravitz will remain a part of its team in 2019, after speculation that he had been dropped from its coverage.

A raft of Kravitz-related hashtags – such as #wherested, #tedgate and #saveted – began trending on Twitter after he didn’t appear in Sky's Barcelona pre-season testing coverage, and ex-racer Karun Chandhok had rejoined the team from Channel 4.

The speculation was also fueled by Kravitz not being mentioned in a press release from Sky last week about its F1 2019 output.

Almost 4,000 people signed an online change.org petition to “Keep Ted Kravitz in F1”, as fans of his ‘Ted’s Notebook’ post-race show and pitlane insights took to social media to complain.

Sky confirmed its full lineup of on-screen talent in a press release issued on Monday.

Scott Young, Head of F1 at Sky Sports, said of his presenting team: “We have an amazing line up of experts who have real first-hand knowledge of the sport and are brilliant communicators. They are supported by the best commentator and reporters in the business.”

Kravitz was only mentioned once in the release, which he retweeted via his Twitter channel – having only tweeted once this year from the Haas F1 launch.

F1 2019 testing: The answers we need from week two