F1 has “massive opportunity” to slash its budget cap – Agag 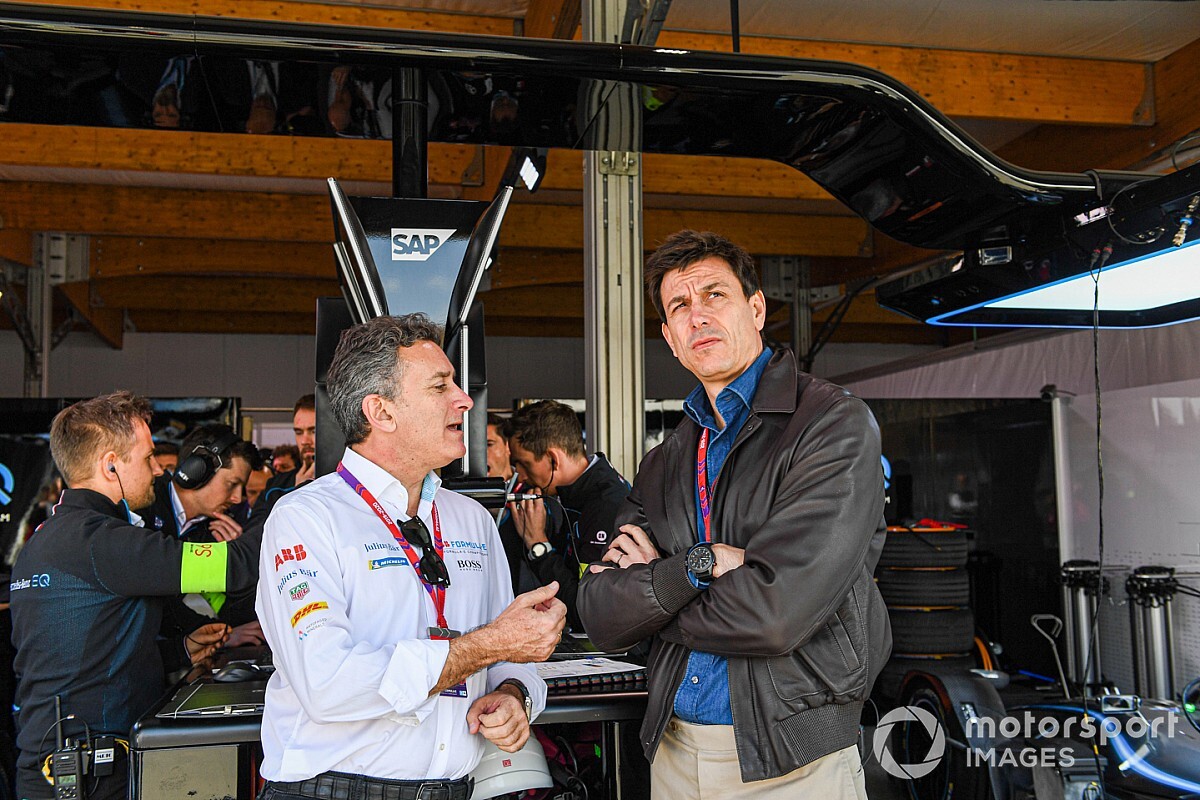 Formula 1 chiefs should seize the opportunity prompted by the coronavirus crisis to ‘shake down’ the sport’s financial model and slash the budget cap to $75 million, believes Formula E boss Alejandro Agag.

Ahead of talks later this week between F1, the FIA and teams about going further than a provisional plan to reduce the cost cap to $150 million, Agag believes more dramatic action is called for. He suggests that, with the sport having more freedom to make big changes because a new Concorde Agreement needs to be signed for 2021, a push should be made to think again about how its business model is structured.

In an exclusive interview with Motorsport.com, Agag said: “I think generally for motorsport this could be an opportunity. And, specifically for Formula 1, this could be a massive opportunity; to restructure the whole model.

“Maybe it’s an opportunity for all the teams to share revenue on the same amounts. I’m also hearing of budget caps of $125m, something like that, why not a cost cap of $75m and make it really profitable for everybody?

Last week, FIA president Jean Todt made clear that he was mindful costs needed bringing down, as he reckoned the $300 million budgets of the top teams was too high.

“In each disaster, in each crisis, you have a lot of bad but you have some good,” Todt told Motorsport.com. “So, among the good is that we have the opportunity of making things better for the future. And mainly in Formula 1, we reached some heights [with costs], which for me are not reasonable and which we need to address.”

Agag thinks one of the key issues F1 has to address is the income differential between the biggest teams and the smaller outfits – which has been exacerbated by extra payments older outfits are given for past success.

He thinks Todt is right to push for a ‘New Deal’, where the whole motorsport landscape is changed in response to the crisis causes by coronavirus.

“I don’t think it’s normal that teams that compete in the same race receive completely different amounts of money,” said Agag. “Compared to the football Premier League for example, if you look at the amount of money the winner gets compared to the last one it’s nowhere near the difference in money that the top teams receive. So that’s the new deal and it’s a big opportunity.

“And if people don’t realise that the world is going to be different after Coronavirus then they make a big mistake. The opportunity is there and people need to take it. We aren’t part of that, we will do our little new deal following.”

Agag admits that he is not closely involved in the F1 discussions, but he says that his views are simply how he thinks he would approach making changes.

“I’m not in F1 or running it, and it is run by very capable people, and I’m sure they are thinking about all these things,” he added. “But I would use this as a major correction of the business principles of F1. So it could be a very interesting opportunity.”

Agag warns of consolidation in the motorsport industry