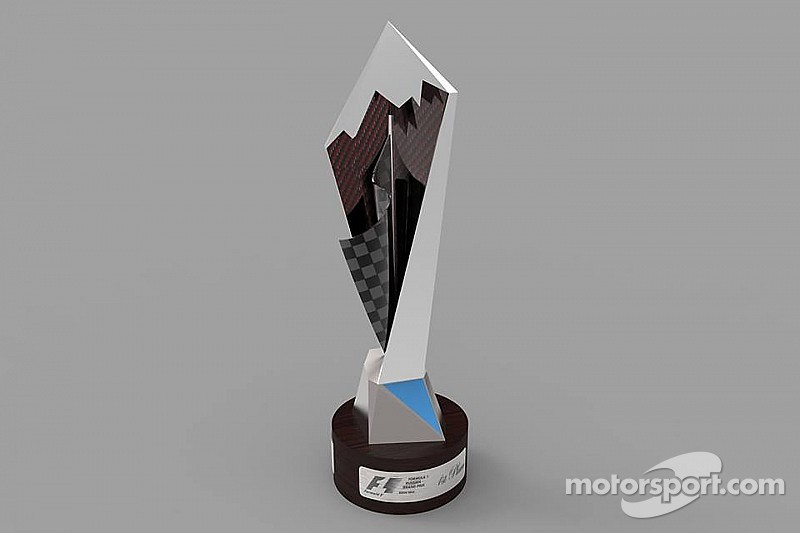 The trophy will stand out as one of the most eye-catching prizes on the FIA Formula One World Championship™ calendar.

Sochi Autodrom is proud to release the Winning Drivers’ trophy for the 2014 FORMULA 1 RUSSIAN GRAND PRIX. Engraved with a design and message that symbolizes the significance of the first ever Formula 1® race taking place on Russian soil, the trophy will stand out as one of the most eye-catching prizes on the FIA Formula One World Championship™ calendar.

The silver crystal located in the trophy’s center serves as a reminder of the blaze of a racecar’s engine while the dynamic black-red coloring reflects the high speed and intensity that is required to claim victory on the circuit. Snow-covered mountaintops are also visible on the trophy’s design to reflect the beautiful surroundings in which the Sochi Autodrom is situated.

In addition, the Imeretinskaya lowlands and stunning beauty of the Black Sea are visible on the trophy’s base. The chequered flag in the center of the crystal is intended to symbolize the drivers’ personal ambitions to achieve their best and secure victory at all times. The eventual winner’s name will also be engraved on the trophy.

In total there will be four trophies presented at the 2014 FORMULA 1 RUSSIAN GRAND PRIX: a trophy each for the winning, second and third placed drivers and one for the winning constructor of the Grand Prix.

The 2014 FORMULA 1 RUSSIAN GRAND PRIX trophy is made of a unique combination of various materials: from silver and brass to a carbon fabric and even polycarbonate. The production of just one trophy take a whole month of 24/7 manufacturers work.