Drivers not fond of "melted chocolate" soft tyre in France

The “gooey” soft tyre Formula 1 drivers have at the French Grand Prix is graining heavily and easily because of high ambient temperatures and a varied track surface. 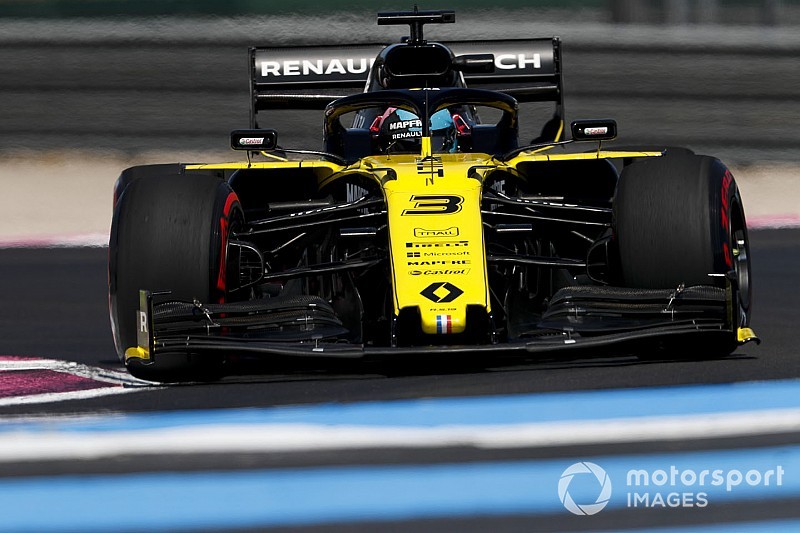 Pirelli has opted for the middle three compounds in its five-tyre range for the race at Paul Ricard, making its C2 (hard), C3 (medium) and C4 (soft) compounds available to teams.

Air temperature in the mid-to-high 20Cs and track temperatures of more than 50C meant many drivers struggled on the softest tyre during practice.

“And you can get that with a soft compound when it's hot, it kinda feels like goo on top of it, it like melts into the track and doesn't really get you going.

"Gooey, [let's] say it's gooey. Like melted chocolate on the track."

Ricciardo joked that he would probably qualify on the hard tyre after finding no real improvement with the soft, which Pirelli says is being “overstressed” and suffering from “quite high wear”.

Reigning world champion Lewis Hamilton warned that phenomenon, the durability of the harder compounds and the pain of a pitstop at Paul Ricard – which has a long pitlane and lower-than-normal speed limit of 60km/h – risked teams committing their drivers to a conservative strategy in the race.

“On the long run, they don't like the heavy car, the soft tyres,” said Hamilton. “They grain quite heavily, quite easily. So I don't think you'll be going very far on those tyres.

“The track was like 55 to nearly 60 degrees, which is the highest we've seen so far this year, so I would hope that that would mean that we can do more stops.

“But these tyres [the medium and hard] are so damn hard that we'll just end up doing a one-stop for sure.

“Plus the pitlane is so slow, at 60km/h, nobody wants to lose 27, 28 seconds in the pitlane, so they'll eke out those tyres.

“I’m not expecting to see the most exciting of duels out there because people are trying to make the tyres go as far as possible.”

Plenty of drivers suffered from a lack of grip mid-corner and Red Bull driver Pierre Gasly reckoned this was a combination of the temperature and the resurfaced circuit, which he said “makes it quite difficult for everybody with the tyres, and grip in general”.

Pirell F1 boss Mario Isola explained that this was likely because Paul Ricard has three different types of surface now as a result of three different resurfacing projects, one last year, one over the winter and one “two or three weeks ago”.

“They put some other patches of Tarmac, mainly in the centre of the corner and this asphalt is quite different,” said Isola.

“It is a lot smoother than the other one with more bitumen and more oil, so I believe that the level of grip on the latest Tarmac compared to the other two is different, is down.”

“If you look at how different compounds are reacting better on the track than the C4, let’s say, it’s not easy for us,” he said.

“The C4s are clearly overheating, but they don’t feel as nice, even from the beginning.”

Ferrari: Claims of correlation problems "not true at all"