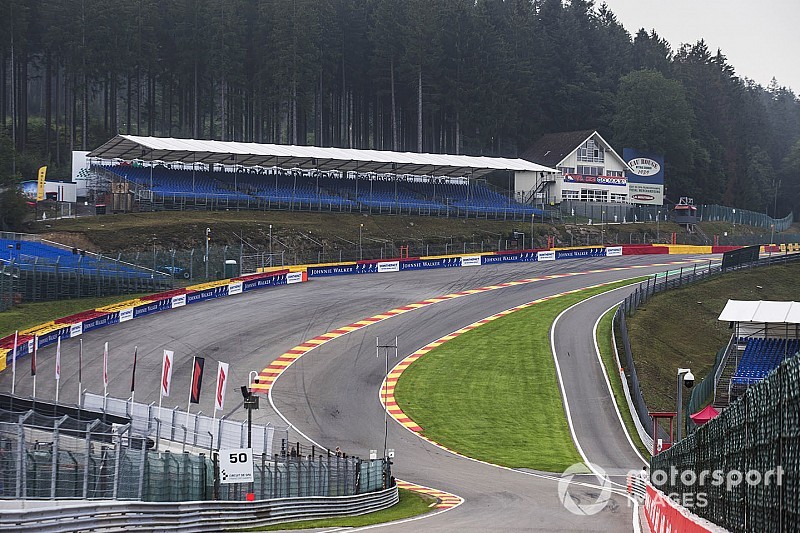 Spa-Francorchamps hopes that plans to change the run-off area and build gravel traps at Raidillon can be signed off at the end of this year, with the matter having received fresh attention following the fatal F2 crash last weekend.

The FIA's investigation into the crash is already underway, and one of the key issues relating to the incident will be the layout of the run-off area at Raidillon – and whether it being asphalt was a factor.

Spa already had plans to revamp the Raidillon run-off for 2022, as part of its efforts to make the track safe for the Spa 24 Hours FIM Endurance World Championship motorcycle race that it is hosting that year.

But in the wake of the Hubert tragedy, the track chiefs know that there will likely be renewed scrutiny on the design of the gravel traps for racing cars and whether or not they should be introduced before 2022.

Nathalie Maillet, CEO of Spa-Francorchamps, told Belgian press agency Belga: "The circuit has always worked with the FIA to improve safety. We have to await its report and analyse the exact causes of the accident.

"We are working towards a FIM Grade C licence. We are still in discussion with the FIA and FIM about the homologation of the circuit and work is [already] planned on the Raidillon for the Spa 24 Hours for bikes, which will take place in 2022.

"The run-off areas will be expanded and carefully designed to avoid frontal impacts.

"We're not planning to modify the actual layout of the Raidillon. But it's certain that we will install gravel traps. The regulations for bikes are more strict."

Maillet believes that any safety improvements required for bikes will be beneficial for other forms of racing.

"The fact that the circuit will conform to bikes will have a positive effect on cars," she added. "Discussions are still ongoing about the exact location of the gravel traps, their depth and whether they will have to cover the full length of the corner or not.

"We will try to finalise everything by the end of the year so we can apply for the urban planning permits.

"This accident does not put in doubt the future of Formula 1 at Spa-Francorchamps. What happened is a racing incident. Of course we are all saddened by what happened. We have to continue developing the circuit. We will also continue to develop the extraction centre."

While F1 has moved away from gravel traps over recent years, favouring areas of asphalt, F1 race director Michael Masi is clear that safety is something that can always be improved.

"I think safety is ever evolving," he told the media. "There are few of you in this room who have been involved in attending F1 races for a lot longer than me and have seen the upward evolution of safety in that effectively short period of time once different technologies become available and once different materials become available.

"Safety is an ever evolving process. It is for me not something that will ever end and I've said it before, and I will repeat it, safety is one of the core pillars of the FIA and part of why it exists.

"That was something that will just not stop. We will continue to research and look at things and improve things as best as we can."