Kevin Magnussen believes that the Spanish Grand Prix will be a "big test" for the Haas Formula 1 team, as it bids to turn around its current form. 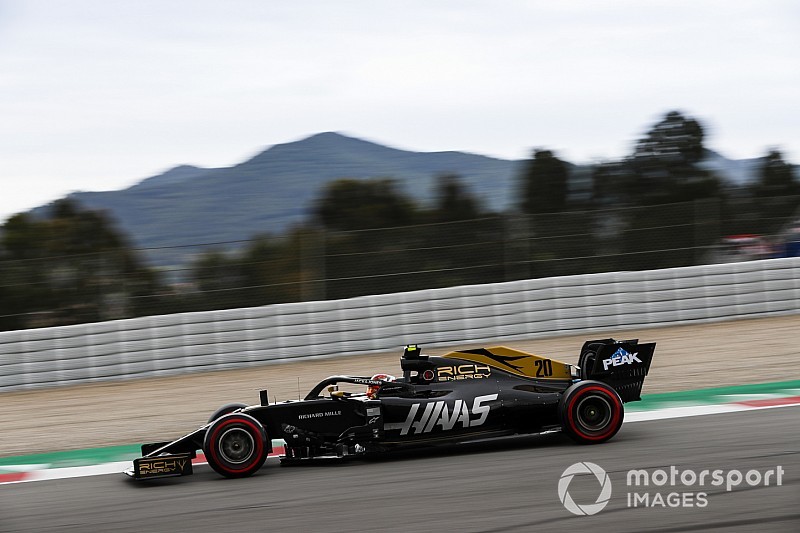 After an encouraging opening round at Melbourne, in which Haas had a strong lead at the front of the midfield pack, the team has failed to score in the intervening races.

Having struggled to get the tyres within the operating range, the high-energy nature of the Barcelona circuit has helped the team return to its position as best of the rest - Romain Grosjean and Kevin Magnussen qualifying seventh and eighth respectively.

But Magnussen played down expectations that Haas would be slam-dunk contenders in the points, wary of the issues that have plagued the American team's season so far.

"I don't know if I'm expecting [to be best of the rest] because it's been so tough and difficult the last few races it's hard to have very high expectations.

"The good things I guess here is that it's very hard to overtake, so even if we lack a bit of pace we should still be able to stay in front like we did in Melbourne. But, we are very much learning at the moment. Tomorrow will be a big test, a big day of learning as well."

Magnussen also stressed the need for Haas to understand the issues that have limited its performance so far this season, having admitted that the team still doesn't know why it is unable to bring its tyres into the optimum working window.

"Hopefully it will be working and hopefully we can then understand why it was working. If it's not working then we're still lost. [In qualifying], I don't know why its working.

"[Usually], we can make it work for one lap, two laps, whatever. But as soon as we need to do continuous laps with a full tank of fuel, it seems to not be working, and you know after two laps you just drop off the pace.

"It seemed a little bit different in practice, so I am more positive, but of course the experience that we had in the last few races makes you a little bit nervous."

Haas brought a number of upgrades to Barcelona, including new turning vanes and a rear wing, and Magnussen confirmed that they were all working as planned.

"We have confidence the upgrade is working, I think we can tick that off - it's more the rest of the issue with the tyres that we are worried about. It's different - It's not like a massive massive step of laptime but it is a step of lap time and the car is fairly different, so it's interesting."

Why Ferrari fast-tracked its updates for Spain