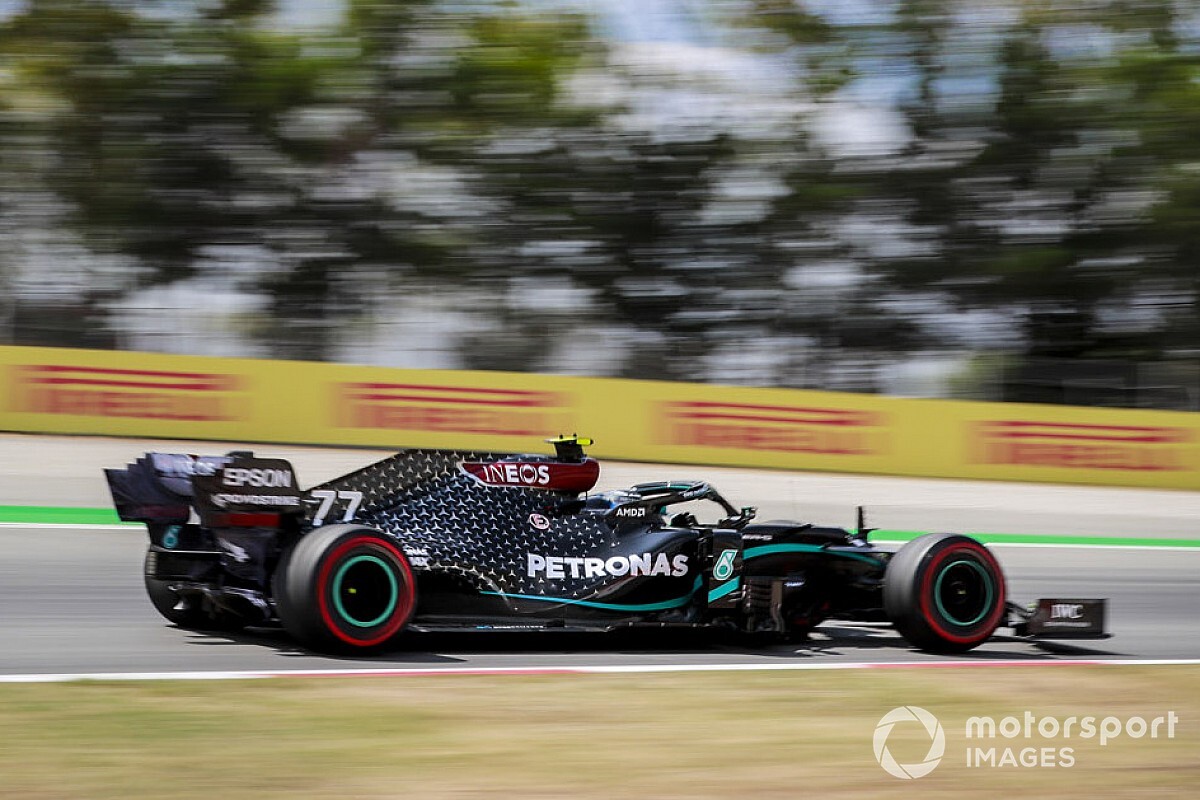 Valtteri Bottas set the fastest lap on the opening day of Spanish Grand Prix practice at Barcelona on Friday, ahead of Mercedes teammate Lewis Hamilton.

Ferrari’s Charles Leclerc and Sebastian Vettel were next up in FP1, with the latter seemingly much happier with his new SF1000 chassis after his recent struggles. Romain Grosjean was a surprise sixth fastest for Haas, ahead of the returning Sergio Perez (Racing Point) – who is now Covid-negative.

In the second session, held in warmer weather conditions, Hamilton set the pace with a time of 1m16.883s, a tenth away from what Bottas achieved earlier but 0.287s faster than the Finn in this period.

Verstappen was again third fastest, 0.821s off the pace, with Daniel Riccardo fourth quickest for Renault and also within a second of the Mercs. Grosjean was again rapid, fifth fastest ahead of Leclerc in FP2.