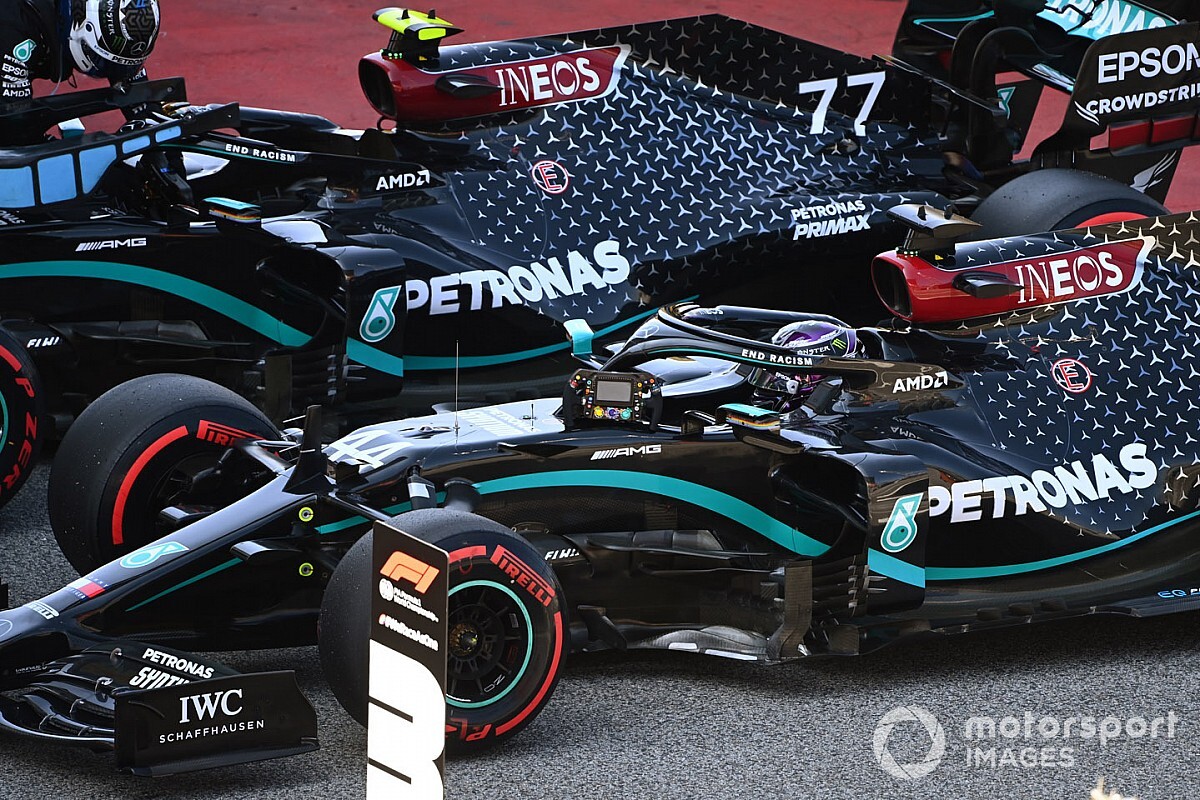 Lewis Hamilton will start the Spanish Grand Prix from pole position, the sixth round of the 2020 Formula 1 World Championship season, at Barcelona.

In the top-10 shootout, Hamilton set the benchmark on the first run at 1m15.584s, 0.059s faster than Mercedes teammate Valtteri Bottas. The Finn couldn’t improve on his second run, although he got close to his previous time, ensuring Hamilton's 92nd pole.

Red Bull’s Max Verstappen qualified third, 0.708s down on pole, ahead of the Racing Points of Sergio Perez and Lance Stroll.

Alex Albon starts sixth in the second Red Bull, ahead of Carlos Sainz and his McLaren teammate Lando Norris. Ferrari’s Charles Leclerc and Pierre Gasly (AlphaTauri) rounded out the top 10.

In Qualifying 2, Hamilton was quickest with a lap of 1m16.013s, a tenth up on Bottas and half a second clear of Verstappen.

Knocked out at this point were Sebastian Vettel (Ferrari) – by just 0.002s by Norris – along with AlphaTauri’s Daniil Kvyat, Daniel Ricciardo (Renault), an impressive Kimi Raikkonen (Alfa Romeo) and Renault’s Esteban Ocon.

In Qualifying 1, Hamilton topped the session with a lap of 1m16.872s, a quarter of a second ahead of Perez and Verstappen.

Falling at the first hurdle were the Haas duo Kevin Magnussen and Romain Grosjean, the Williamses of George Russell and Nicholas Latifi and the Alfa Romeo of Antonio Giovinazzi, who suffered a big moment at the exit of the chicane on his first run.