The FIA has added speed bumps and made changes to the kerbs at the tricky Turn 2 at the Sochi track in a bid to deter drivers from cutting the corner to gain an advantage.

The tight right-hander is the first major braking zone around the lap and has been the scene of many incidents in the past of drivers running wide, especially on the first lap of the race.

However, going into the corner too quick can result in a better acceleration for the following long left-handed Turn 3, something the FIA is keen to avoid.

Ahead of the Russian Grand Prix, F1 teams and drivers have been told that new 50mm high orange speed bumps have been placed three metres from the edge of the track at the exit of Turn 2.

Furthermore, drivers have been told that if they do run wide they will have to drive around a long kerb before being able to rejoin the circuit. 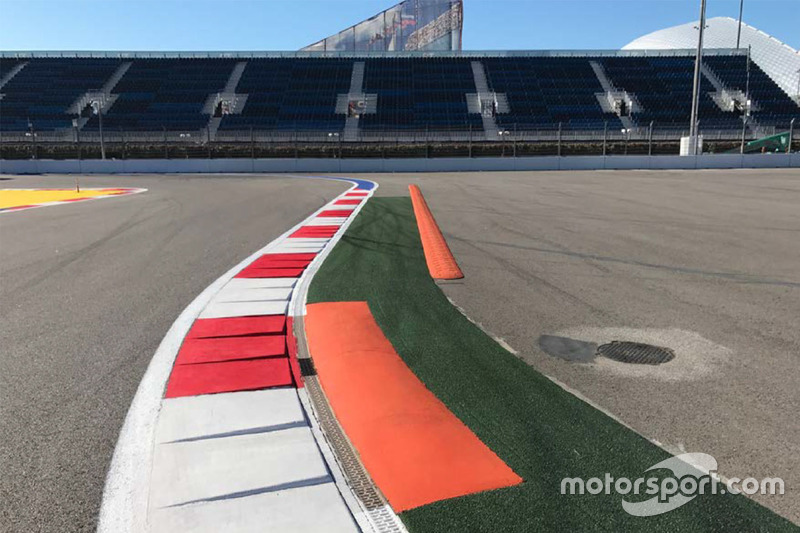