Haas team principal Gunther Steiner says he cannot get more "annoyed" about his team's misfortunes in the 2019 Formula 1 season. 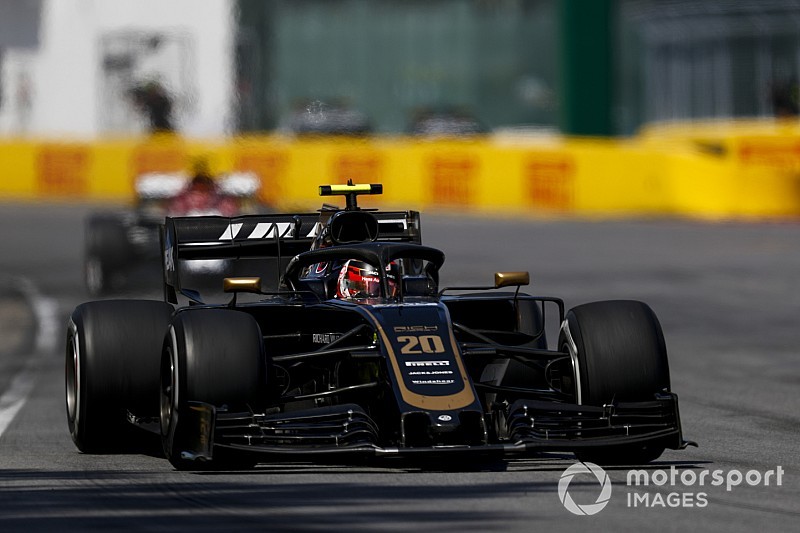 Despite often having the fourth-fastest car this year, Haas is currently only eighth in the constructors' championship.

Its difficult Canadian Grand Prix was the fourth time in this season's seven races that it has failed to score.

Kevin Magnussen crashed heavily in Montreal qualifying and then struggled all race, finishing 17th, while Romain Grosjean dropped to the back after hitting Alex Albon's dislodged front wing at the first corner and ended up 14th.

"We cannot catch a break," said Steiner. "It was one of those disastrous weekends, it started in Q2, and didn't finish. The only thing we can do is regroup and try to do better next time around.

Steiner admitted that even if Grosjean had not been involved in the first-corner incidents, he would have struggled because his car lacked consistent pace.

"It was up and down, his pace. A few laps it was going, then it wasn't going," Steiner added. "It was completely all over the place. It isn't like if he wouldn't have had that [first lap problem], we would have finished in the points anyway. Maybe closer to 11th or 12th."

Grosjean has only scored two points so far this year, but said he still felt like he was in a better situation than in the first half of 2018.

Last season he did not finish in the top 10 at all until the Austrian GP at the end of June amid a string of early incidents.

"It wasn't easy last year at this point," said Grosjean. "[This year] I think I've done everything I could.

"Obviously there are bits and pieces you can improve, [crossing] the pit exit line in Monaco could have been avoidable, but generally I think I'm driving quite well.

"Qualifying hasn't been my strongest this year - surprisingly as normally it's something I'm good at - but the race pace is pretty good."

Should Ferrari give up on error-prone Vettel?