Steiner: British GP will bring "no joy" for Haas 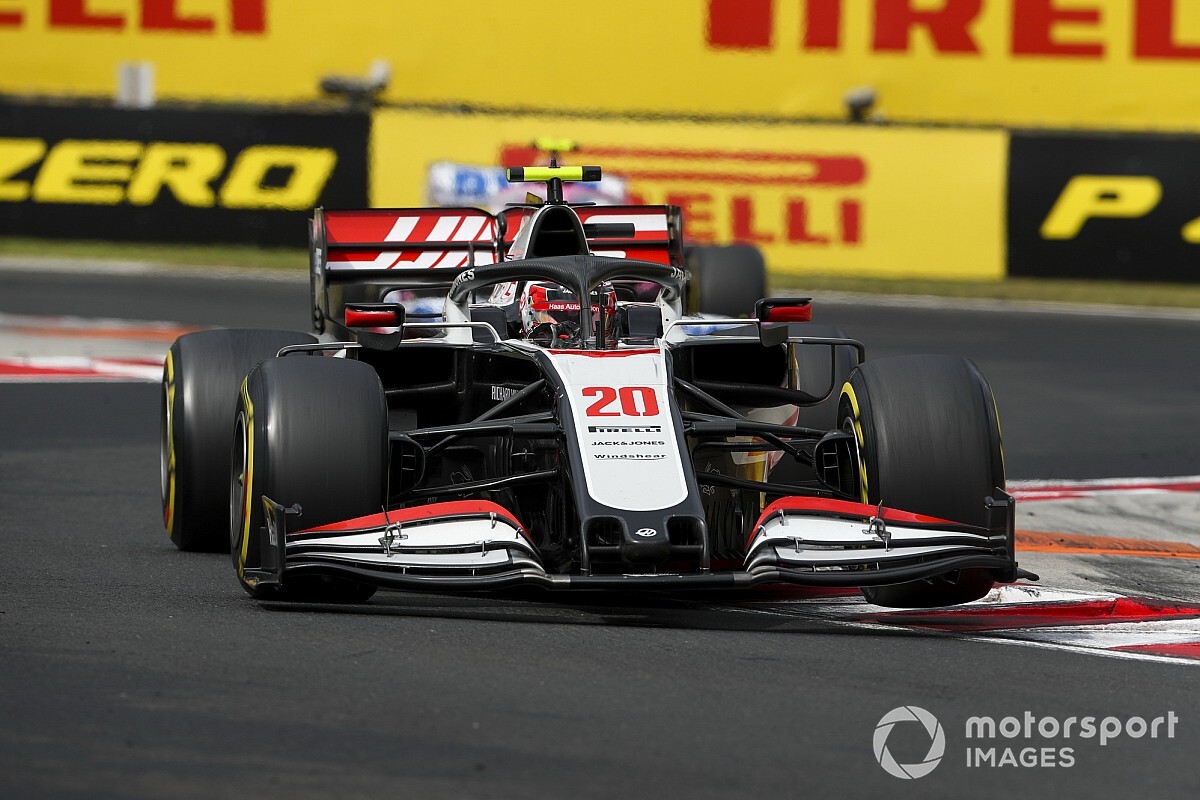 Haas boss Gunther Steiner says the power demands of Silverstone mean the British Grand Prix will bring "no joy" to his team.

With the American-owned outfit's Ferrari engines having taken a step back in performance this year, it has been fighting towards the back of the midfield pack.

However, an inspired decision last time out to stop for slick tyres after the formation lap for the Hungarian Grand Prix helped it score its first point of the year as Kevin Magnussen was classified 10th – even though the team was punished for breaking the rules.

Well aware of how much it is suffering on the straights this year, Steiner is bracing himself for a tough time over the next two weeks as F1 moves to the ultra-fast Silverstone circuit.

"We know it is very power sensitive Silverstone," explained Steiner. "So there will be no joy."

Steiner thinks his Haas team is currently locked in a battle at the back of the field with Alfa Romeo and Williams – and thinks their form will fluctuate depending on track characteristics.

"We are all mixing it up and I think it's a little bit track depending who is on top of it: is it high speed, is it low speed?" he said, when asked about the competitive situation between Haas, Alfa Romeo and Williams.

"There's a little bit of difference but I think we are in the midst of the teams you just mentioned."

Haas' potential struggles on power tracks has left the team well aware that it needs to seize every opportunity it has to punch above its weight this season if it is going to move up the constructors' championship.

"It's fairly difficult for us to get points at the moment, and especially some of the races which are coming up, they're not in our favour," he said.

"We always try to do our best and maybe we can find some opportunity like we get [in Hungary], you never know. If you give up you never find the opportunity, so you need to keep on trying to find something. But you don't expect it."