Steiner: Renault should just do a better job 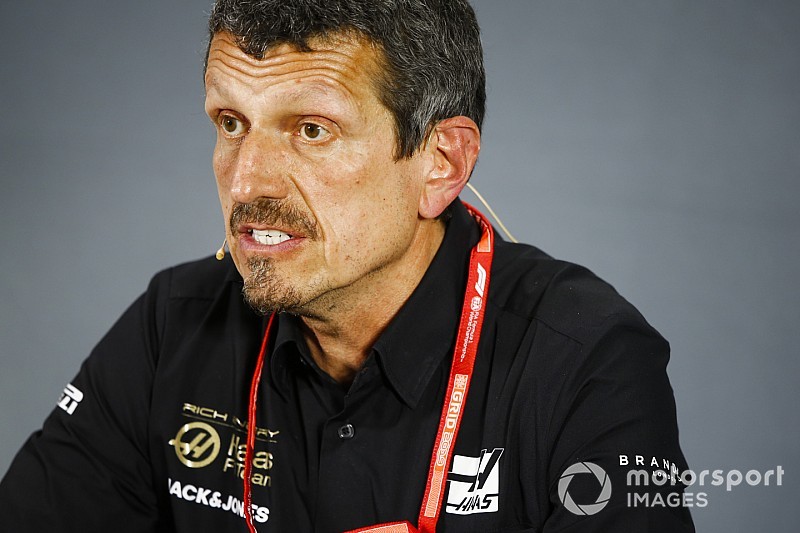 Haas boss Gunther Steiner has hit out at Renault's customer teams' complaints, suggesting the French car manufacturer should be worrying more about how to do a better job in Formula 1 than what other outfits are up to.

Renault's managing director Cyril Abiteboul said at the season-opening Australian Grand Prix that he felt the advance of B-teams could be a threat to some big squads.

"It is already a challenge for a team like us who are competing against that top three teams, that have something like 30% more resources than we have," he said.

"If they are capable of combining their resources with other teams, or getting the benefits of synergies within the scope of a budget cap, that is a problem for us and a problem for at least two other teams in the field."

The focus on customer car benefits has gathered some momentum though in the wake of Haas emerging as the leading midfield outfit in the early stages of the season.

Earlier this week a Renault-backed push to stop teams buying brake ducts off other outfits from 2020 was approved by the Strategy Group and F1 Commission. The move will have consequences for Haas, which buys its parts off Ferrari.

Steiner thinks Renault is just hunting for excuses for its own lack of performance though, after a disappointing start to the campaign that has not resulted in the step forward in pace it had hoped for.

Asked if there was a bit more "heat" in relations between Haas and Renault now, Steiner said: "I think they should do a better job and then they wouldn't get the heat. It is in their own hands.

"In my opinion, the problem they created themselves by not performing enough and spending too much money.

"I think they need to up their own game and not try to lower our performance by hindering us. They are not getting closer to the big ones, that is the problem."

Steiner also does not buy suggestions that his team's business model is preventing anyone else from being successful in F1.

"Their problem is us being better than them and they use the 'we cannot win' as an excuse. Can they win? It doesn't look it."

Steiner admitted that the brake duct move, which still needs formal ratification from the FIA World Motor Sport Council, would be expensive for his team but would not cause dramatic problems.

"We just have to spend more money," he said. "You need more people to do it. It is a job that we could easily do without, doing the brake ducts, but now we have to do them.

"We have overcome bigger hurdles. I am not going to lose any sleep over it. And a good result is look where we are today and look where they [Renault] are today."