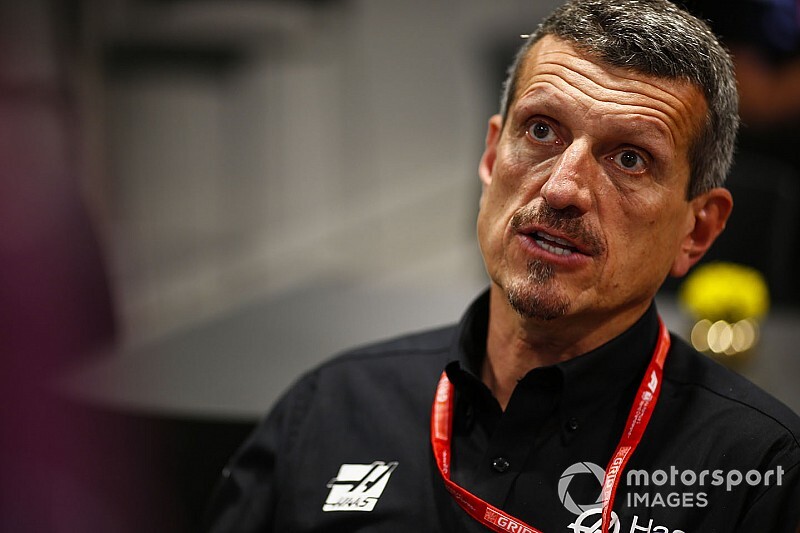 Haas Formula 1 team principal Gunther Steiner may face further scrutiny from the championship's rulemakers for his criticism of the Russian Grand Prix stewards.

Kevin Magnussen was given a five-second penalty at Sochi, which dropped him from eighth to ninth in the results, after running wide at Turn 2 defending from Sergio Perez and failing to rejoin the track to the left of two polystyrene markers as instructed earlier in the weekend.

Magnussen said after the race the decision was "bullshit" and argued he was not able to make it across to the markers after running wide, and Steiner did not impress the FIA with a message he sent Magnussen over the radio, which referred to "a stupid idiotic steward".

Steiner did not speak to FIA race director Michael Masi or the stewards after the race but Haas team manager Peter Crolla had separate discussions with both parties.

This is not the first instance of Steiner being critical of officials, and it is understood that the FIA may look into the incident further.

Should the FIA feel Steiner crossed a line in Russia, the easiest solution would be to discuss the matter informally at the next race in Japan.

However, if it feels the incident is more serious, it may opt to raise the issue formally.

Masi referenced the various "judicial processes" the FIA has at its disposal should it seem it necessary to utilise them, with its International Tribunal reserved for serious alleged offences.

This is what Sebastian Vettel escaped in 2017 when he told then-race director Charlie Whiting to "f*** off" after being enraged by a penalty during the Mexican Grand Prix.

The FIA's International Sporting Code includes a code of good conduct that includes a reference to participants not using words to "cause damage to the standing and/or reputation of…the FIA, its bodies, its members or its management".

Event stewards have the authority for the enforcement of the ISC and can delegate their authority to their successors at the following grand prix.

That means that although the Russian GP has been concluded, the stewards from Sochi may be able to request Steiner meets with the panel that is assembled for Suzuka.

When asked by Motorsport.com for his thoughts on Steiner's comments in Russia and what it would take for the FIA to take action, Masi made it clear it was "not for me to determine".

"The FIA has got its various judicial processes," said Masi. "I've heard about the comments that were made on the radio. I haven't seen them directly so I'm not going to comment on what those are.

"At the end of the day we're all here to do a job, be it officials, the teams, everyone. There has to be a level of mutual respect.

"Regarding the specific comments. I haven't seen them so I'd prefer not to comment on them until I have.

"If something's been said that's inappropriate, there's those that are in charge of the judicial elements away from the event that can look at it."

How Ferrari's most convincing win escaped its clutches