Tyres influence "not the right thing" for F1 - Steiner 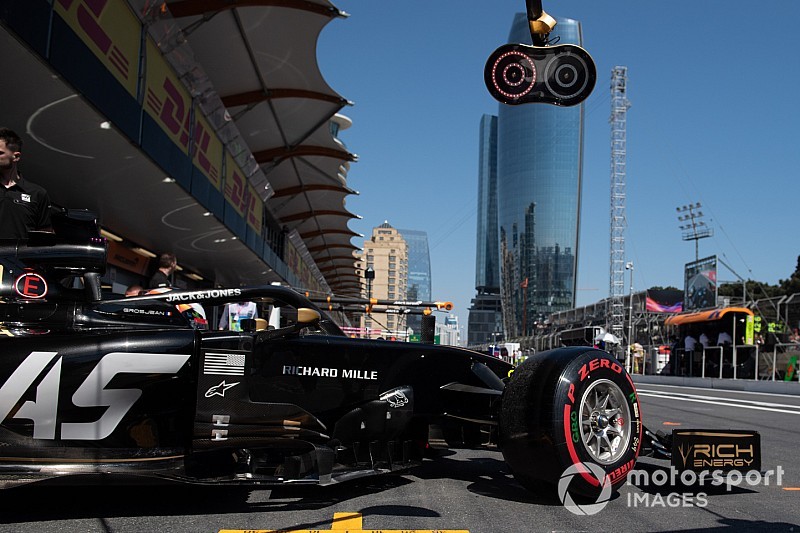 Haas team principal Gunther Steiner believes the large impact that Pirelli's 2019 tyres are having on the Formula 1 pecking order is "not the right thing" for grand prix racing.

The American outfit has been affected badly by tyre warm-up issues at the start of the campaign, scoring just one top-10 finish in the first four races despite its VF-19 appearing to have plenty of underlying pace.

Haas hasn't been alone in struggling to get the Pirelli rubber working, in particular last time out at the Azerbaijan Grand Prix, with Steiner insisting that "everybody's got issues with the tyres".

"It's just who is [struggling] more or less. And we are more," he said. "And it's so disappointing because we've got a good car.

"We shouldn't be talking always about if the tyre works or not. It's interesting but, no, that's not Formula 1. 'Did you get the tyre to work? Yes - then I'm fast. Oh, my tyre didn't work, then I'm slow'.

"We spend millions and millions to develop these cars and then they are out of the [tyre] window and really cannot get going.

"I'm not blaming it purely on Pirelli. I'm blaming it on us as well because some [teams] get [the tyres] to work. But in general, this is not the right thing. We shouldn't be talking after the race, 'did your tyre work or not?' "

Pirelli's 2019 compounds are all thinner-tread, after the Italian manufacturer brought tyres with a reduced tread gauge to Barcelona, Paul Ricard and Silverstone last year to combat blistering.

Haas bagged top-six finishes at two of the three aforementioned races last year, but driver Romain Grosjean has recently suggested that the uniform move to a thinner tread for 2019 has contributed to the VF-19's tyre warm-up dramas.

In Baku, Steiner echoed this claim, and suggested the revised tyre blanket regulations – with rear blanket temperatures dropped from 100°C to 80°C – have also been a factor.

"I think the construction of the tyre is different [to 2018], the tread depth - is not different, it's just last year they had the four [three] races the low tread, which doesn't store heat, that doesn't help our case," Steiner explained.

"And we are not allowed to heat them the same amount as last year. It's all things which don't help you to get the tyre to work."

Kvyat: F1 needs to do away with Friday running

The F1 teams under most pressure to deliver upgrades in Spain