Williams Formula 1 driver Lance Stroll has been cleared of rejoining the track unsafely in Mexican Grand Prix qualifying, the second such incident at the same corner this weekend. 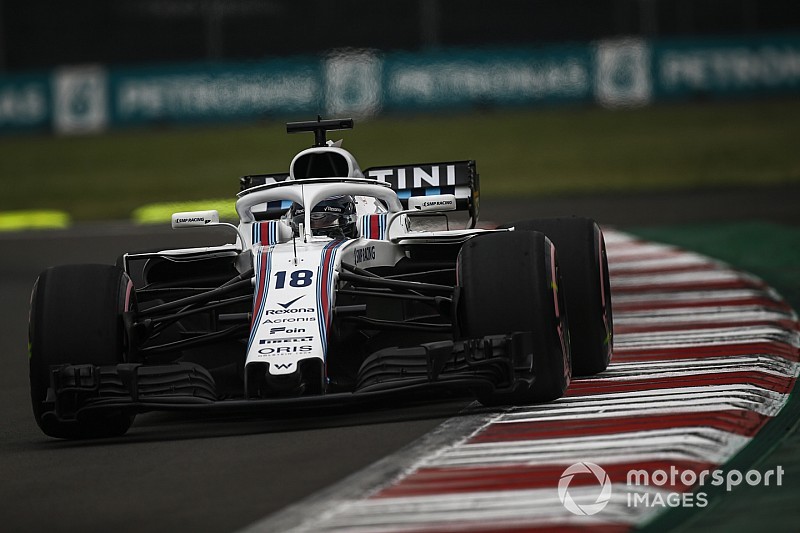 FIA race director Charlie Whiting had instructed all drivers that if they went off track at Turn 8, the rapid esses in the middle of the lap, they needed to return to the track to the right of a fluorescent yellow kerb to ensure they rejoined safely.

Stroll failed to do that in final practice.

He was called to the stewards for failing to follow the race director's instruction, but no further action was taken.

They cleared Stroll because the track was damp and the Williams had slick tyres fitted, so judged him to have taken the "appropriate action in the circumstances" and considered that no other cars were in his vicinity at the time.

Stroll then had another moment at Turn 8 in qualifying and was called to the stewards again for failing to rejoin to the right of the kerb, although he commented that "it's impossible to get behind the bollard".

They decided to take no action again.

This time, they acknowledged that the driver had lost control at the previous corner and the painted run-off area was damp and that the speed Stroll was travelling "would have made made attempting to negotiate the yellow kerb unsafe".

They judged him to have rejoined the track in a safe manner, having aborted the lap and pulled off the racing line.

Vettel: Red Bull may end up "beating themselves" in Mexico