Stroll believes he is "far from reaching" his F1 potential

Lance Stroll believes that Williams' underperformance this season has concealed his development as a Formula 1 driver, but that he is still a long way from fulfilling his potential.

Stroll has finished in the top 10 in just two grands prix this season, scoring six points, and made it through to Q3 only once.

By this point last year - 14 races into the season - he had scored 28 points over the course of five top 10 finishes, including one podium at the chaotic Azerbaijan Grand Prix.

"I'm still only 19 so I think I'm far from reaching my potential as a driver," he said. "I still have so much to learn and I gain so much experience every time I get in the car, I still feel I'm learning.

"So there's definitely a lot more to come. But at the same time, when I reflect on where I was last year I think I've come a long way as a driver with seat time and experience."

Last season, Stroll was outqualified by his veteran teammate Felipe Massa 17 times, whereas this year the contest between Stroll and Sergey Sirotkin is much closer.

In terms of pure pace, in dry qualifying conditions Sirotkin has been on average 0.09s faster and outqualified Stroll seven times to five, discounting penalties and races in which one or both drivers were unable to set a laptime.

But such comparisons are rendered problematic by the well-documented underperformance of the troublesome FW41.

"Unfortunately it's been a challenging year with the car and the team," he said, "so I haven't really been able to demonstrate that to a certain extent, but I do believe I've got better in that area [qualifying pace].

"I feel like I'm a lot more on top of the car. I know that from a position [results] point of view that doesn't show because of where we are as a team.

"But I definitely do feel that I'm getting a lot more out of the car, and I'm much more on top of things in qualifying and the race, strategically, my starts, all those aspects.

"Now it's just about carrying on improving on those details and building myself as a driver. In racing, like in any sport, you never stop improving."

Stroll continues to be the focus of speculation regarding a possible move to Force India, which was recently acquired by a consortium of investors led by Stroll's father Lawrence.

While he declined to comment on such rumours, he said that he has has little significant input into the ongoing restructure of the Williams team operations recently revealed by Motorsport.com.

"I've been involved to an extent," he said. "But I really just involve my technical group of people, the people that I work with, engineers, strategists, tyre people, and then the rest is management - above my pay grade." 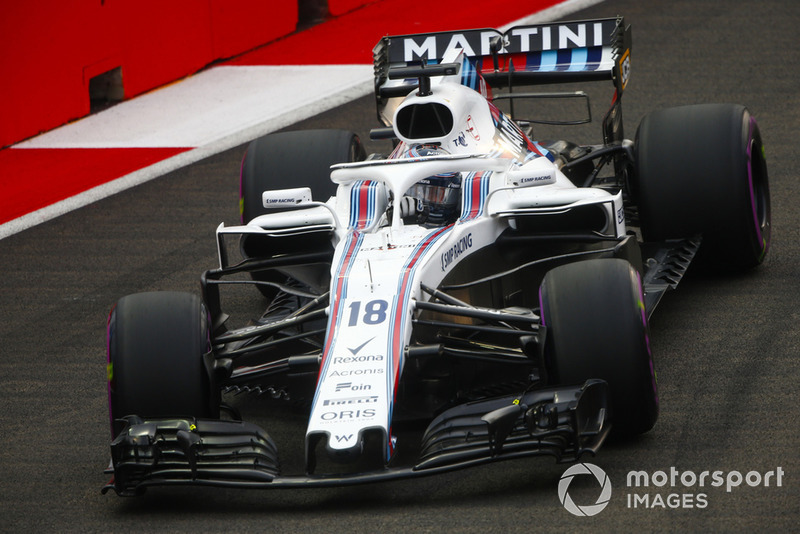