Stroll admits Q1 exits "a pain in the arse"

Lance Stroll has admitted that it is a "pain in the arse" that he is suffering a run of Q1 exits this season, because he thinks only tiny factors are stopping him making more progress. 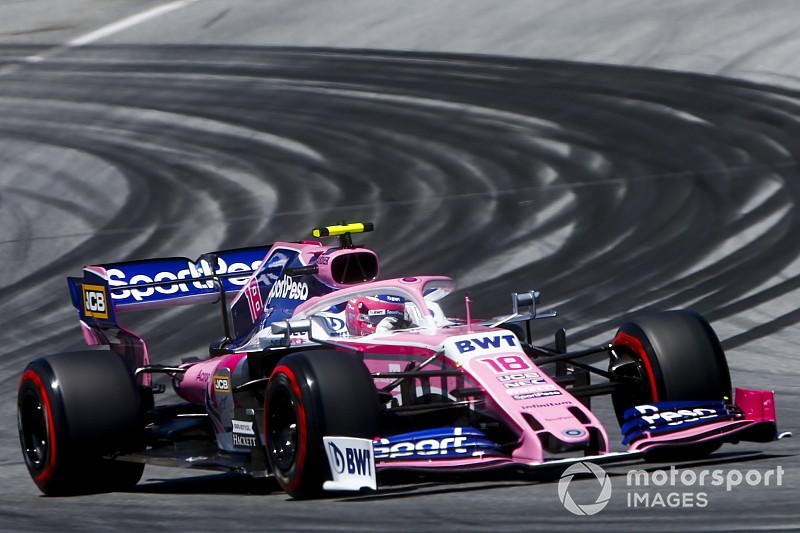 The Racing Point driver has not escaped Q1 so far this year, and his run of early qualifying exits stretches back 13 races to last year's United States Grand Prix when he was with Williams.

But the Canadian is far from downbeat about the situation, and says he takes heart from the fact that he is often able to turn things around in the races – having scored three times this year.

"I know in the back of mind that it is just a process and right now it is a bit of a pain in the arse on Saturday," Stroll toldMotorsport.com about his feelings on the run of Q1 exits.

"I don't take last year into account because that is where the car was on Saturdays, but this year moving forward I see a very exciting season ahead and I know our Sundays are really strong.

"And ultimately, if I could sign up on Sundays for points rather than [doing well on] Saturdays, I would. We've proven we can do well in the races. But it is still an area we can build on; and we have to keep working on it."

Stroll thinks that his potential is better than his Q1 exits have suggested, and suggests incidents like being slowed by traffic or the engine problem he had in Canada have proved costly.

"It's tiny things," he said. "I know that we are right there on many occasions and we could have been in Q2 but shit happens.

"We had the engine in Canada. In Monaco we had some traffic and in Melbourne we were on for a really good performance and looking at Q3, but our Saturday got ruined by traffic. It is always little things like that, but I am sure it is the same for everyone."

Stroll also thinks he feels more comfortable in his car in the race, as opposed to qualifying when the balance issues Racing Point has suffered are more difficult to overcome.

"I've been happier driving the car on Sundays," he said. "It is giving me what I am looking for, and I can use it to my advantage and manage the tyres well which leads to a good race.

"That is a huge part of racing. Starts and tyre management are today's F1. And it is ultimately what brings home points, which is what we are after."

Why Formula 1's stewards can never be right