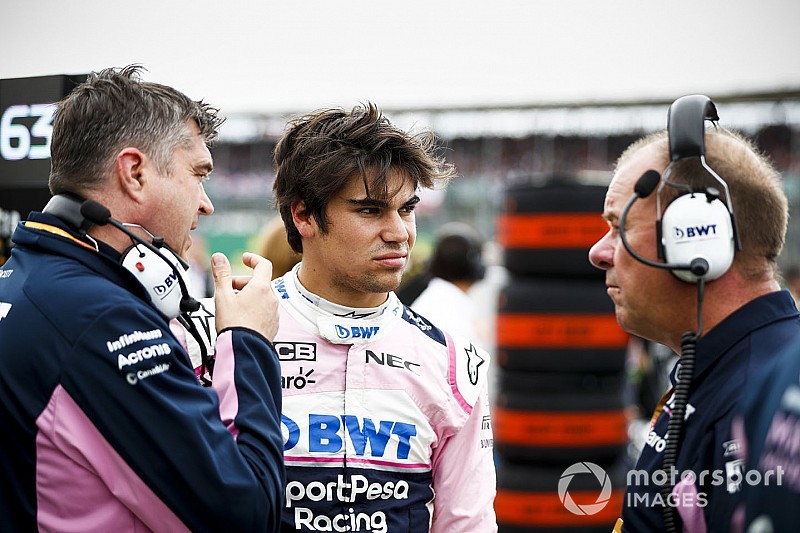 Racing Point Formula 1 driver Lance Stroll says he was frustrated to finish 13th in the British Grand Prix, as he questioned the team's decision to pit him for a second time.

Stroll was running right outside the top 10 when he was called into the pits by the outfit, trading his set of hard tyres for fresh softs.

He rejoined the track in 14th and was only able to make up one place, getting past the Williams of George Russell, before the chequered flag flew.

“We did a two-stop, and the others did a one-stop, the guys we were fighting with - [Daniil] Kvyat and [Kimi] Raikkonen," Stroll said. "I was in front of Kvyat with 15 laps to go, and looks like his tyres hung on.

“I was pretty comfortable with my pace before we stopped, so I don't know what the objective was to stop on a set of qualis [softs] and come back at the end.

“The front left wasn't going for me; looking at the other guys, it seemed like they hung on and managed to score a point, so it’s a bit frustrating to look at their results.”

Racing Point team boss Otmar Szafnauer explained that the outfit didn't believe Stroll's set of hard tyres would last to the end, after the team was forced to originally pit him earlier than expected on lap 13.

"His race was compromised by a tear-off stuck in the right front brake duct," Szafnauer told Motorsport.com. "The temperatures went through the roof, and we had to pit him early. Once you pit him early, you can’t do the one-stop.”

Szafnauer felt that Stroll's teammate Sergio Perez had been on course for a possible eighth-place finish, only to lose out after the safety car came out.

After the restart, Perez then had a problem with his brake balance control, which was stuck too far forward, and he slid into the back of Nico Hulkenberg, leading to a stop for a few nose and a new steering wheel that dropped him out of the points and an eventual 17th place.

“Before the safety car Checo were running in front of Raikkonen, who finished eighth,” said Szafnauer. “And we had the pace on him and were one-stopping just like him. So the safety car screwed us there. 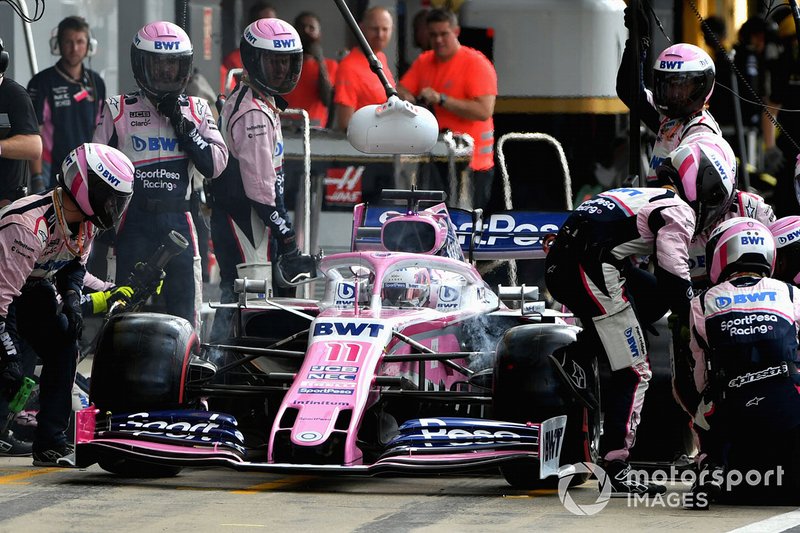 The Red Bull-era weakness that is still plaguing Vettel

Red Bull: Gasly "like a different driver" at Silverstone