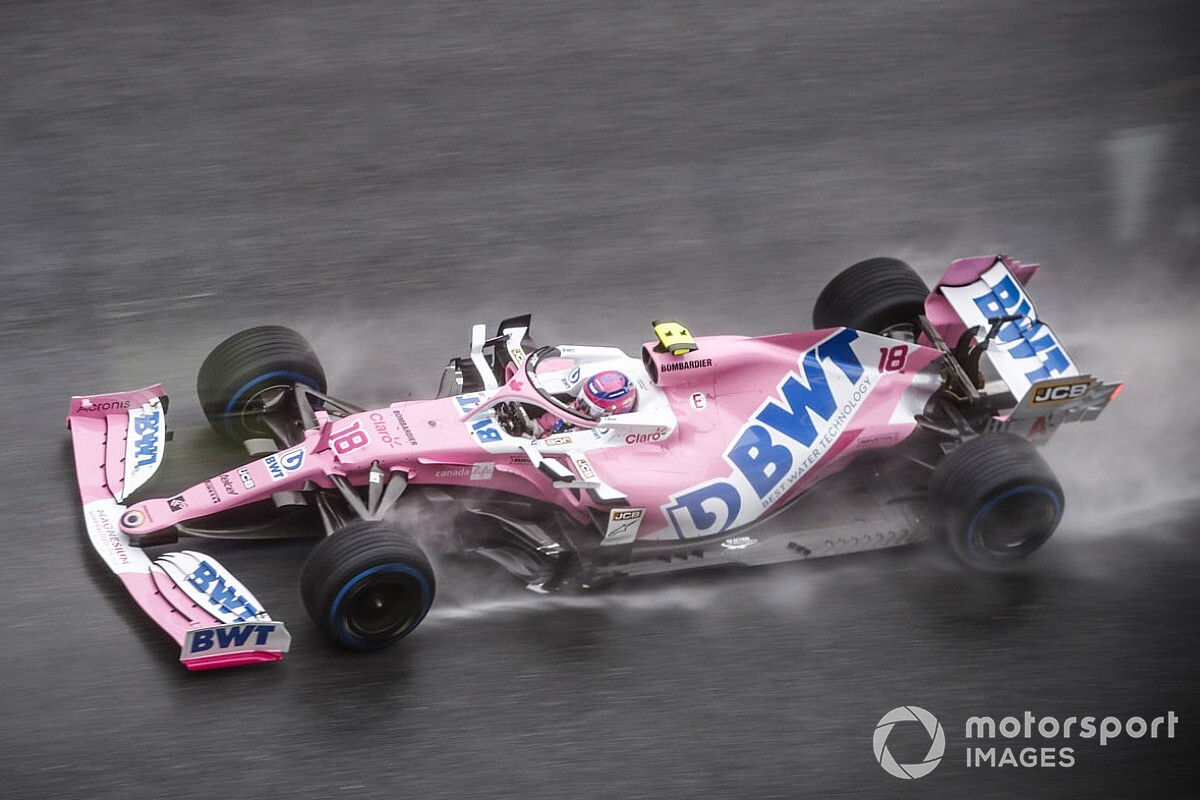 Lewis Hamilton will start the Styrian Grand Prix from pole position, the second race of the 2020 Formula 1 World Championship season at the Red Bull Ring in Austria.

Qualifying took place in wet conditions after a 46-minute delay to allow the weather conditions to improve.

In the top-10 shootout, Red Bull’s Max Verstappen set the early pace before Hamilton beat him by three tenths of a second, a time that Valtteri Bottas (Mercedes) then eclipsed by two tenths. Hamilton regained the top spot, before Verstappen briefly grabbed it back, but Hamilton unleashed a 1m19.273s that sealed the deal, while Verstappen spun on his final lap.

Norris has a three-place grid penalty, for overtaking under yellow flags in practice, so will start in ninth.

In Qualifying 2, the rain intensified in the closing stages, which appeared to catch out Ferrari in particular. Hamilton was fastest in 1m17.825s, ahead of Verstappen and Norris.

Knocked out at this stage were Ferrari’s Charles Leclerc, who missed out on Q3 by 0.083s, George Russell (who made Q2 for the first time and will start a best-ever 12th), Lance Stroll (Racing Point), Daniil Kvyat (AlphaTauri) and Kevin Magnussen (Haas). Leclerc then received a three-place grid penalty for impeding Kvyat, and will start 14th.

In Qualifying 1, lap times were over 20s off the dry pace initially with Russell setting the early pace. Hamilton set the fastest time on 1m18.188s, ahead of Verstappen and Norris, all set before Antonio Giovinazzi crashed his Alfa Romeo at the penultimate corner, hitting the wall and continuing.

The red flag ended the session with less than a minute to go, as Giovinazzi later stopped on track. Knocked out at this point were Alfa Romeo's Kimi Raikkonen, Sergio Perez (Racing Point), Nicholas Latifi (Williams), Giovinazzi and Haas’s Romain Grosjean.

Giovinazzi took a penalty for a new gearbox, and will start last.

Grosjean went off on his out lap and returned to the pits with a technical problem that put him out of the session, while Albon spun at Turn 3 and Latifi had a brief run through the gravel at Turn 6.