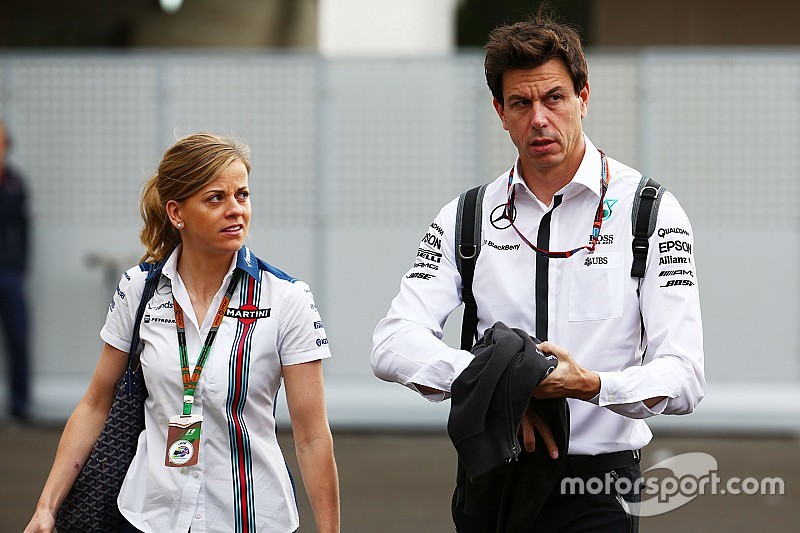 Susie Wolff would have been good enough to race for a midfield Formula 1 team given the chance, reckons her husband and Mercedes motorsport boss Toto.

The former Williams development driver took part in four free practice sessions with the Grove-based outfit, but called time on her career at the end of 2015 without making a Grand Prix start.

While Susie’s ambition of becoming the first woman to start an F1 race since Lella Lombardi in 1975 is over, Toto nonetheless thinks she could have held her own if given the opportunity to race.

“I am sorry she never had the opportunity [to race], because I am convinced that she is good enough to race for a midfield team,” he told Austrian newspaper Tiroler Tageszeitung.

He added: “As family, I did not notice any difference now she’s taken this decision [to stop racing]. She is at peace with herself.”

Having hung up her helmet, Susie is now dedicated to unearthing the next generation of female talent in motorsport as part of her recently launched scheme, Dare To Be Different.