Sutil gets into fist-fight with Renault official 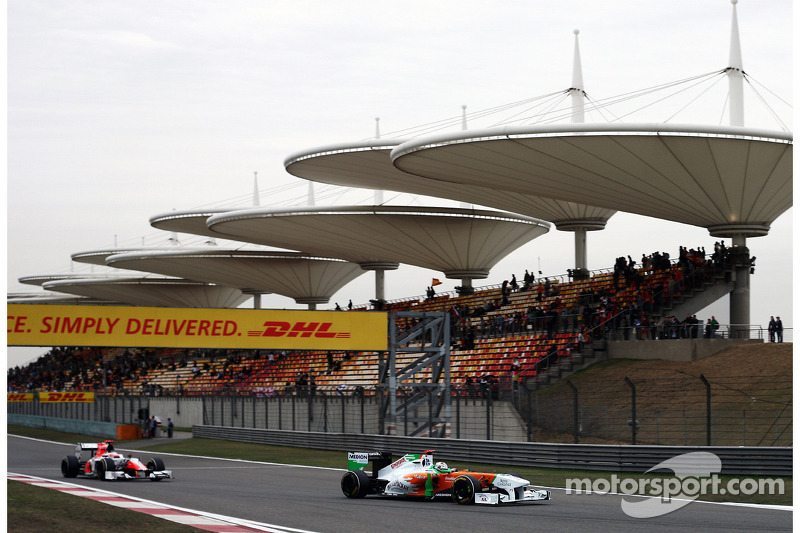 Adrian Sutil was involved in a bar fight after the recent Chinese grand prix, it emerged on Wednesday.

The F1 broadcasters RAI (Italy) and TF1 (France) had alraedy reported that the Force India driver got into a fight in Shanghai. 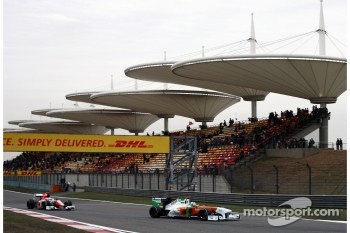 The Italian website 422race.com has now reported details, including the fact that Renault owner Genii's Eric Lux was left bloodied after the scrape in the M1NT nightclub.

Scars on Gerard Lopez right hand man Lux's neck were spotted in the Istanbul paddock and a team spokesman confirmed: "I can confirm that there has been an incident on Sunday after the Chinese GP involving Eric Lux.

"Lotus Renault GP is however not in a position to make any comments, as it is a private matter between Eric and the other person."

It is a private matter between the parties involved

Eyewitnesses at the club reportedly saw Lux rushing from a VIP room with blood streaming down his neck. Sutil's friend Lewis Hamilton was rushed out of the same room by his bodyguards moments later.

"Sutil apparently had to run out of China to avoid legal problems on the matter," reported 422race.com.

The FIA said it is not investigating the matter, and a Force India spokesman added: "It is a private matter between the parties involved and we don't have any information on that, so we don't want to make any comment."