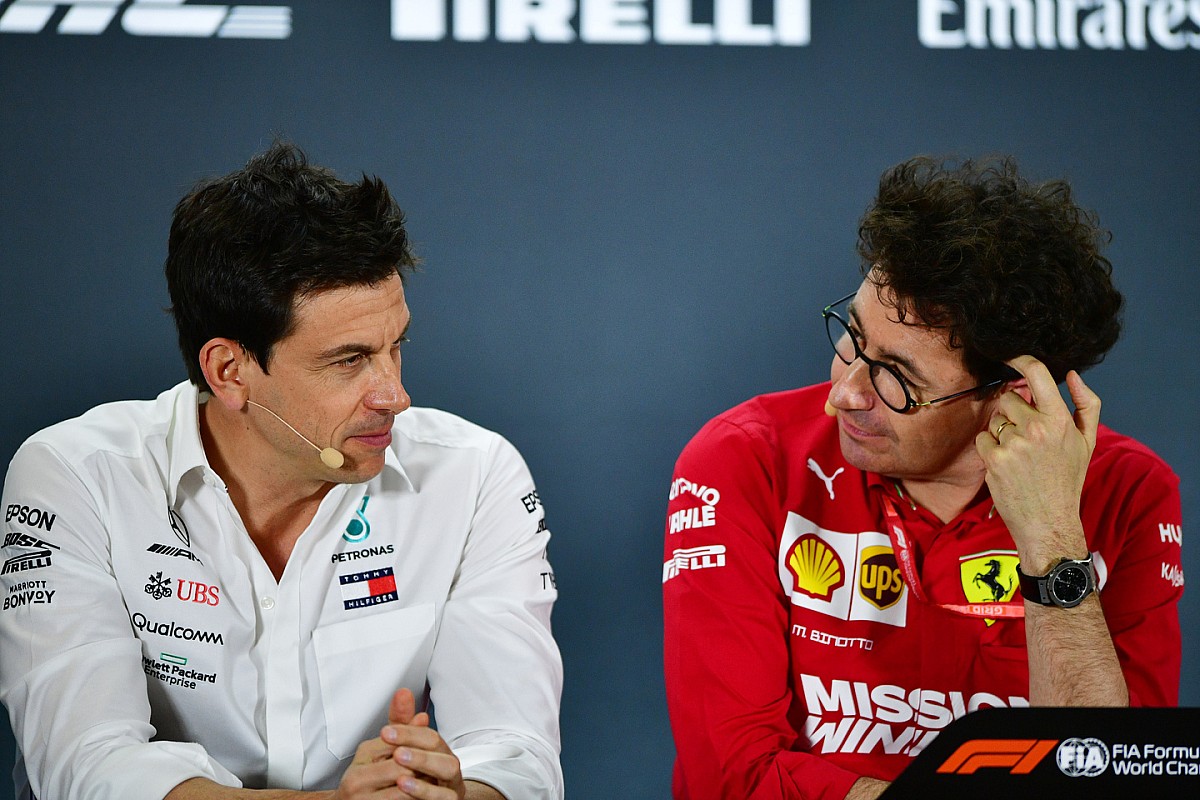 Formula 1 teams would not be happy to see a former team boss take a senior role within the championship like Toto Wolff has been linked to, says Ferrari's CEO.

Under Liberty Media, F1 is currently headed by Chase Carey as chief executive, with the American on a rolling contract that he is happy to continue with but one that may end after the 2020 season.

Speculation has built over who may replace Carey, with Mercedes boss Wolff - one of the key components of F1's dominating team since he took a leadership role in 2013 - among those linked with a position helping run F1.

When the rumours about a potential Wolff/F1 link initially grew, the Austrian said there was an "agenda" behind it.

"I think that anybody who's really been an active and important player in a certain team within the last years, to take on the responsibility at F1 would automatically create conflicts of interest, perceived or otherwise," said Ferrari CEO Louis Camilleri when asked for his opinion about an ex-team boss like Wolff potentially running F1.

"So I personally think it would not be a good thing as to who should ultimately run F1."

Under his leadership, F1 has added a new race in Vietnam and revived the Dutch Grand Prix, with both events part of the 2020 calendar, although there has been difficulty achieving the aim of an increase in major sponsors.

However, Camilleri said Carey - who does not have a motor racing background - has done "a pretty good job".

"He's come out from a world that's really entertainment," said Camilleri. "He had no background in Formula 1.

"I think you need a CEO, because it's a public company, who has experience in essentially the entertainment business.

"My sense - but ultimately it will be [Liberty's president] Greg Maffei who will decide who the eventual successor to Chase will be if that happens - is that if Mattia [Binotto, Ferrari team principal] was the candidate to replace Chase Carey, I think the rest of the paddock would not be too happy with it. It's just logical."

Ferrari has retained its right to veto decisions that it believes are not in the best interest of the championship.

However, this is usually referred to in the context of regulatory debate.

"The veto is sort of the last-resort tool," said Camilleri. "Should we be confronted with that I think we would explain our position quite clearly to the folks at Liberty, Greg in particular, and I think we would have a constructive conversation."

Haas was "blindsided" by strong 2018 season