Formula 1 team bosses have backed the idea of delaying the introduction of new engine rules beyond the original planned 2021 date. 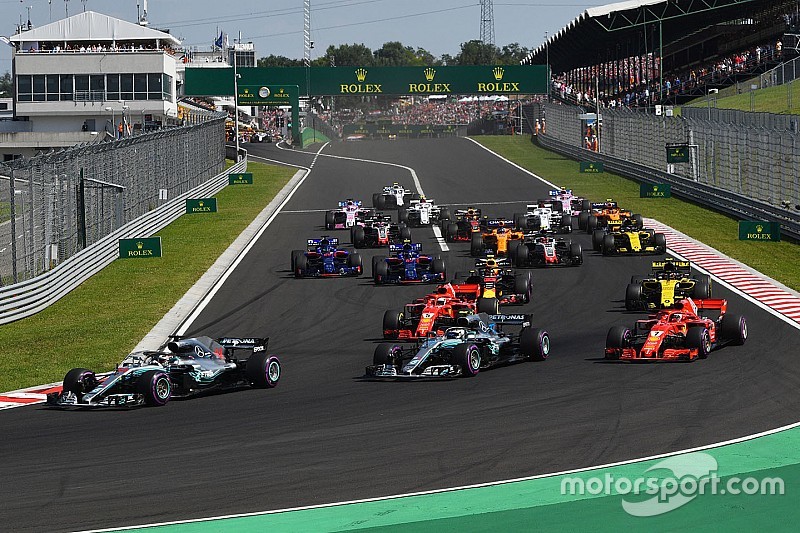 Discussions have been ongoing since last year about a revamp of the power unit regulations to make them cheaper, louder and less complicated. The hope was that the change would attract new manufacturers to the sport.

However, with it looking increasingly likely that no new engine makers are willing to commit right now, a rethink is underway about whether or not it is worth pushing on with the change for 2021.

F1 managing director of motorsport Ross Brawn said ahead of the Belgian Grand Prix that it would make sense to delay the new rules.

Renault F1 managing director Cyril Abiteboul said: "There might be the risk of trying to embrace too much and not produce and deliver anything.

"Our view would be to try and be a bit more pragmatic and focus on what is the main emergency for Formula 1, and I'm thinking really of the show, of the disparity between the teams, the disparity in the revenue. We think that this is really the main priority.

"I think some clarity on budget cap or not, because the costs are certainly too high. We don't think that the engine regulations are at that level of priority."

Red Bull boss Christian Horner said it would be better for F1 if the sport spent more time to ensure it got the regulations right.

"I think that rather than making a half-hearted change and getting it half right, I think it's better to take a little bit more time to really consider what is the right engine for Formula 1 moving forward. If that needs a bit more time, or a couple more years to achieve that, then that's the sensible approach."

Asked how long the delay should be, Horner said: "I think at the moment now I can't see anything changing before the 2023 season, to be honest with you."

Sauber boss Fred Vasseur has suggested that a longer delay than just one year would be logical, because it would avoid expensive car revamps if new chassis regulations arrive in 2021.

"It would be a mistake to postpone one for one year," he said. "It makes absolutely no sense to design a completely new car, and after one year you have to design a new chassis because the engine is different.