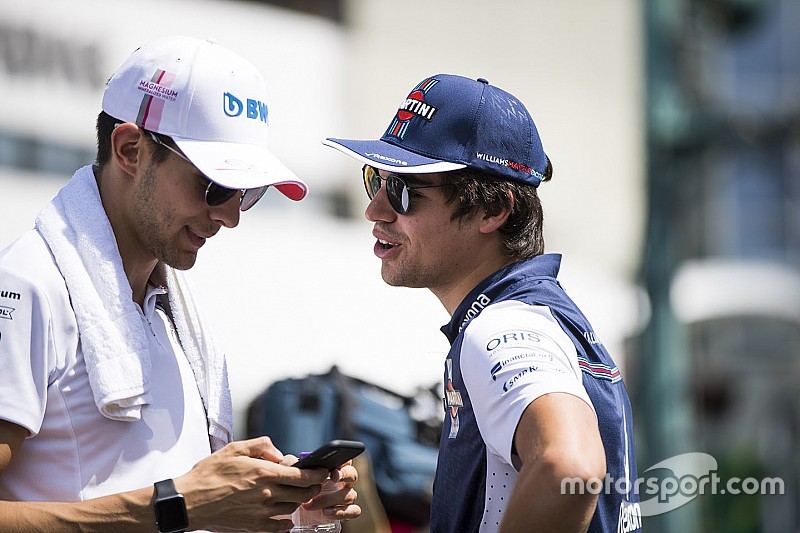 The Force India and Williams F1 teams are not expecting any driver swaps until after next month's Singapore Grand Prix.

Since Lawrence Stroll purchased Force India, it has been clear that the Canadian wants to move his son Lance over from Williams within this season in order to give him a head-start for 2019.

In theory, Robert Kubica would then be promoted to the Williams race seat, as the team is contractually obliged to use him as reserve, leaving Esteban Ocon without a drive unless he is successfully placed elsewhere.

Efforts are still being made to get the Frenchman into McLaren at the expense of Stoffel Vandoorne, while some sources have suggested that one scenario could see him sit out a few races and then replace Kubica at Williams for the last part of the season.

"I don't think it's going to happen quickly," she told Sky F1. "There are quite a lot of hoops that we've all still got to jump through around the [Force India] sale in particular.

"Once that's happened I think then things will start moving. I don't think we'll see a change before Singapore certainly."

Asked about the likely timing, she said: "I don't know, maybe around Russia, Austin, something like that. I think we just have to wait and see. It's a real moving target at the moment."

Aside from the commercial considerations and the untangling of various contacts, Force India is keen to go to Singapore with its current driver line-up in search of valuable points.

The track is seen as favourable, while a major update package, delayed by the team's financial problems, will finally be deployed.

Asked by Sky F1 if he expected any changes before Singapore, team boss Otmar Szafnauer stressed that logging more points is the short-term priority.

"I don't think so," he said. "We've got to look to see what we're going to do next year, we've got a lot of points yet to score this year.

"I think we're ninth now and we've got our sights set to be a little bit higher so we've got to focus on that. We'll worry about drivers at a later date.

"It was our biggest points haul of the year, 18 points in Spa, and we need to get some good points here as well.

"Hopefully this track suits us too, and then we've got a big upgrade coming in Singapore. We've got to focus on what we do best, which is going racing."

Hulkenberg to join Ricciardo at back of Monza grid