Giorgio Piola and Matt Somerfield explain the science behind the intricacies of air-intake design that goes into F1 roll hoops.

It is amazing to think that up until 1983, the only part of a Formula 1 car had had to be signed off by a fully-certified engineer was the roll-over safety bar.

Advances in car safety (plus ever tougher crash tests) have come thick and fast since then – but it is interesting to see that what was once an area of the car only there to protect drivers is now being exploited like never before to also find performance.

The Mercedes W07's airbox is one of the largest in the 2016 field but, it is not the first time we have seen teams use this area and the roll hoop in different ways to achieve both structural and aerodynamic goals.

While structural integrity is clearly paramount, as the roll hoop provides the driver with protection in the case of an accident, it is the aerodynamic advantage that can be leveraged that is of the utmost importance. 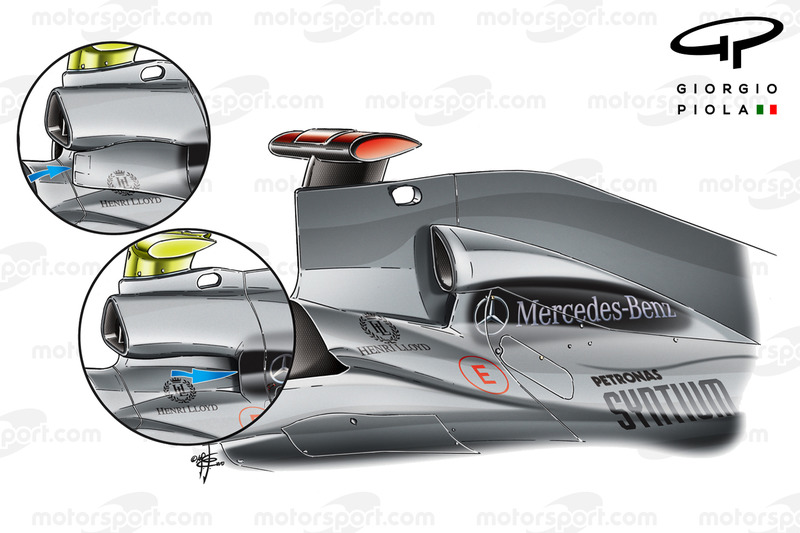 It is not the first time that Mercedes has pushed the envelope in this area.

From the 2010 Spanish Grand Prix (above right), it used a bladed roll solution that allowed a multitude of options in terms of supplying airflow from the airbox inlets to the engine, be it for combustion or ancillary coolers. 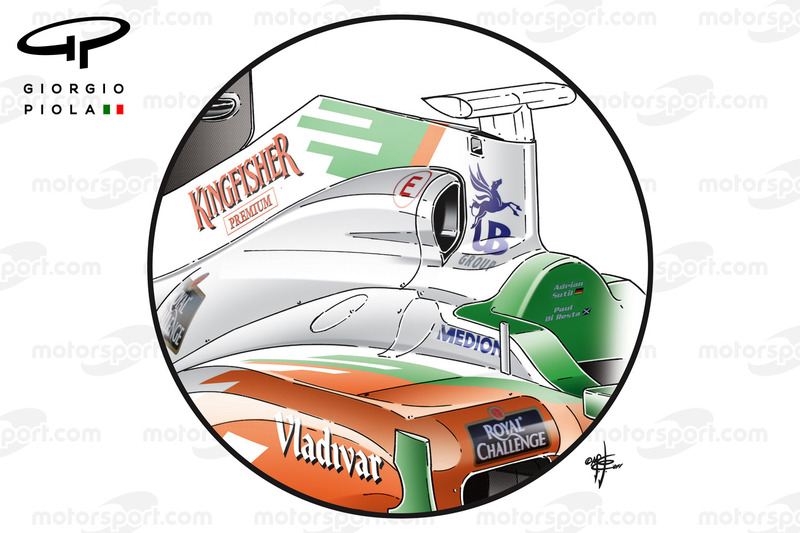 In 2011, Force India (above) ran a similar solution to that of Mercedes from 2010, which had returned to a more conventional solution by then.

The VJM04 used snorkels mounted either side of the roll blade, which provided air to the Mercedes FO 108Y V8 engine.

With teams getting more extreme with their designs in this area – even if they had passed crash test – the FIA elected to clamp down on what teams could do for 2012 onwards. 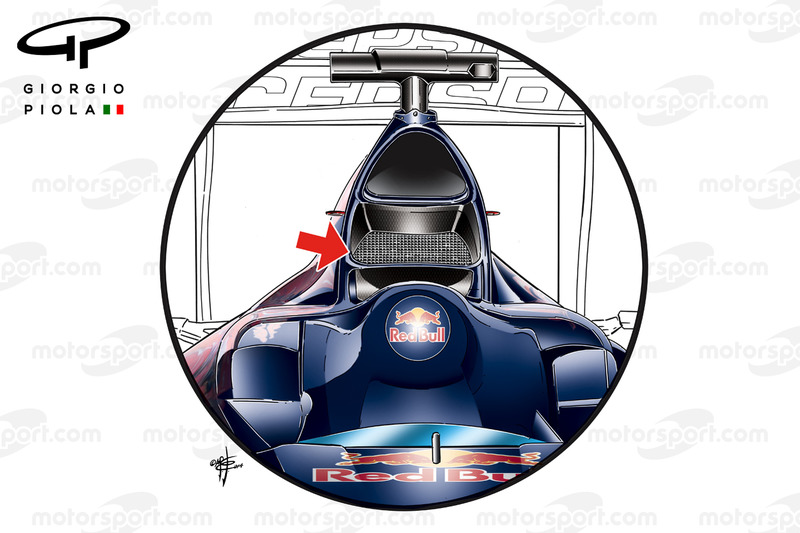 The new roll-hoop rules, allied to some experimenting at the time with F-ducts, led to teams exploring other areas before the switch to the hybrid V6 turbocharged power units in 2014 brought this area of the car sharply back into focus.

The increased need to supply air to not only the turbo's compressor but also a vast array of radiators and air-to-air coolers meant it was important again.

Toro Rosso (above) decided to use an enlarged airbox, supplementing the conventional upper inlet with another below it. 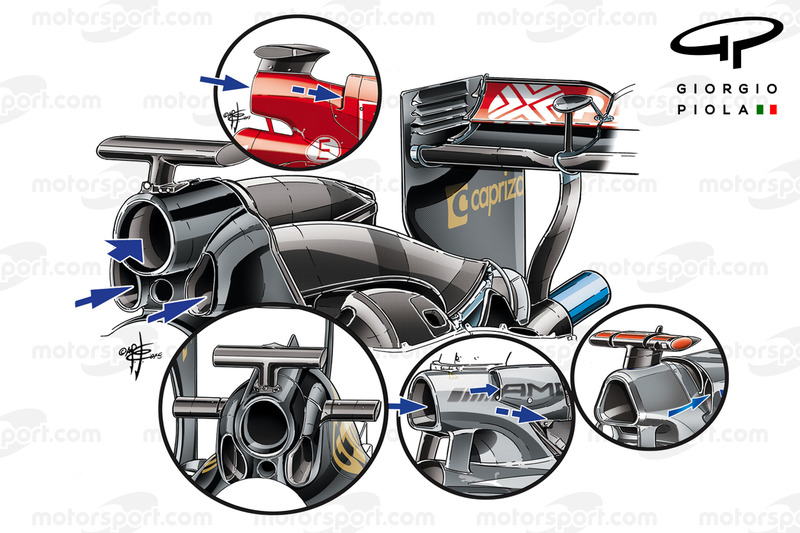 In 2015, having previously used 'ears' on the side of its predecessor's roll hoops, Lotus (above, main image) opted to fully integrate them into its design.

The large inlet being used by Mercedes, like those that have gone before it, compartmentalizes the airflow, with the central inlet supplying airflow to the turbo's compressor, while the outer inlets supply air to cool ancillary coolers.

The importance of maintaining the thermal operating window is critical, as each of the power unit elements needs to stay within a very narrow temperature band in order to maximize efficiency and performance.

As the manufacturers and fuel suppliers continue to push the combustion envelope, it becomes imperative that the correct ratio of fuel and air is supplied, and that pre detonation doesn't occur, as this scuppers reliability, performance and efficiency. 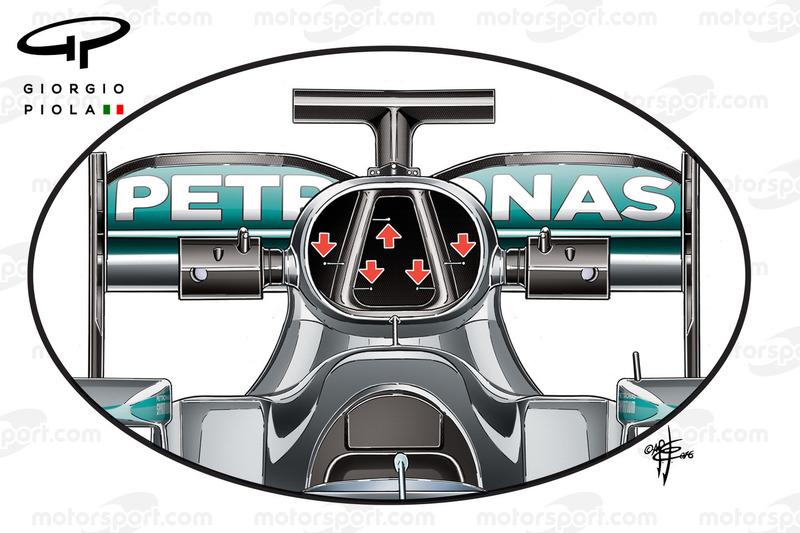 During pre-season testing Mercedes furnished the W07's airbox with Kiel probes, measuring the airflow being received to ensure it was at the right level in all the channels.

This information was used to correlate the real world data with what the team expected, having completed CFD and the windtunnel tests.