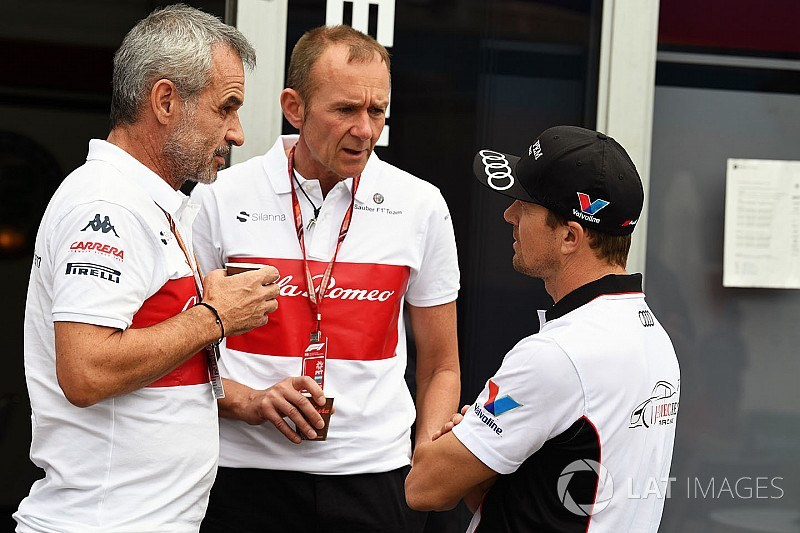 It comes just weeks after the Swiss team hired a new head of aerodynamics and is in the process of an internal restructure as it bids to move up the F1 grid.

Team principal Frederic Vasseur will supervise Sauber's work on 2018 upgrades and initial 2019 development "until a new organisation" is announced.

Zander returned to Sauber ahead of the 2017 season after working as Audi's technical director until the German manufacturer withdrew from the World Endurance Championship's LMP1 division at the end of 2016.

He had previously worked at Sauber between 2006 and 2007, when the team was owned by BMW, as chief designer.

Zander was most recently tasked with making the most of Sauber's recruitment drive, which included the appointment of former Toyota, Ferrari and Audi man Jan Monchaux as head of aerodynamics early last month.

He told Motorsport.com earlier this year that the team was lacking "competencies and resources in the some of the technical divisions".

"We're a group of about 200 people in the technical area that primarily concentrate on engineering," Zander said ahead of the season-opening Australian Grand Prix.

"It takes time to get a vast project like that sorted on the best level you can. It's still the key task that I have to deliver to make sure this technical team works well and is able to deliver a good development programme."

It has already doubled that tally in 2018 thanks to two points finishes in the first four races, with Charles Leclerc sixth in last weekend’s dramatic Azerbaijan Grand Prix.

Sauber’s 10-point haul puts it ninth in the constructors’ championship, six clear of last-placed Williams and the same amount behind Force India in sixth.

A Jordan F1 show car for sale in Québec