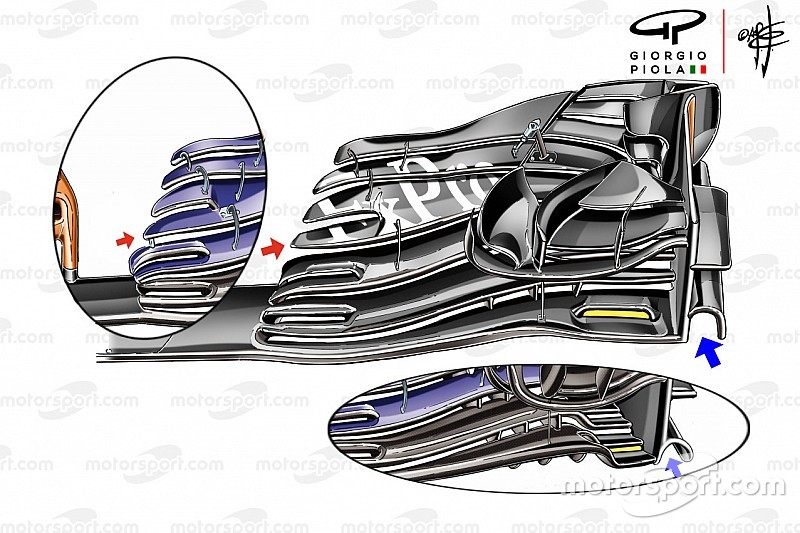 McLaren arrived at last weekend’s Austrian Grand Prix determined to evaluate several key areas of its MCL33 as it bids to unlock the full potential of this year’s car.

Progress for McLaren has been slow going this year, as the team has struggled to understand an issue that doesn’t translate the performance it is seeing on its simulation data (CFD/windtunnel) to what it is experiencing on track.

In recent races, this has led the Woking-based outfit to experiment with different aerodynamic configurations during free practice sessions as it tries to work out where it is missing performance. 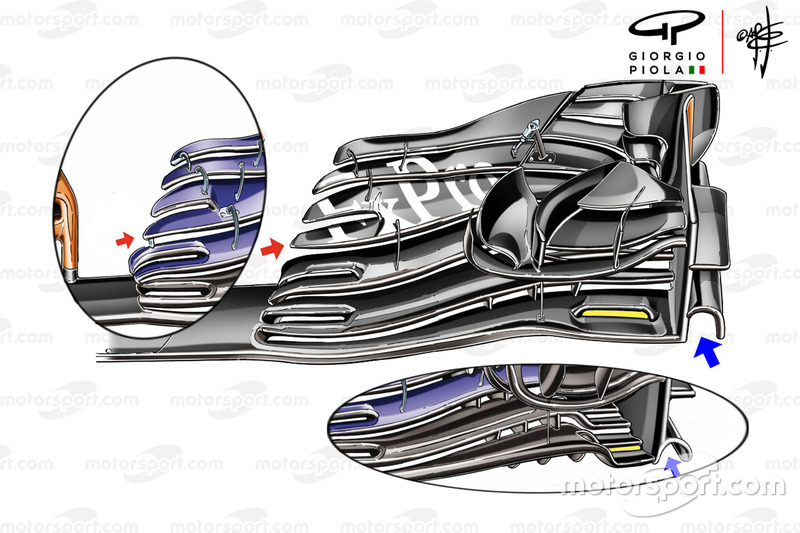 A prototype front wing was the centrepiece of its experiments in Austria, with numerous changes made in order to feel out exactly where its current weaknesses lie.

The wing had several key changes: 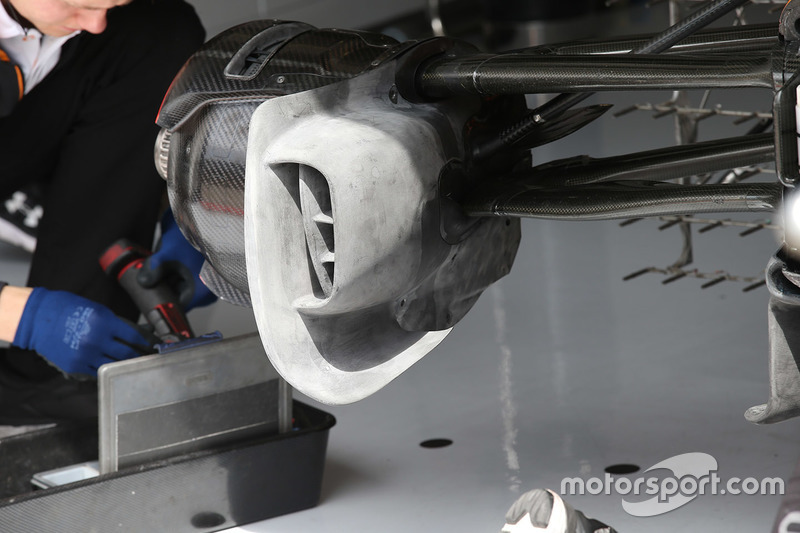 Along with testing other revised 3D printed parts, such as the brake ducts (above), the team also mounted more pressure sensors, kiel probe arrays and sprayed the MCL33 with copious amounts of flo-viz paint as it hoped to understand with more clarity where things were going wrong. 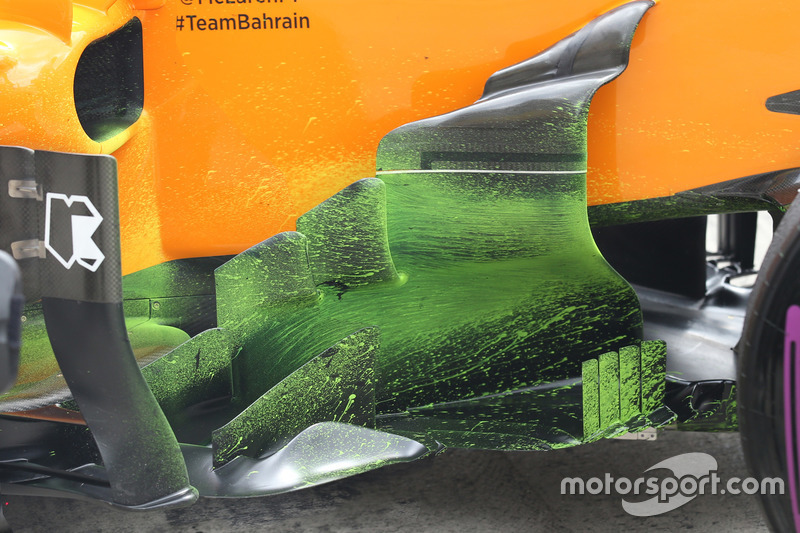 While the new parts may not be the answer to all the team’s problems, the vast range of experiments (as shown above) should at least help the team understand what it needs – and fast-track the right modifications to move up the grid.

The real redemption story in Austria