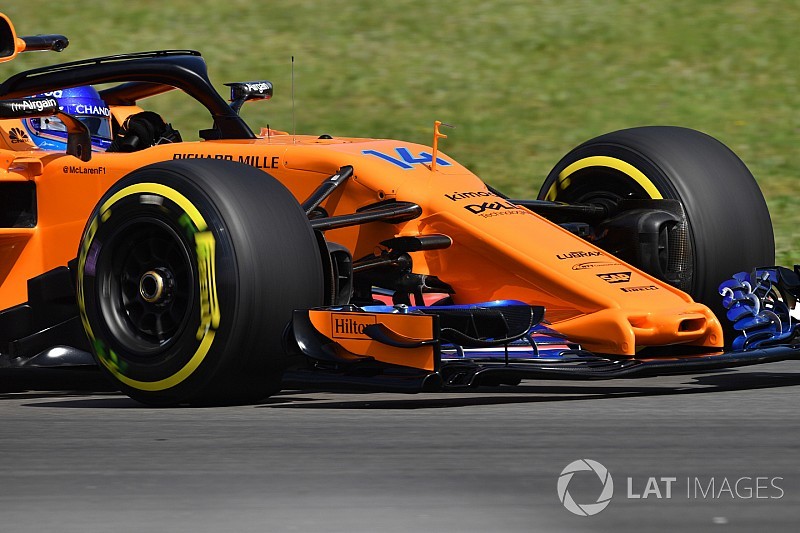 McLaren introduced its major Formula 1 upgrade package in the first free practice session for the Spanish Grand Prix, with both Fernando Alonso and Stoffel Vandoorne running its extravagant new nose.

The team described the upgraded car as its real 2018 challenger earlier in the season, and the modified nose takes several cues from rival cars.

The nose tip extension, which overcomes the requirement for a low nose, has an opening at the front like the one used by Red Bull since the start of last season.

McLaren has also been influenced by this year's Sauber, introducing a pair of channels either side of the nose that allow airflow to move under it.

Both of these solutions are an attempt by McLaren to make the lower surface 'invisible' from an aerodynamic perspective, while meeting the cross-sectional area criteria of the regulations. 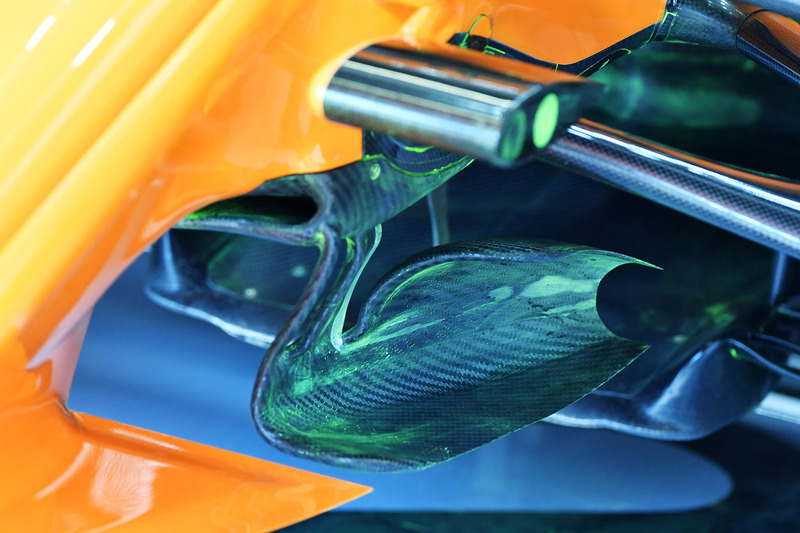 The elongated and holed front wing pillars have been cast aside, replaced by a set of pillars that converge on a Mercedes style cape.

This funnels and realigns the airflow so it can be better utilised by the new turning vanes mounted beneath the chassis.

Although the nose design features a collection of design ideas already seen on other cars, there is a novelty in that the main body is flanked by a pair of panels that give a more decisive direction to the airflow passing around the nose.

The complexity of the nose package shows how hard McLaren is pushing to close the gap to the front of the midfield, given how difficult it will have been to design such a structure to pass the mandatory crash tests. 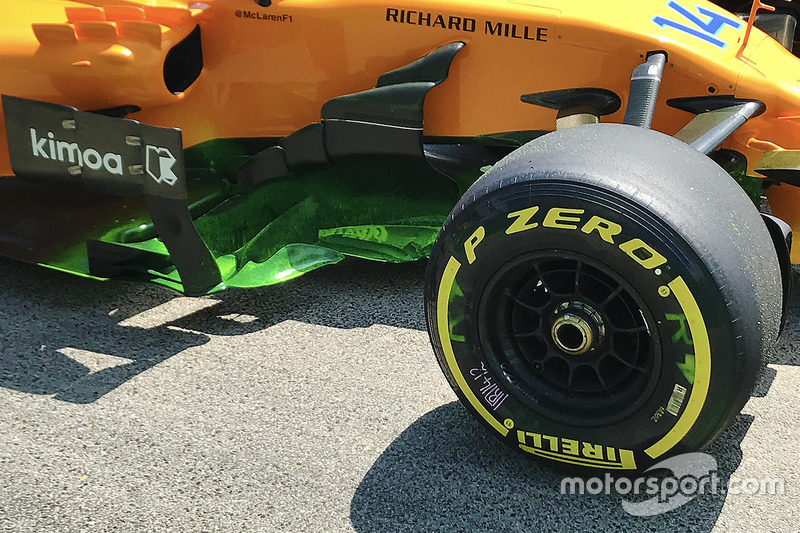 Both cars both ran with new sidepod deflectors, adding a forward elements that stretches down to the floor's 'axehead' in order to limit the disturbance caused by the front tyre wake.

The bargeboards themselves are untouched at this stage, but the team ran with flo-vis paint in that area to evaluate whether the nose is delivering the performance promised by CFD and the windtunnel.