What was behind Red Bull's split wing approach 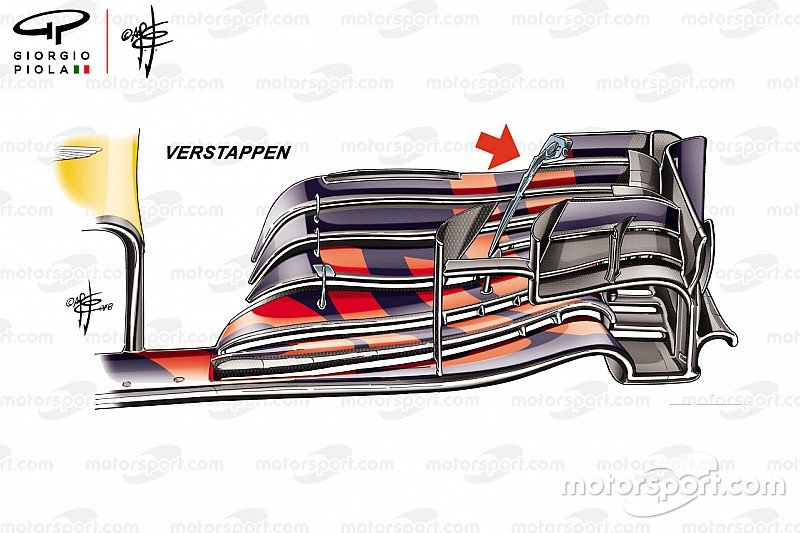 Red Bull's long-standing power deficit to rivals Mercedes and Ferrari has often forced it to be aggressive with its wing settings in a bid to ensure it does not lose too much time on the straights.

The team has often tried to trim out its wings, and it has not been unknown for Max Verstappen and Daniel Ricciardo to experiment with wildly different wing levels to try to discover the best performance.

The high-speed characteristics of Silverstone, with the flat-out corners effectively being treated as straights, meant that Red Bull had to go pretty extreme last weekend through.

Both Mercedes and Ferrari ran with the low-drag style wings that were used in Baku, which forced Red Bull to try to go with an even smaller angle. 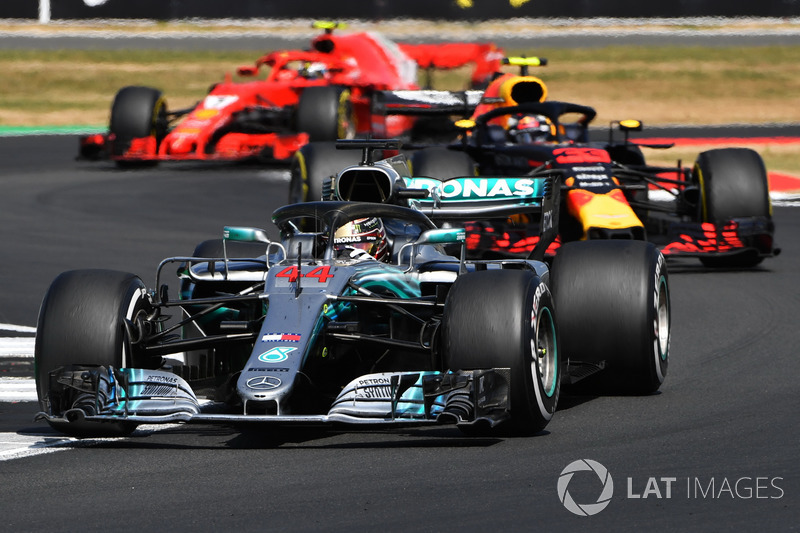 The above image taken from the British GP gives an indication of how little angle Red Bull is running compared to Ferrari and Mercedes.

At the British Grand Prix, however, Red Bull did something even more different though, when Ricciardo and Verstappen ran entirely different front wing designs to try to find the best way forward. 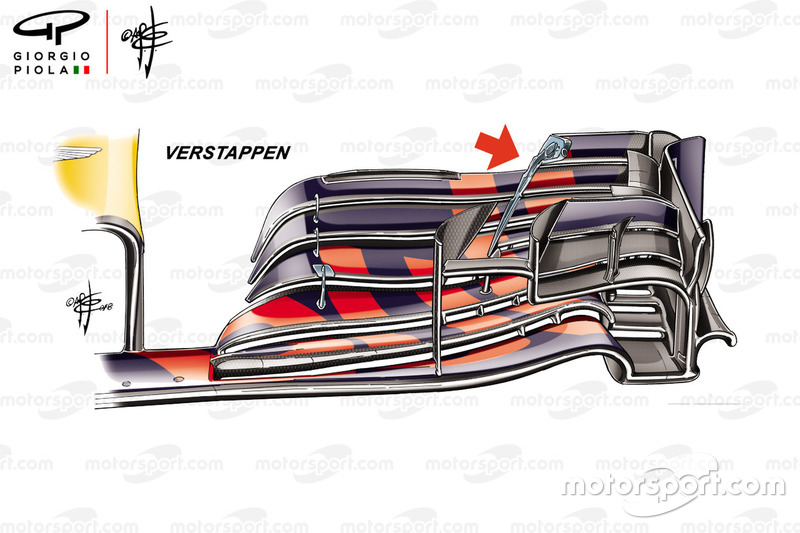 Verstappen pressed on with a design we've seen the team deploy when it needs to reduce downforce already this season, and this last appeared for Red Bull in Montreal.

The wing features a revised flapped section, taking up much less space than is possible (arrow), to help reduce the downforce being generated so the aero balance is in line with what is being run at the rear of the car.

It's a tactic that Red Bull has commonly utilised, but it is more difficult for the team to find gains by doing this at high-speed circuits where Mercedes and Ferrari also start trimming downforce levels. 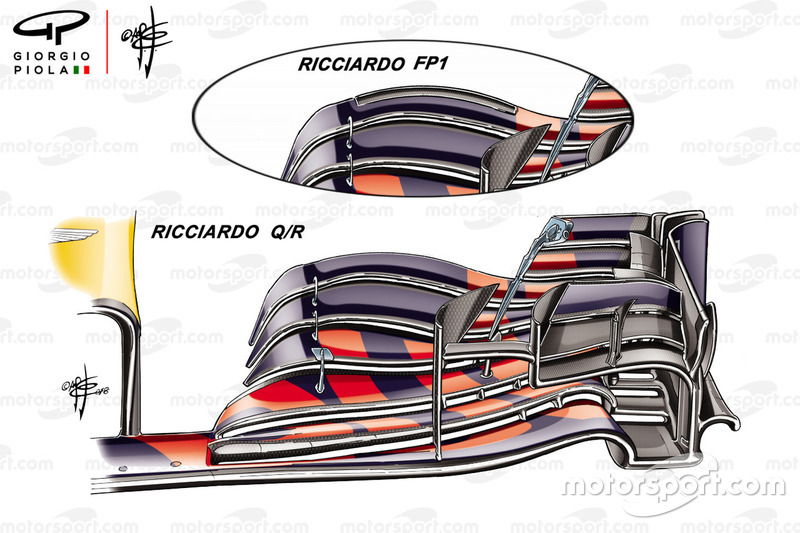 Ricciardo took things a little further than Verstappen with his front wing though, as the Australian opted for a design with an even more aggressive flap configuration.

He started out with a Gurney strip attached to the trailing edge of the uppermost flap in Friday's first free practice session, as he looked to balance the car through the numerous high speed corners.

However, for qualifying and the race he sacrificed that balance and extra downforce in search of more straightline speed by removing the Gurney strip.

In the end, unfortunately, Red Bull's power deficit was too much to allow its chassis to overcome the time lost on the straights.