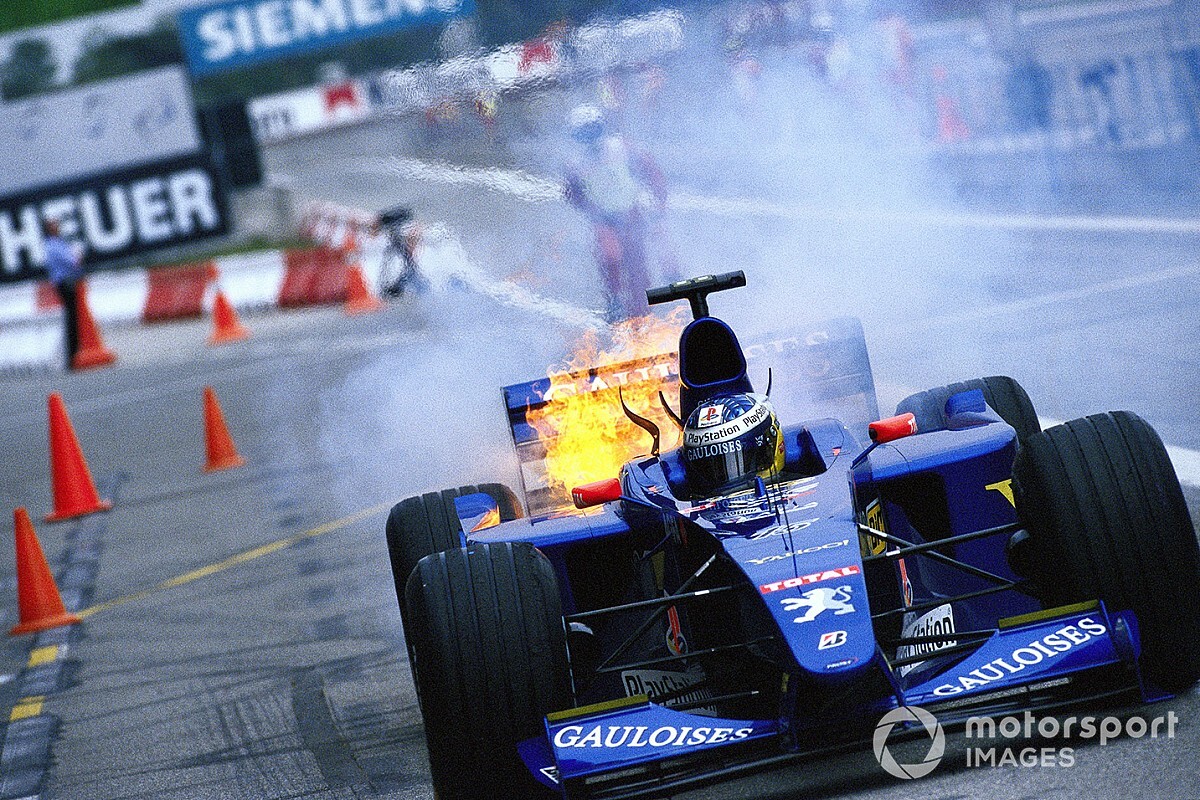 In 2000, Formula 1's French driver, car and engine combination promised much. But it descended into a failure that marked the end of Peugeot's time in grand prix racing and the beginning of the end for Alain Prost's team

Before Esteban Ocon threw his lot in with Renault for 2020, the last time that a French driver properly ran in Formula 1 with a French car and engine (we're not counting Romain Grosjean's late 2009 cameo for Renault) was at the turn of the millennium. Back then, Jean Alesi was resigned to trundling around at the back of the field for the Prost team, powered by a Peugeot engine.

Alesi had become friends with team principal Alain Prost during their time racing at Ferrari together in 1991, and decided to join the four-time world champion's squad for the 2000 season when Olivier Panis crossed the Channel (or La Manche, s'il vous plait) to take a test driver role with McLaren.

Leclerc: Racing on reverse layouts would be "very, very cool"