The key questions about the Hamilton closed pit penalty 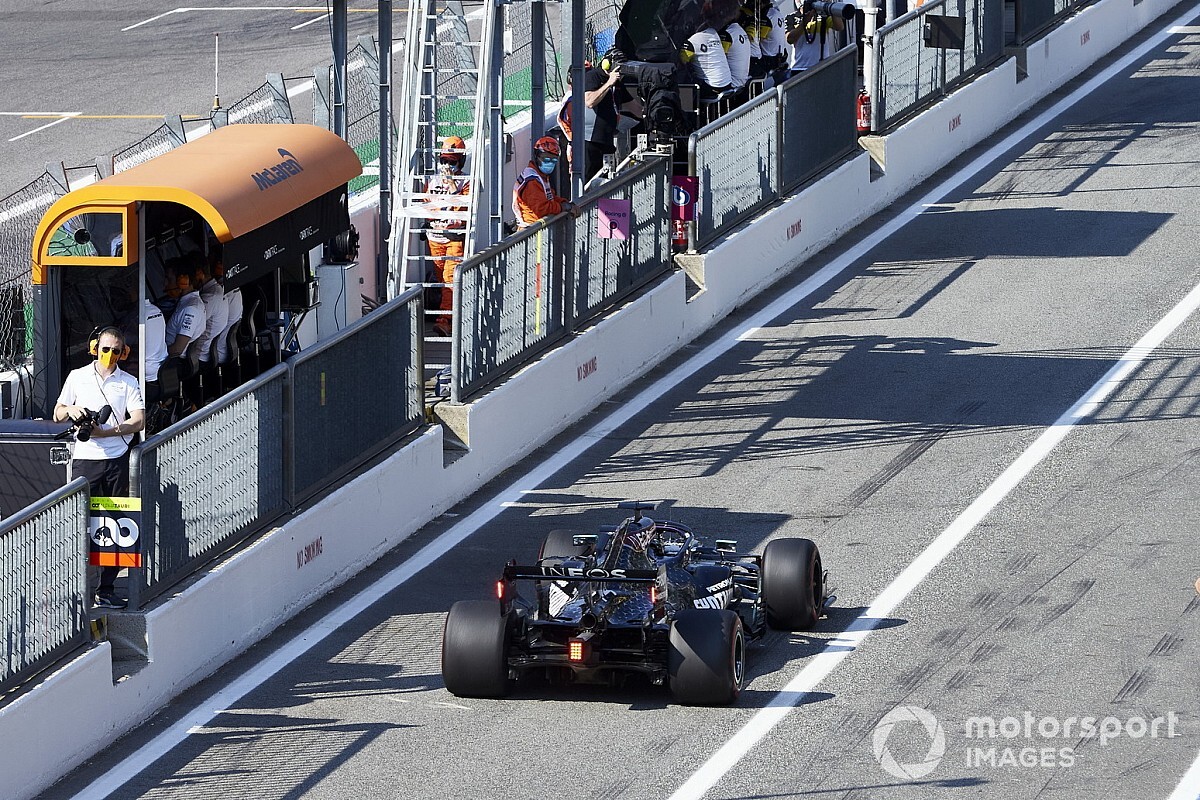 The Italian Grand Prix proved to be one of the best races of the year, as Pierre Gasly took a shock maiden victory for AlphaTauri ahead of McLaren's Carlos Sainz.

But the defining moment that triggered the Monza surprise was when race leader Lewis Hamilton was handed a 10-second stop-go penalty for entering a closed pitlane to change tyres.

Such a rules breach is deemed a serious offence, and it took Hamilton out of contention for the win on a day he looked set to cruise to victory.

Here we look at the background to the incident that changed the shape of the race, and explain the circumstances.

Why was the pitlane closed?

Kevin Magnussen had been battling from the back of the field, after picking up front wing damage on the opening lap that had required a replacement. However, after 17 laps he ground to a halt with a suspected power unit problem on the exit of Parabolica.

After pulling over next to the barriers on the right side of the track, the FIA felt that the best option to retrieve the car was to push it forwards down the pitlane.

So with marshals potentially exposed to cars as the moved Magnussen, F1 race director Michael Masi decided that the best option was to close the pitlane and to bring out the safety car.

Why wasn't Magnussen's car pulled back behind the barriers? 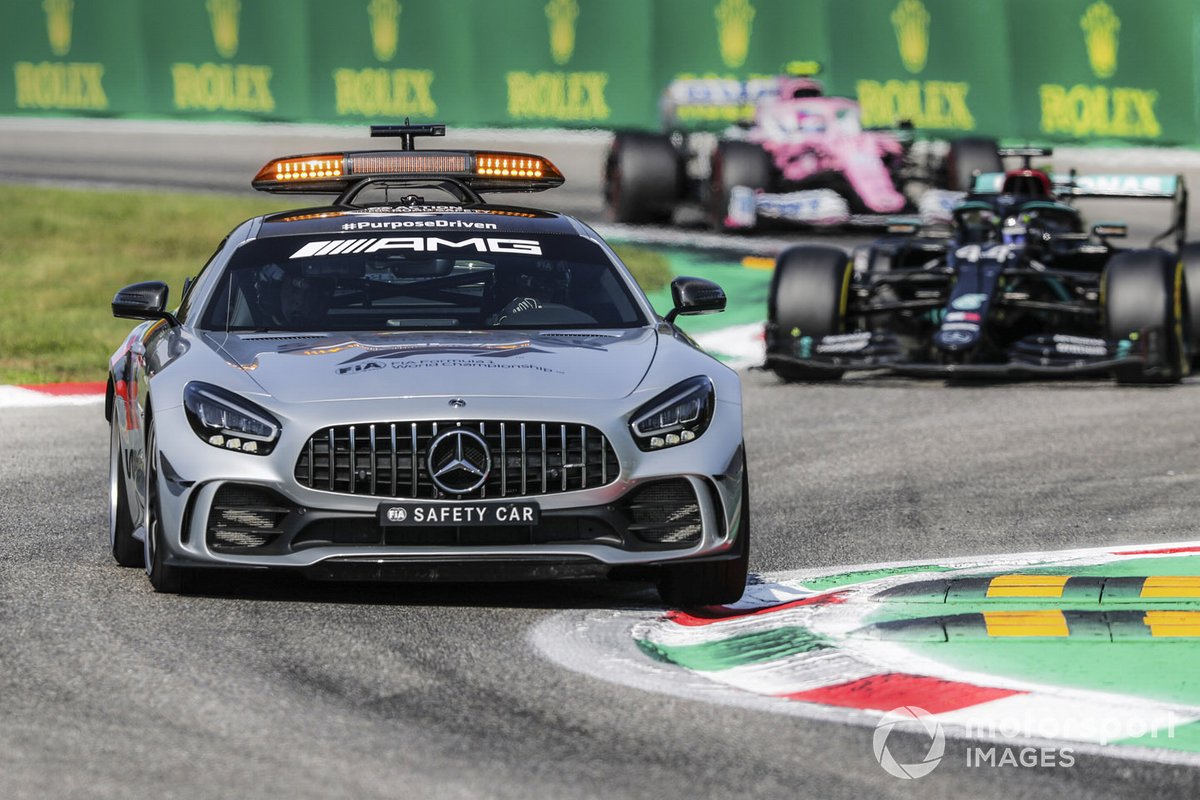 When Magnussen's car came to a halt, he had deliberately parked it by a gap in the Armco barriers. It seemed logical that the car would simply be pulled back into the hole and the matter dealt with under local yellow flags.

However, Masi has explained that the gap there is not actually big enough for cars to fit through, and is just there to allow easy access to incidents for marshals.

"There's some of openings are vehicle openings, some of them are just marshal posts," said Masi.

"The ones that have the shorter orange band effectively are only a marshal post, and the car would not fit at that area. So the only safe place to remove [Magnussen's car] was to push it down into pitlane because there was no other opening available."

What warning did Lewis Hamilton and Mercedes get?

When the pitlane closed decision was made and the safety car called out, Hamilton was already in the area of Parabolica.

As he came through the corner, two red pitlane status lights on the outside, which are the regular marshalling signal posts, were flashing with a cross. This cross is to signal to drivers that the pitlane is closed.

The location of these lights is highlighted to teams in pre-event notes issued by the FIA, so both Mercedes and Hamilton should have been aware of their location.

As Masi said: "The map indicating those is distributed to all the teams in my event notes, and is part of the pitlane diagram. Obviously it is also in what forms part of the race director's event notes, which is used for the drivers' meeting."

Further, there are two other warning systems in place to help teams in such circumstances. The software that teams use to monitor the track switches to show the pitlane area in red, while there is also a notification made on one of the official F1 timing pages that the pitlane is closed.

How did Hamilton and Mercedes manage to miss it?

The closure of the pitlane in such circumstances is quite a race occurrence, with the last time it happening being the 2016 Brazilian Grand Prix.

Hamilton admitted that he had not spotted the signals, as his focus was on the right hand side of the track and where the Magnussen incident was. 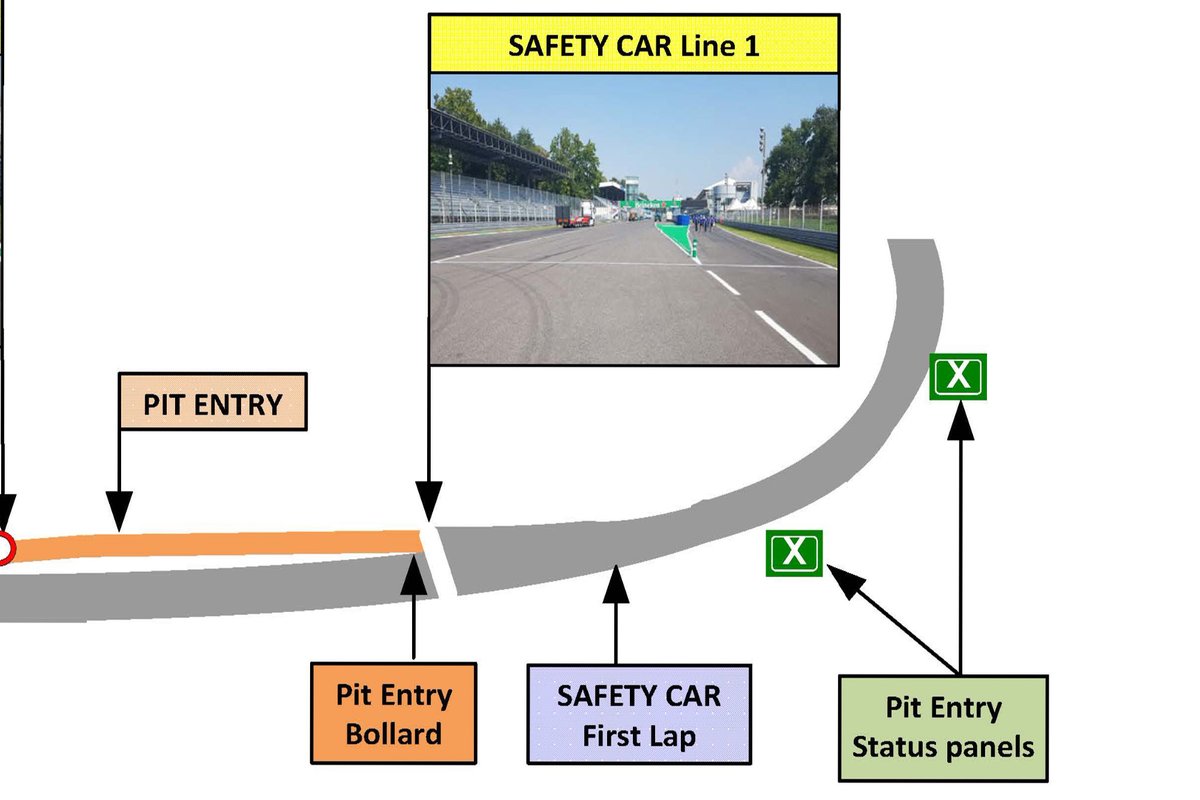 Mercedes, in the split second in which it had to react to the safety car, had also not spotted the changes in the software system nor the Timing Page.

As Mercedes boss Toto Wolff said: "We spotted that last minute back home. One of the strategists just shouted into the radio whilst we were entering the pitlane.

"There was confusion, because you prepare yourself for the pit stop to make it good. Everybody on the pitlane, including myself, we were looking at this situation, and nobody looks at page four [of timing] that the pitlane is closed.

"We can't see the signs, and this is just a sequence of events that screwed Lewis's race. Not happy, but you have to take it on the chin."

Was Hamilton allowed to speak to the stewards during the red flag?

Hamilton clearly first felt that he had not passed any signal telling him that the pitlane was closed.

So during the red flag interruption triggered by Charles Leclerc's sizeable accident, he took it upon himself to go and see the stewards and find out what had happened.

After the two light panels showing the crosses were pointed out to him, he accepted that he had made a mistake and put the matter behind him.

Some have suggested that it seemed slightly strange for Hamilton to be able to speak to the stewards in such a way, but the FIA is always open for discussions with competitors if they have issues they want to talk about.

As Masi said: "There's nothing stopping it, and thankfully we don't have too many red flags. The stewards, like everyone, have very much an open-door policy. If someone has got a question, they can ask."

The sanction handed down to Hamilton is the most extreme in-race time penalty that can be given. Indeed, it dropped him from the race lead to well behind the back of the pack when he took it. 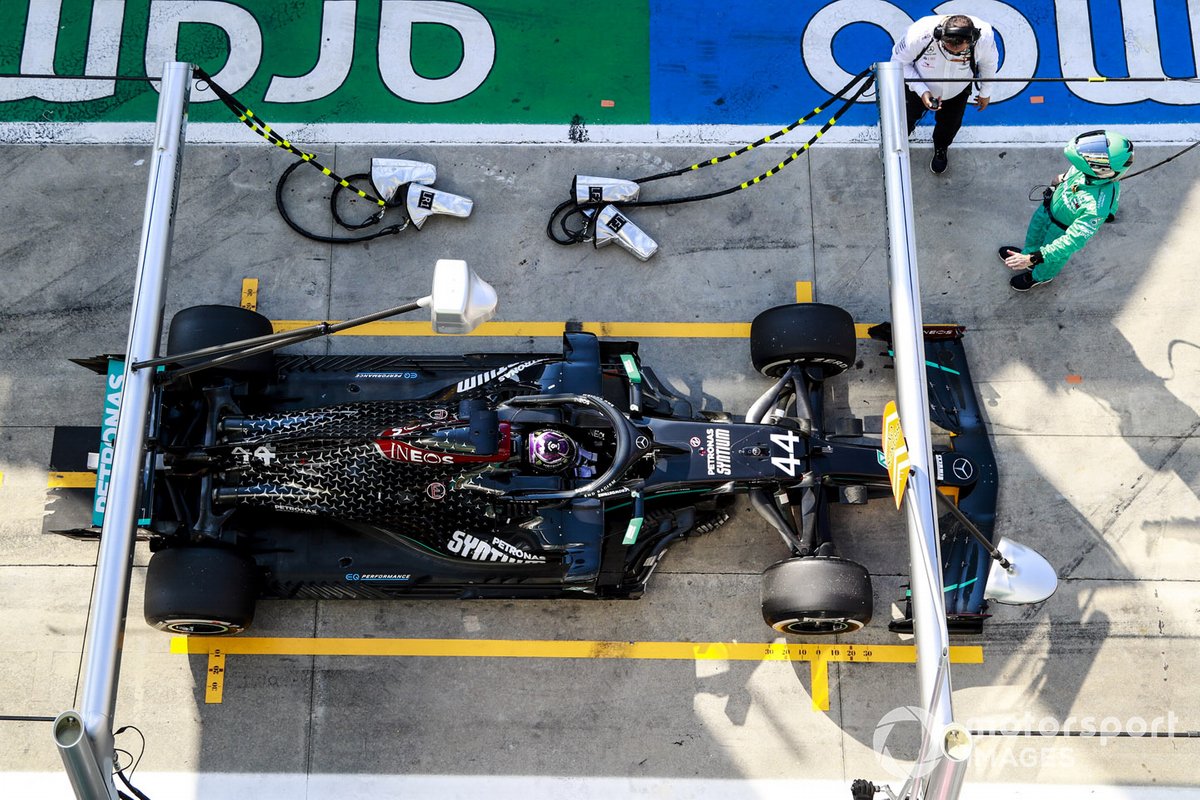 While some have suggested that such an extreme penalty may not have been justified considering Hamilton had not gained that much from the stop, the scale of the penalty is actually mandated in the rules.

Article 28.14 of the Sporting Regulations that covers the pitlane closure states: "A penalty under Article 38.3(d) (which is a 10-second stop-go) will be imposed on any driver who, in the opinion of the stewards, entered the pitlane for any other reason whilst it was closed."

As Masi said: "The simple part is that there is no flexibility within that. The stewards had a mandatory penalty that they must apply."

The stop-go penalty was put in the rules after the 2016 Brazilian Grand Prix when Daniel Ricciardo entered the closed pits and was handed just a five-second penalty.

Some teams felt that the time loss was too little, as more time could be gained from being able to change tyres at a moment when the pits were officially closed than lost through having the penalty added on at the end of a race.

Teams are also regularly consulted by the FIA over whether or not they agree with the scale of the penalties that are handed down for certain offences.

As Masi said: "All of the mandatory penalties were actually gone through one by one with all of the team sporting directors last year, to see those that we collectively felt needed to be changed, versus those that had to stay in.

"The sporting directors unanimously agreed they had to stay. All of the teams are well and truly familiar with the mandatory penalties within the sporting regulations."

Ferrari set to use classic livery for Mugello F1 race